The Senegal goalkeeper missed the Blues’ matches against Tottenham Hotspur and Aston Villa due to a knock he picked up in the Uefa Champions League game against Zenit St Petersburg.

Before the setback, Mendy has started each of Chelsea’s games this season and he has been passed fit to reclaim his spot. 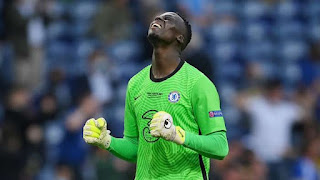