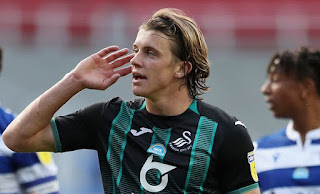 Multiple outlets in the UK have claimed Gallagher will pen a new contract with the Blues before joining their Premier League rivals.

The 20-year-old was impressive on loan at Charlton and Swansea City last season.

Gallagher featured in the 1-1 friendly draw with Brighton at the AMEX.