Ex-Tottenham Hotspur forward Garth Crooks believes Chelsea were not lucky to win against Brentford, that goalkeeper Edouard Mendy was outstanding.

The custodian pulled several top saves on Saturday to help the Blues claim a slim 1-0 win over the promoted side in the West London Derby. Benjamin Chilwell scored the lone goal in the 45th minute to lift his team over the determined Bees in the Premier League outing.

But the Thomas Tuchel charges should thank their custodian for making vital saves at the Brentford Community Stadium in Middlesex. 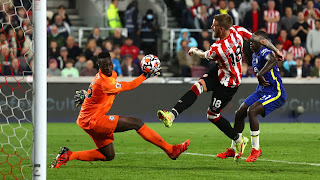