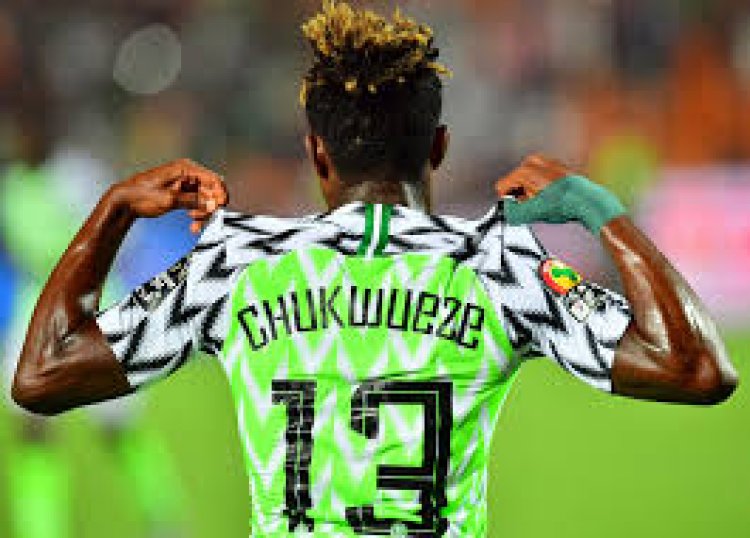 On Saturday after he injured his hamstring while on international duty with the national team in Kumasi, Ghana.

The Yellow Submarines travel to Estadi Ciutat de València for the match-day 30 of the 2021/22 season as they continue to fight to finish in a position that will see them compete in European football next season.

The 22-year-old was taken off after the first half at the Baba Yara Stadium, Kumasi after feeling some discomfort as the Super Eagles held the Black Stars 0-0.

Villarreal are now sweating on the fitness of the winger, who is yet to train with the team ahead of Saturday’s game.

Villarreal occupy seventh position on the league table with 45 points from 29 matches, three points behind Real Sociedad, who sit sixth on the log.

Chukwueze has been a key part of Unai Emery’s side, having recently rediscovered his form for the La Liga outfit.

The 2017 U-17 World Cup winner won his first major title with Villarreal since joining them from Diamond Football Academy after helping Emery’s side beat Manchester United in the final of the Europa League last season.