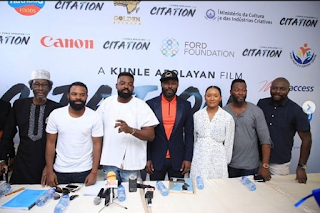 Following a viral video capturing the Golden Effects Pictures’ crew on a recce of scenic delights around Nigeria, Senegal and destination Cape Verde Islands, prolific filmmaker, Kunle Afolayan has announced his company’s readiness to shoot his next movie entitled CITATION.

Exploring a subject of social decadence in the educational sector, the new movie is a College Drama about a female postgraduate student who has to find a way of dealing with the awkward situation of sexual harassment from a lecturer. Addressing the media on Thursday at a press conference to unveil the journey of yet another creative endeavour in his near two-decade career, Afolayan said his company is set – after pre-production which started in October 2018 – for five weeks of shoot, beginning January 10, 2020 through February 15, 2020 in three countries.

According to the award-winning filmmaker, his company is partnering Ford Foundation on the project which has been designed to propel women to aspire to become successful leaders by providing counter examples to negative gender stereotypes.

Canon Central and North Africa, he noted, is also coming on board his movie project for the second time in a row, adding that CITATION will be shot with the new Canon EOS C500 MarK II camera – the first time the camera will be used in Africa. Other partners, according to Afolayan, include Access Bank, through its W Initiative – Africa’s premier women’s financial programme focusing on inspiring, connecting and empowering women and girls; online travel portal, Flyboku, for flights and related logistics; Ajike Peoples’ Support Centre, a Non-Governmental Organisation and pet project of Mrs. Olufolake Ajike Abdulrahman Abdulrazaq, First Lady of Kwara State; and Ministry of Culture and Creative Industries in Cape Verde, as main sponsors of the country’s locations of the shoot, following a meeting with Minister Abrãao Vicente and other officials during the recce in October last year. 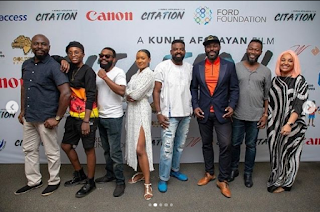 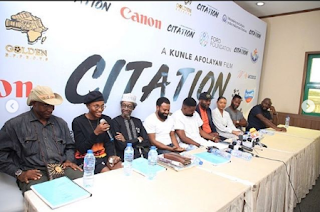 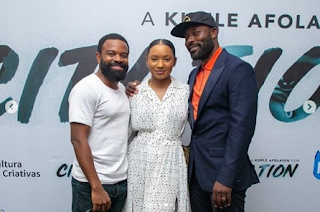