A comedian dressed as Superman was hit by a bus while performing a stunt on May 30.

Luiz Ribeiro de Andrade, who is nicknamed Superman, tried to film himself pretending to stop a bus in the Brazilian municipality of Barra dos Coqueiros.

The 35-year-old is filmed standing in the middle of the road, dressed in Superman costume, while a bus comes speeding straight towards him. 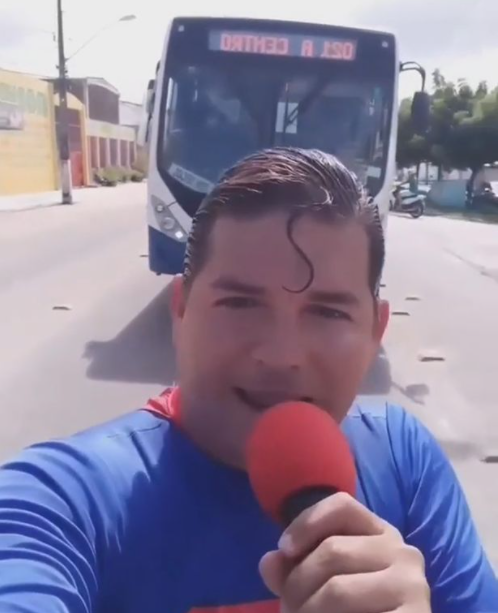 Rather than leave the road, he put out his hand and tried to pretend he was stopping the bus, probable hoping the bus would stop on its own without hitting him.

However, he was struck by the bus and he fell forward in shock. 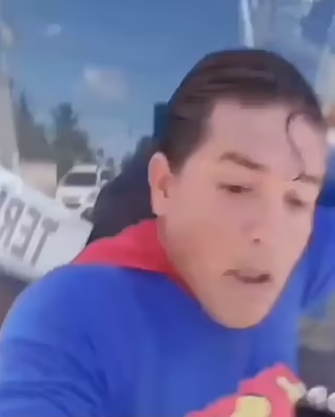 Despite his stunt failing, Luiz, who appeared unhurt, is seen calmly walking down the road afterwards.

He then covered the failure of his stunt by joking that he’s indeed made of steel.

Despite his stunt failing, Luiz, who appeared unhurt, is seen calmly walking down the road afterwards.

He then covered the failure of his stunt by joking that he’s indeed made of steel.

“Now I’ve seen I really am made of steel,” he said after the incident. 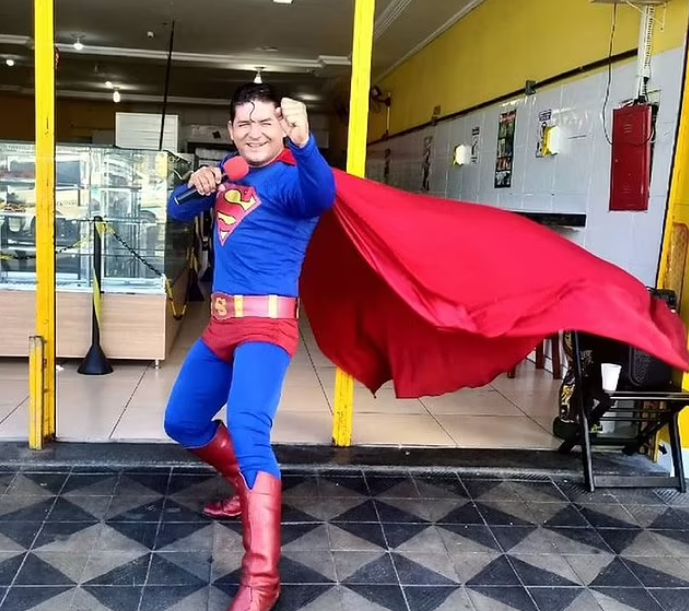 In an interview with F5 News the next day, Luiz said he miscalculated his distance and ended up being hit by the bus, rather than simply halting it with his hand.

He also said that the “hand of God” had saved him from getting more seriously injured in his stunt, adding that he luckily didn’t feel “anything” when he was hit by the car.

He added that the accident was completely his fault and that there was no problem with the bus’ brakes, as he had suggested in his video.

He told F5 News: “I take responsibility for everything. I went to the bus company so that the driver would not be penalised.

“There was no problem with the brakes. He did what he could and I acted wrong.

“It’s a stunt I always do, but this time it almost turned into an accident, and it wasn’t serious because the hand of God was there.

“I didn’t feel anything with the knock. I was hit through my own fault and a miracle of God took place there. God acted at that time and protected me.”