Cossy Ojiakor is bent on clearing her name and getting justice for a wrong she believes was done to her years ago, which derailed her career.

Cossy Ojiakor acted in a movie, Itohan, where she simulated having sex with a dog. The story was published by Journalist Moshood at the time but it was written to look like she really had sex with the dog. Cossy accused former friend Halima Abubakar of being the one who prompted Tunde Moshood to publish the damaging story.

In recent weeks, Cossy has been speaking up and calling out both Moshood and Halima Abubakar. But Moshood replied and seemingly insisted Cossy truly had sex with a dog. He shared a video to Instagram to prove this. But viewers pointed out that it doesn’t show any form of penetration.

Now, Cossy is tasking Nigerian journalists to go the extra mile to interview the producer of Itohan to find out what truly happened. She dropped the name of the producer and asked that the truth be uncovered.

When asked why she’s just speaking up, Cossy said at the time the damaging article was published, there was no social media so she didn’t have a platform to refute the claims and give her side of the story. 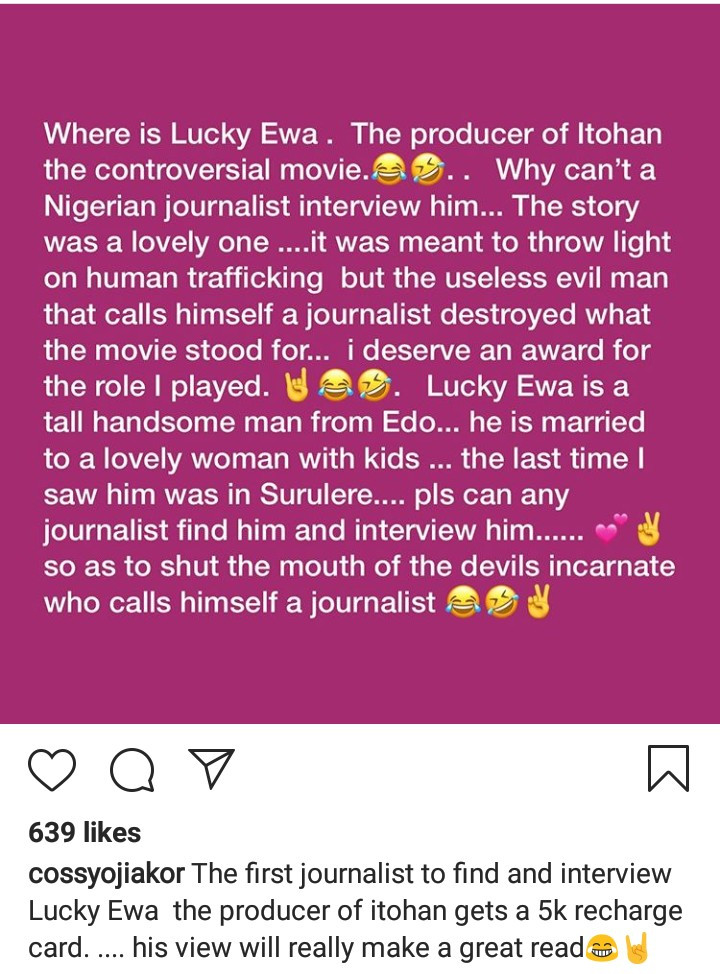