Controversial Nigerian actress, Cossy Ojiakor has taunted Apostle Suleman days after it was revealed he bought a private jet.

According to her, the renowned pastor still owes her a Range Rover Sport for pimping ladies to him.

When fans critisized her for calling him out again, she said she isn’t scared of death.

If you recall, in 2018, Cossy alleged she pimped actresses, Daniella Okeke and Iyabo Ojo to the pastor.

She alleged that he had promised to buy her a Range Rover but ended up giving it to his girlfriend an actress alleged to be Iyabo Ojo. 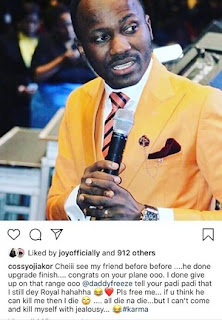 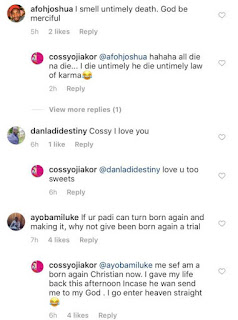 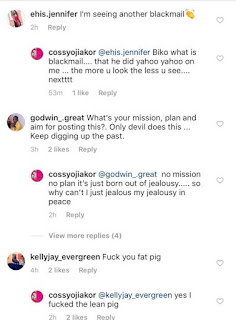 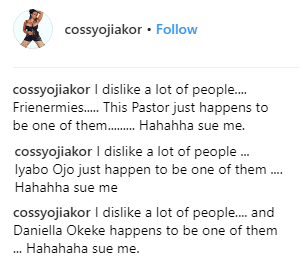