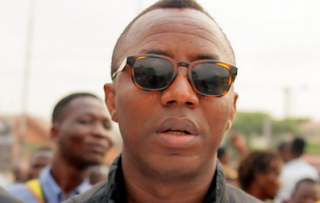 Justice Ijeoma Ojukwu, who gave the order, also awarded an N100, 000 fine against the DSS over its delay to serve the defence counsel with the additional proof of evidence in the ongoing trial of Sowore and Olawale Bakare.

The judge, who was visibly angry over the development which has caused the court to adjourned the trial at the instance of the DSS, said the fine must be paid to the defendants before the next adjourned date.