The Minister of the Federal Capital Territory, Malam Muhammad Musa Bello has been administered with the booster shot of the COVID-19 vaccine. He called on residents of the nationâ€™s capital to avail themselves of the opportunity, even as he described his COVID-19 experience as unpleasant. The Minister of the Federal Capital Territory, Malam Muhammad Musa Bello has been administered with the booster shot of the COVID-19 vaccine. He called on residents of the nationâ€™s capital to avail themselves of the opportunity, even as he described his COVID-19 experience as unpleasant. In his message to residents of the FCT after taking his booster shot on Friday, the Minister said: â€œI thank God Almighty that I took the first and second doses of the COVID vaccine, because on the 31st of December 2021, I was tested positive for COVID-19 and even though I was told it was mild, I know what I experienced. â€œAlthough I was not hospitalized, I was quarantined in my residence for three weeks because subsequently, even after taking the medication, I tested positive twice. It was the third time that I got a negative result. If I had not taken the first and second doses, probably what has happened to many of my dear ones would have happened to me,â€ the minister added. In a statement by his Chief Press Secretary, Anthony Ogunleye, on Sunday the minister said, â€œI tell you, even the mildness of the disease was something else because it hits you in many directions. When I had it, no matter how strong I felt during the day, for about 15, 20 minutes around 6pm, when Iâ€™m seated, I just fall asleep and then after 15 minutes, Iâ€™m able to turn up again. This is aside from the sore throat, the headaches and all the weakness you get, especially in your joints. I had to change my course of medicine after the first 10 days.â€ Commenting on the other effects of the disease, the minister added that, â€œFor three weeks, I was not productive. I didnâ€™t go out of the house, I never had a chance to do my work and the multiplier effect was tremendous because even now, Iâ€™m just trying to cope, to clear all those files that I was not able to handle when I was quarantined.â€ While thanking the Federal Government for ensuring the availability of the vaccines for Nigerians, he urged residents to get vaccinated because the vaccines indeed do save lives. In his words, â€œI tell you, from the figures I get from our Public Health Department, a hundred percent of the deaths that we experienced in the FCT during the last few weeks as a result of COVID-19 were from those who were not vaccinated. So, the thing is that for those that are vaccinated, chances are that their cases will be mild, like my own case.â€ In concluding his message to FCT residents, Malam Bello said, â€œSo, my message to us is let us all get vaccinated. For those who have been vaccinated for the first and second doses, I advise them to go for the booster. I will take all the recommended shots because I donâ€™t want to go through what I went through again.â€ Also speaking, the Secretary for Health and Human Services of the FCTA, Abubakar Tafida, said that a total of 433,000 people in the FCT have taken the first dose and 286,000 have had the second dose and so far, about 12,000 have taken the booster shot. Confirming the words of the minister, Tafida added that since November 30, 2021, when he assumed office as the Secretary for Health, a total of 16 deaths had occurred as a result of COVID-19 and none of the victims had been vaccinated.

Why are successful rich women not dating or marrying poor guys? &#8211; Singer Paul... 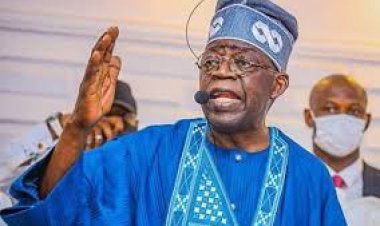 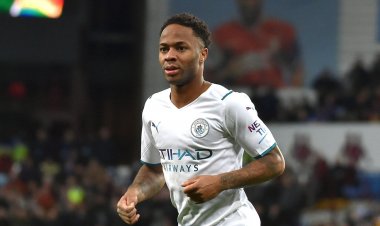