Cristiano Ronaldo has publicly backed claims that Lionel Messi stole the Ballon d’Or from him and Robert Lewandowski.

Ronaldo,  a five-time winner, finished sixth and 435 votes with the Manchester United forward commenting ‘facts’ underneath a fan post detailing why the Portugal captain deserved the gong over Messi. 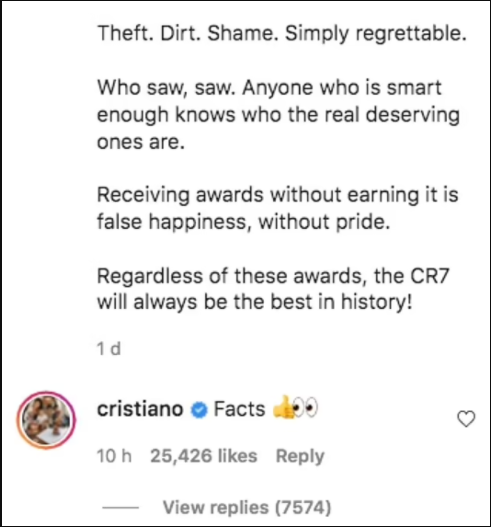 The post, on the page of a fan account called ‘Cristiano Ronaldo – The Legendary’ which Ronaldo himself follows, details Ronaldo’s 2021 achievements before branding Messi’s accolade as ‘Theft. Dirt. Shame. Simply regrettable.

”Who saw, saw. Anyone who is smart enough knows who the real deserving ones are. Receiving awards without earning it is false happiness, without pride.’

’43 goals in the year, 6 goals in 5 games in this Champions League, all decisive and a guy who, regardless of age, continues to work miracles and is the guy who most impresses the world most often.

‘They still put the guy in 6th… Do you really think that 5 guys did more than him in the year? Never.

‘He could fight for this award calmly and the fight would be good with Lewandowski who in individual numbers was incredible and Bayern had a better season than Juventus and has been having a calmer season than United, but at the national selection level for example, Cristiano was much better.

And who does the prize go to? For Messi, who only won the Copa del Rey by Barcelona, ??he hasn’t scored a goal against Real Madrid since when Cristiano left, disappeared in the big games of the season, won the Copa America that was supposed to be every 4 years and do practically every year.

‘He didn’t score in the final or in the semifinal. And he’s been having a weak season with PSG individually.

‘For Cristiano to win this prize he has to be 300% unquestionable. It’s no use scoring the most beautiful bike of the year, being champion of everything by club, top scorer of everything and scoring a hat-trick in the World Cup, they still provide a way to take his prize.

‘With Messi, it’s the other way around. He can do a low-key season, way below, they’ll always find a way to favour him and give him the prize.’ 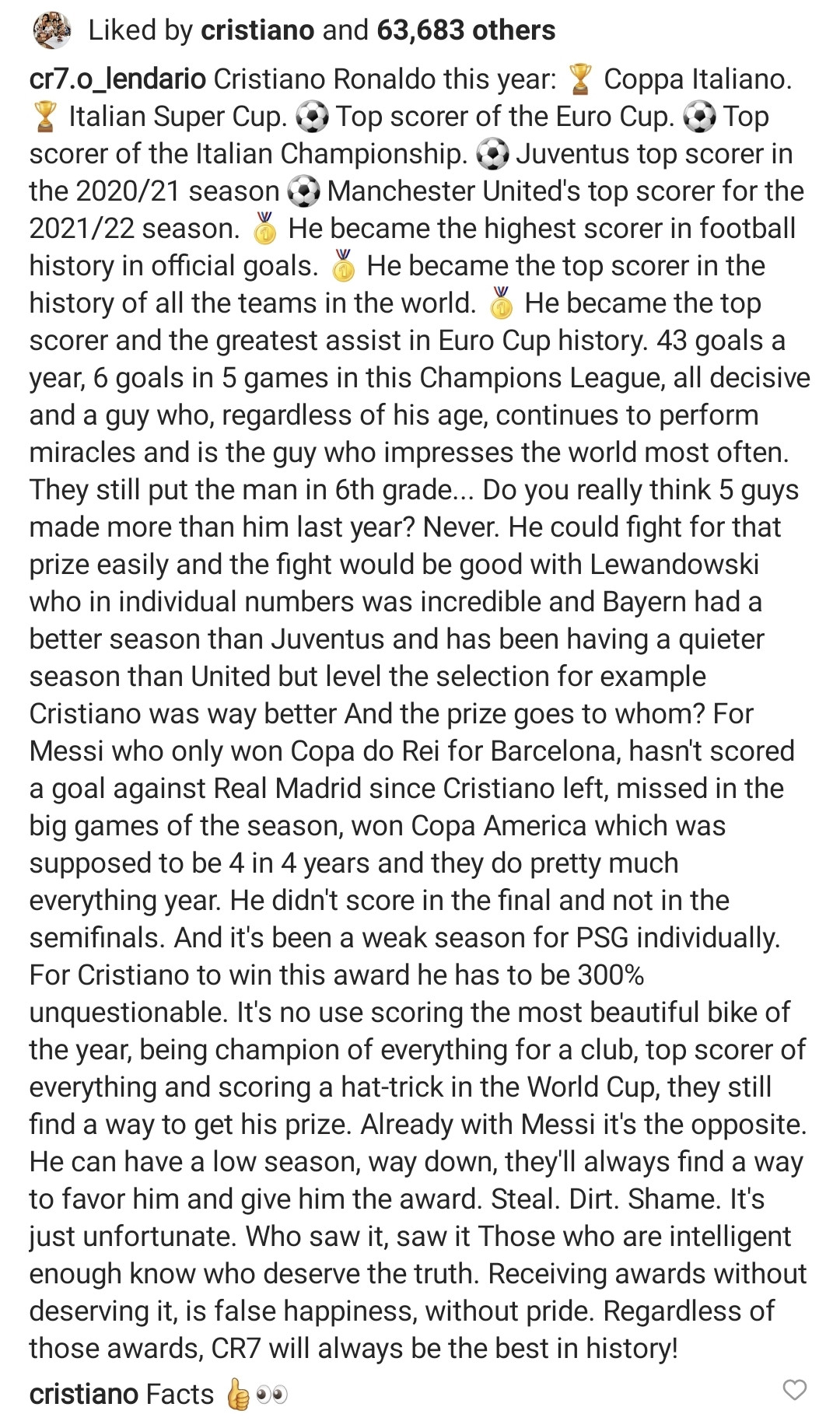 The United player commented under the post writing ”Facts” with a thumbs up and side eye emoji.