It was gathered that the Agricultural and Environmental Engineering student was killed on Friday night, July 31, in a lodge around Gabiz Hotel, opposite Benue Judges Lodge, Makurdi. 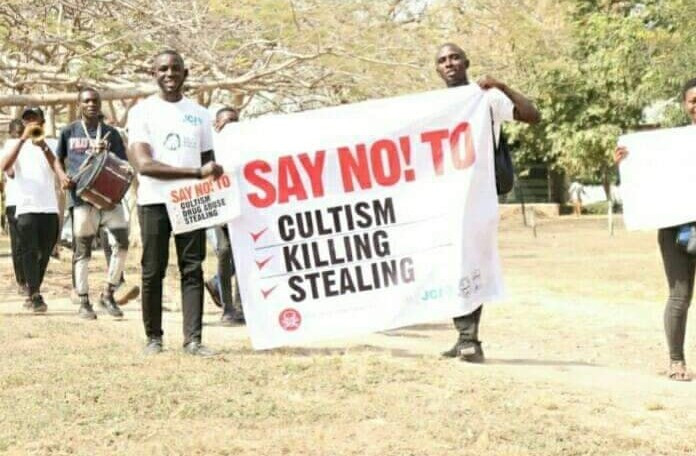 Isaac pictured during the anti-cultism campaign he orgainised in 2020

According to an eyewitness, Isaac was shot dead and his corpse put on a pile of his clothes and burnt by suspected members of Aye and Vikings confraternity.

Details of the incident are still sketchy, however, close friends and colleagues said Isaac was not a cultist, adding that he was at the wrong place and wrong time.

It was further learnt that the deceased had organised an anti-cultism campaign in 2020, as confirmed by one Japhet Terseer. 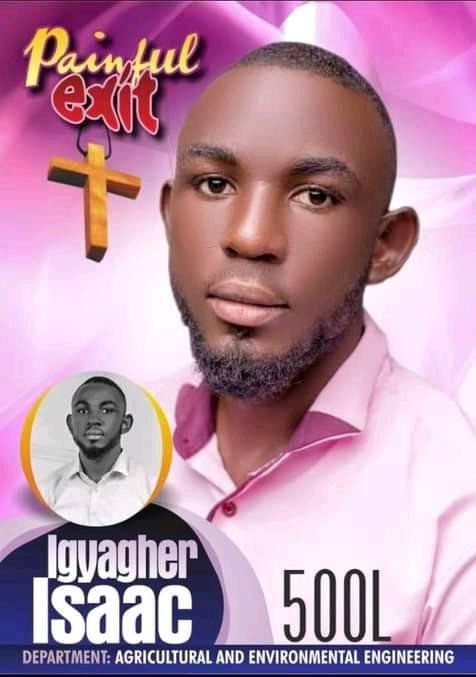 Meanwhile, friends have taken to social media to pay glowing tributes to the young man.

One Ongolo Neville revealed that the deceased had planned on empowering some women in IDP camps in the state and was seeking for sponsors before his brutal murder.

“I went for wedding today @ Sheraton today in honour of my long time friend. While at the wedding I met CJ and he show me a picture of one guy who was murdered yesterday. Lol and behold it was my very own JCINFUAM IPP Igyagher Isaac. Still I didn’t believe until when I called my JCINFUAM member and he confirmed that is true, that’s when I believed,” Ongolo wrote in his tribute.

“I knew you are a phenomenal personality, you have always ensure to put smiles on the crying faces. I can still recall when you called last month, you said Neville How can we engage those idle able bodied women in IDP camp. We suggested it is good for us too look for means how we can skilled some of the women through fashion designing. Immediately, you begun looking for partners to fund the project. Not knowing Mr dead will come uninvited to sweep you away like a flood

“Igyagher Isaac you made me act in great strength, a reserve me became open to easily reach out to people through one word you said to me. You said they are people just like me don’t fear to reach out to them.

“You lived your life on purpose. Whatever that surrendered surrendered your dead the good Lord know. May your soul rest in perfect peace. I will forever remember you.” 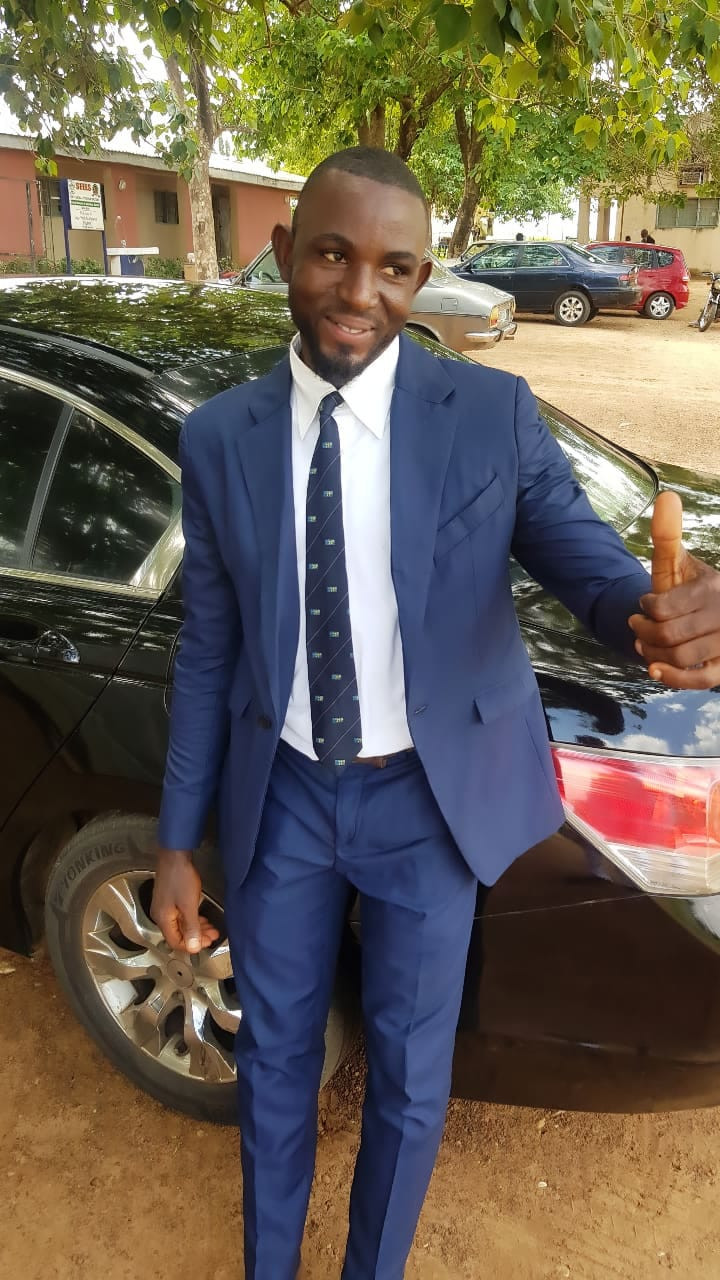 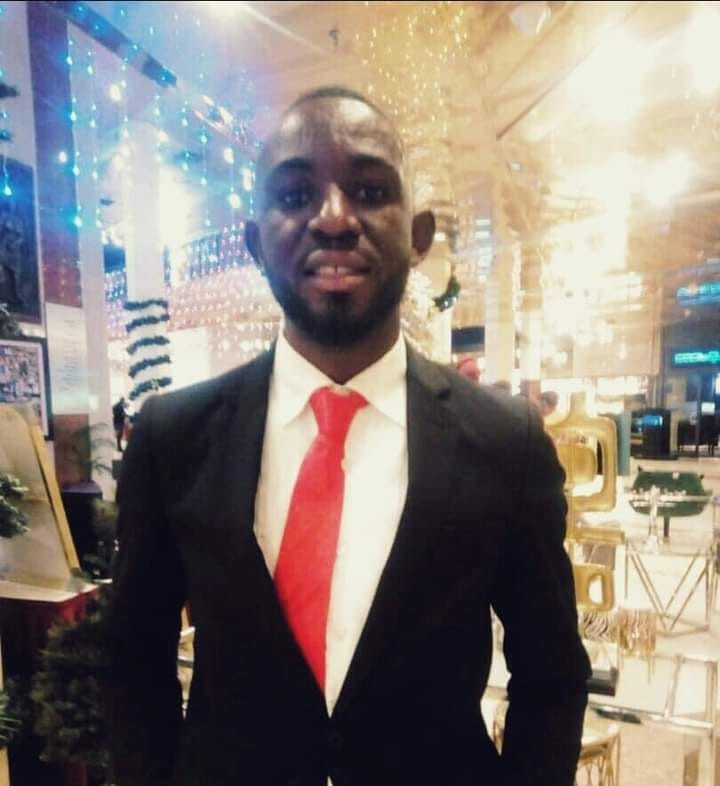 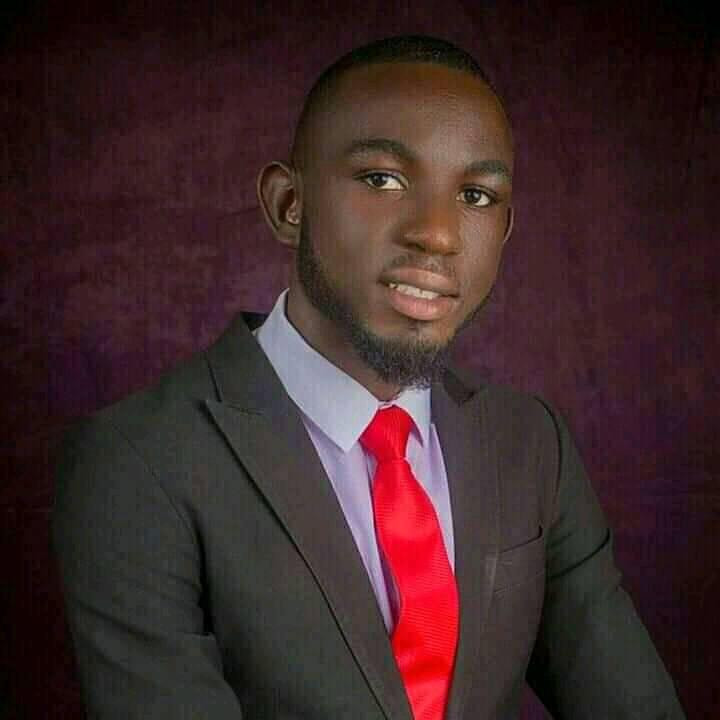 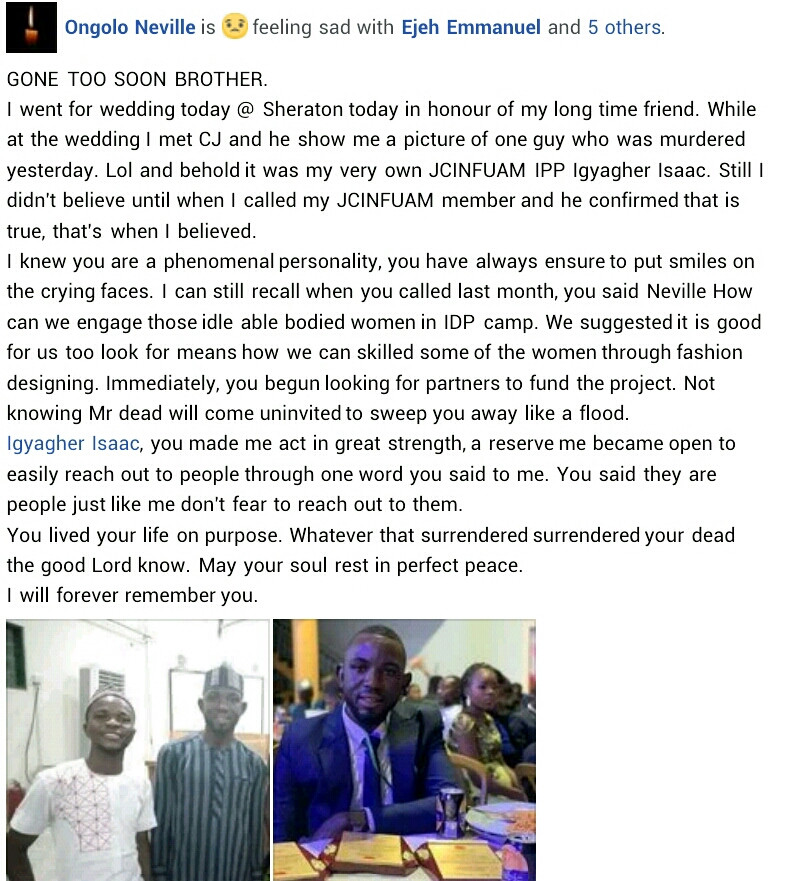 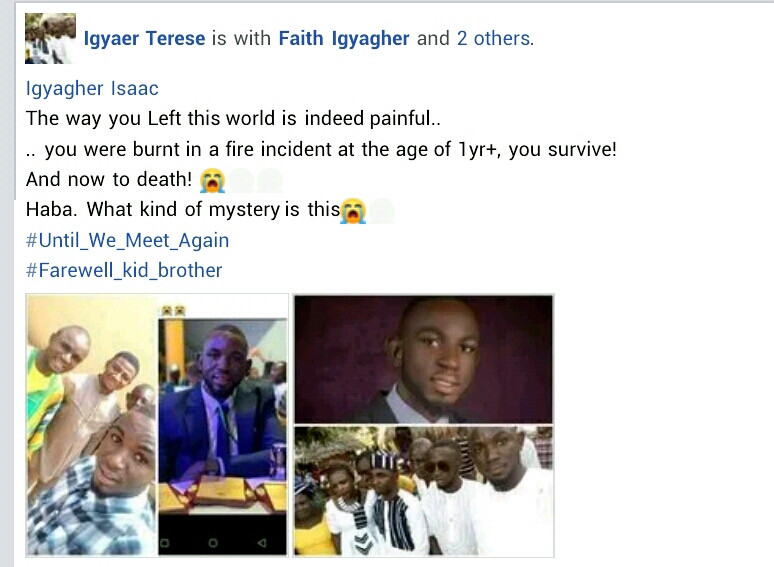