Two men including a Nigerian national, have been arrested in India for duping people in the guise of providing jobs, matrimonials, and sending gift packages.

The accused, Obinna Fidelis Igboanugo, 27, who reside in New Delhi and Anil Kumar Pandey, a 36-year-old businessman, were arrested by the Cybercrime wing of Rachakonda Police.

The cybercrime team worked hard to nab the culprits and finally, by using advanced technologies, the duo were arrested from New Delhi and brought to Hyderabad on transit warrant.

The Commissioner of Police, Mahesh Bhagwat said Obinna, who came to India on a visiting visa, learned from his Nigerian friends that he could earn easy money through Facebook by posing as an European with Indian citizens.

“For this, he downloaded pictures of European men and women from different Facebook accounts and created several fake FB accounts posting those pictures. He shared 10 per cent of the fraud money to Anil Kumar, who helped him in carrying out transactions,” said the commissioner.

Igboanugo destroyed the phone and SIM card soon after the victims transferred the money into his targeted accounts.

Pandey, who is from Bihar, has been working at a hotel in New Delhi. He started a business of debit/credit cards/swiping machines during which he procured 13 bank accounts, 19 swiping machines and 65 debit cards. 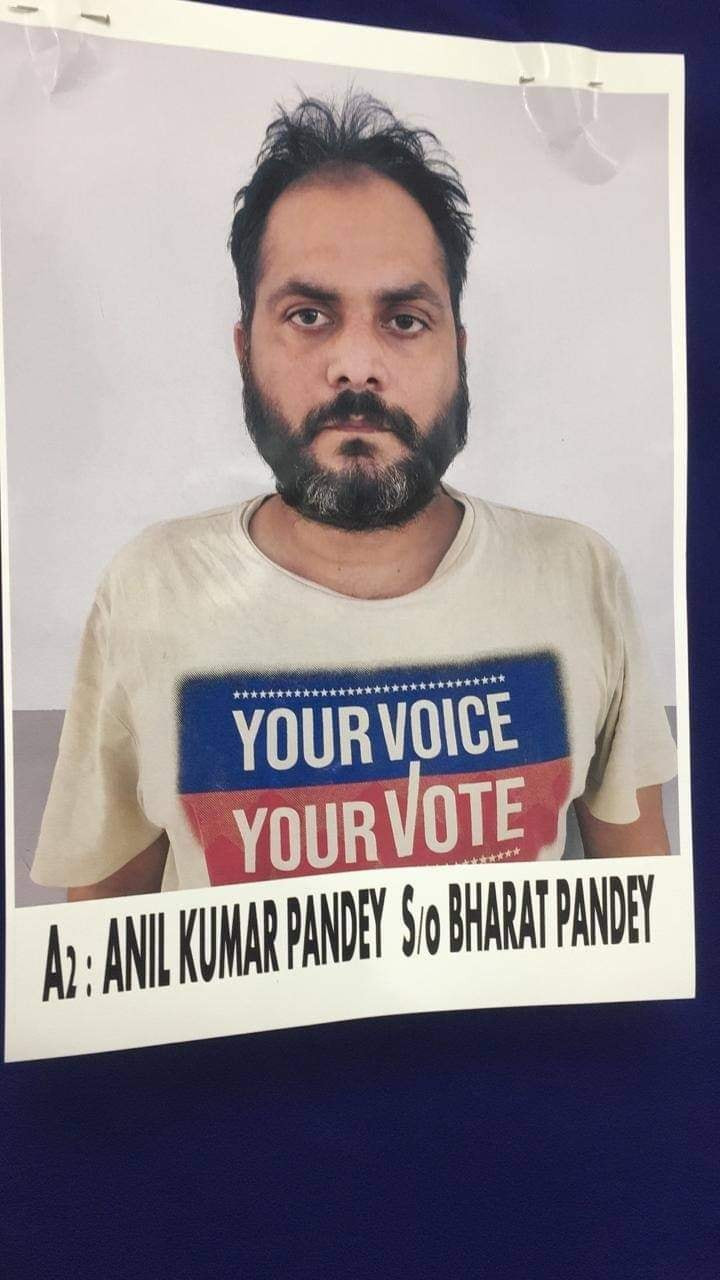 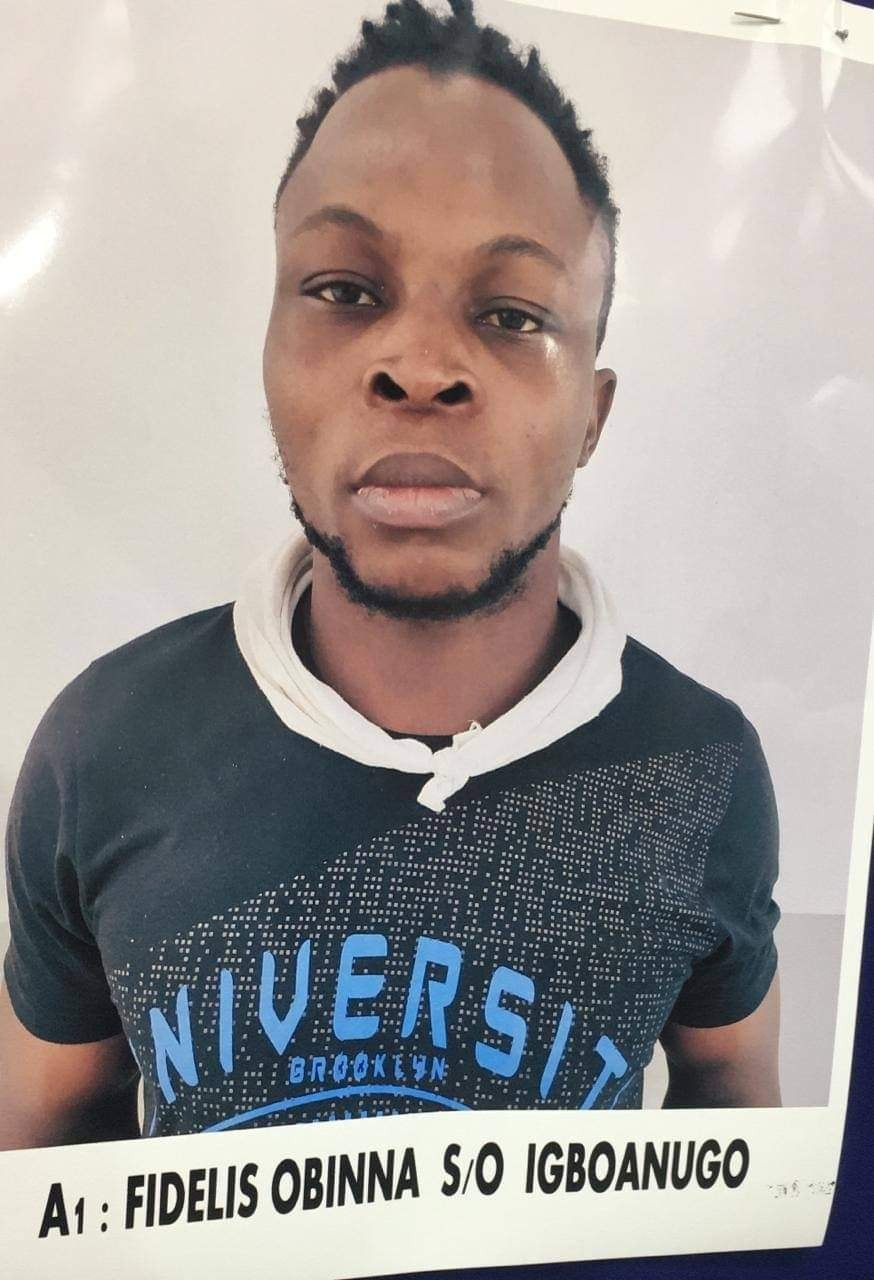 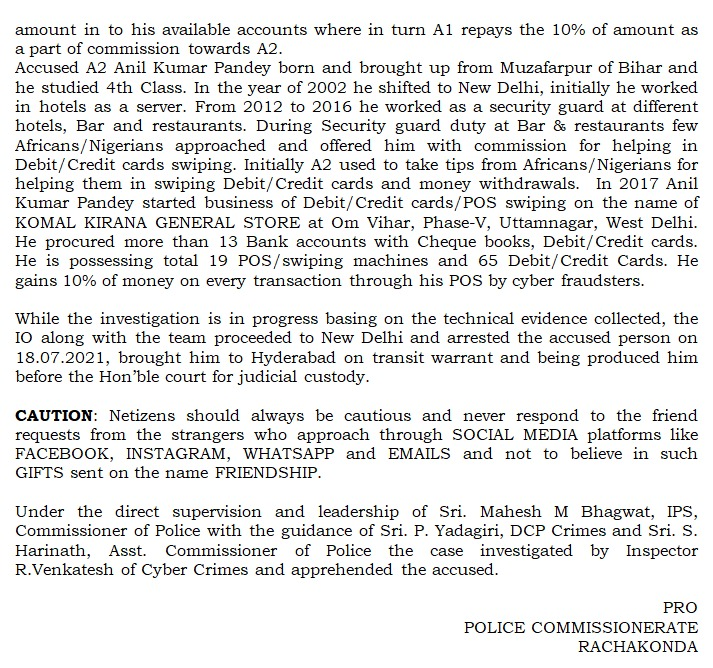 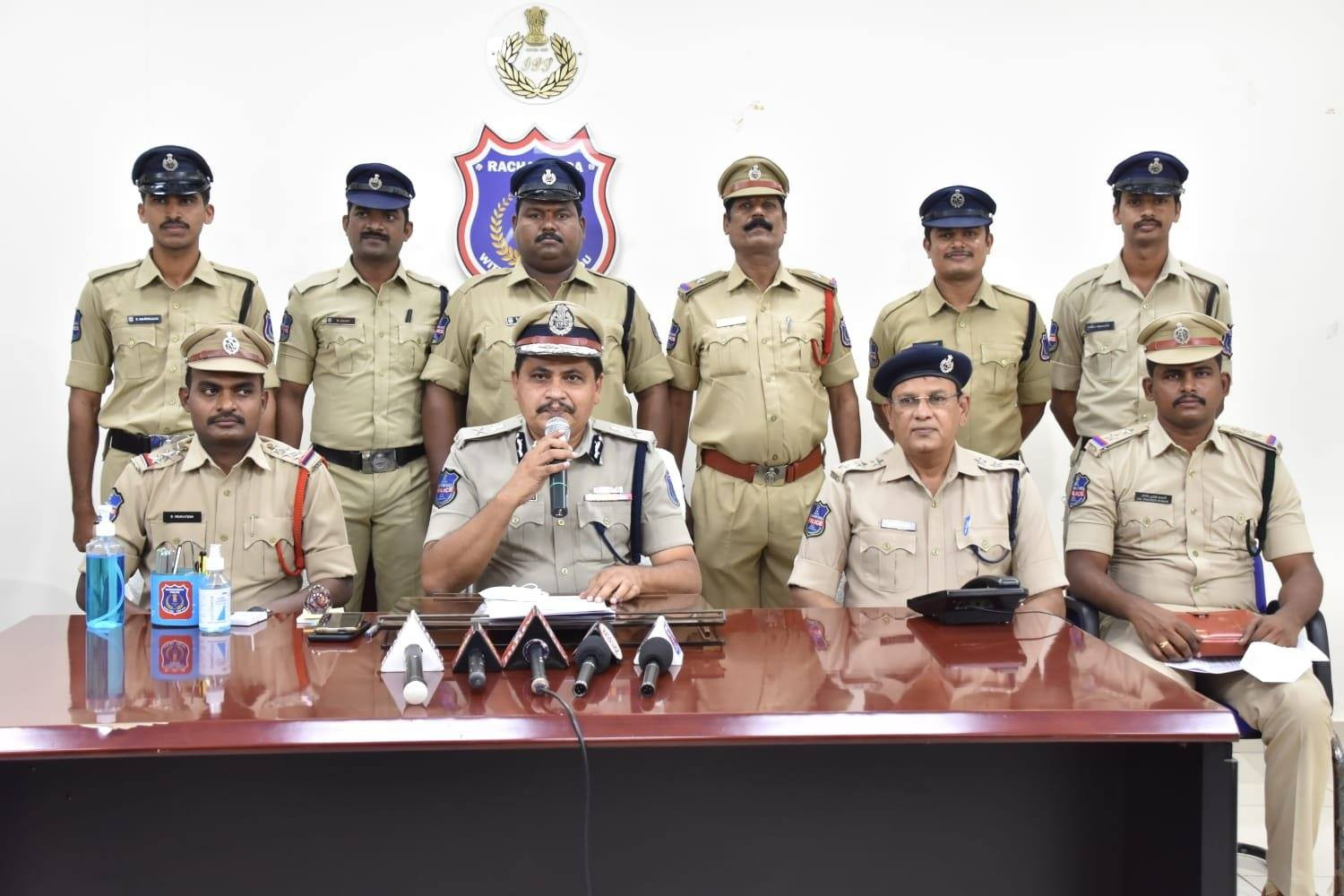 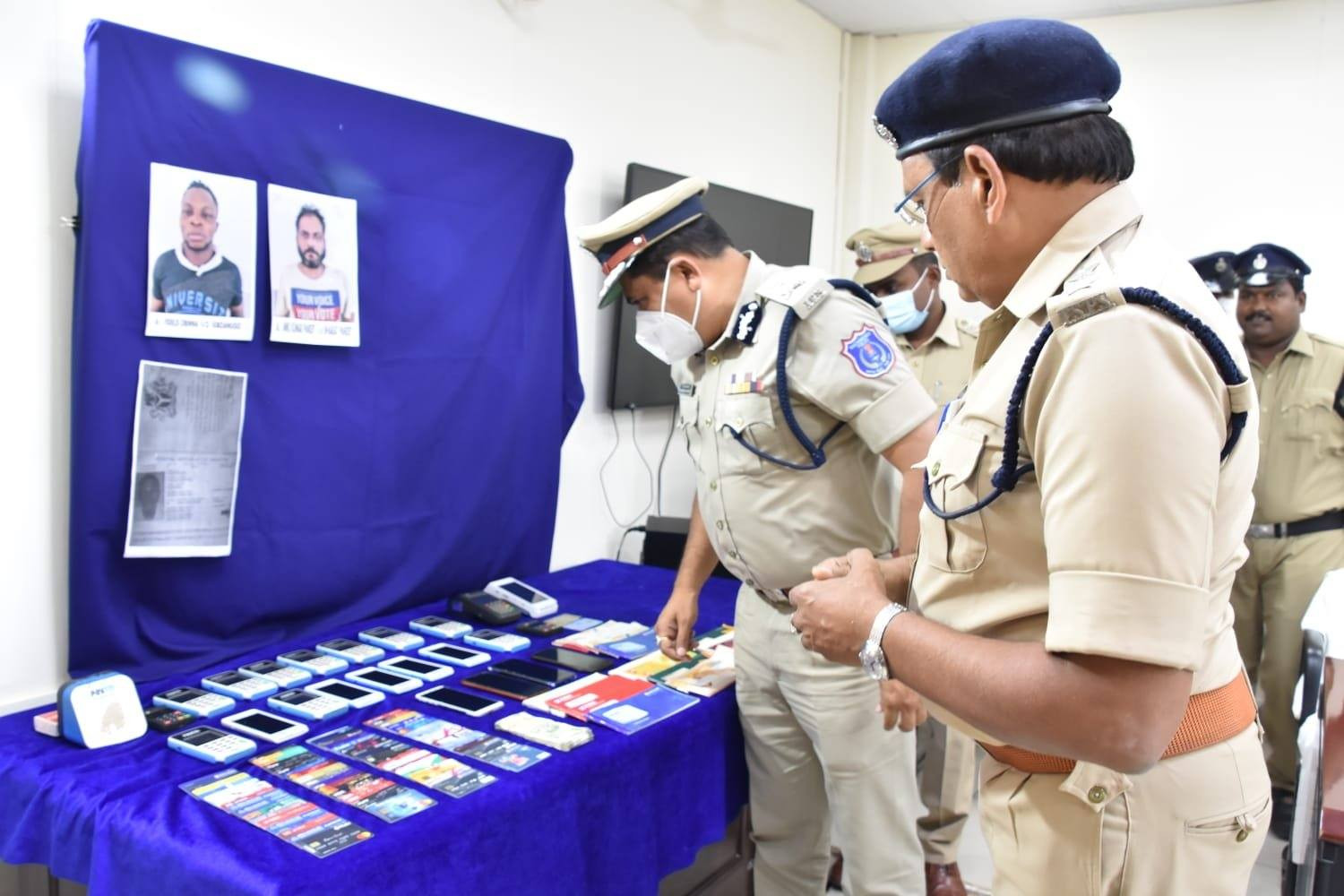 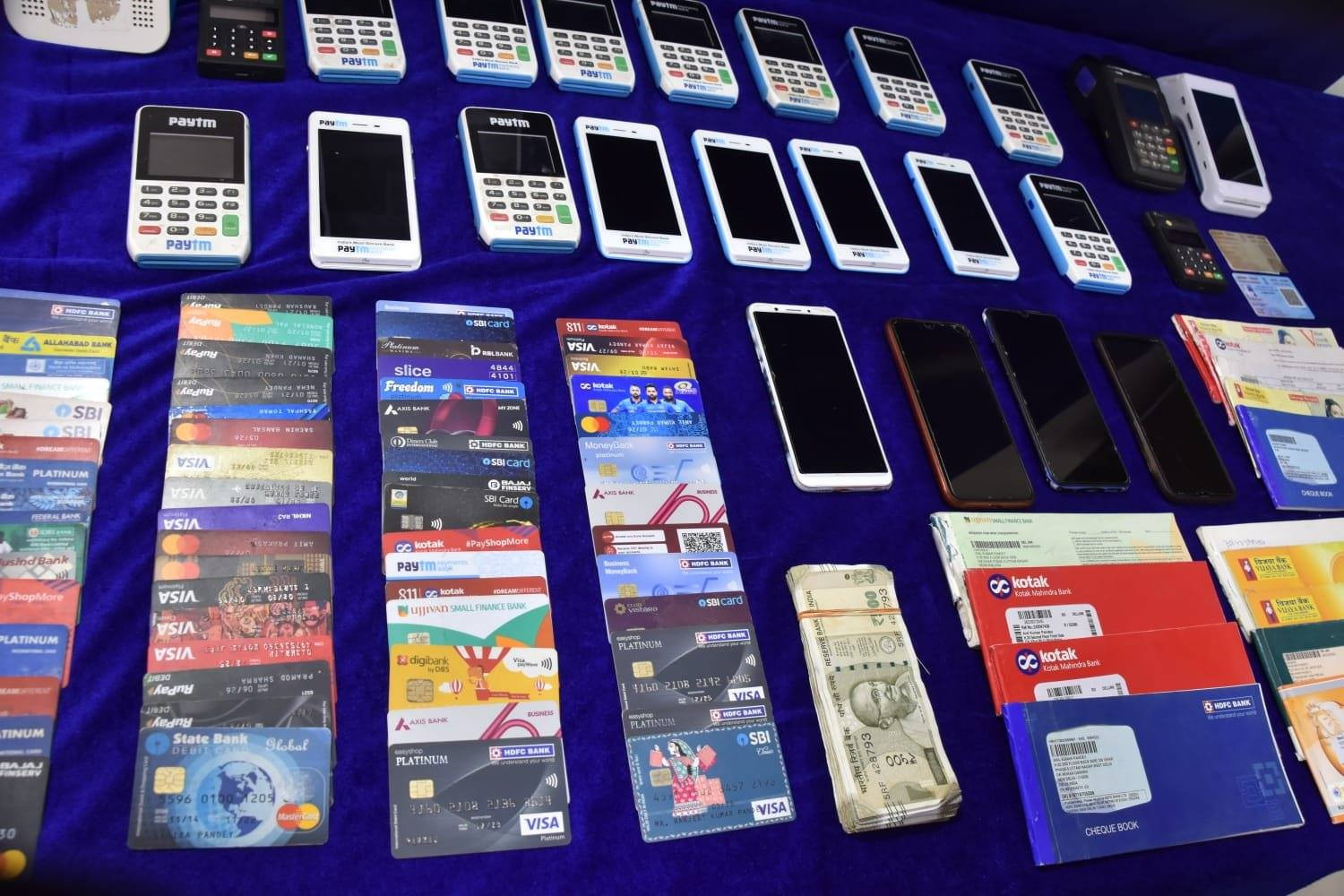 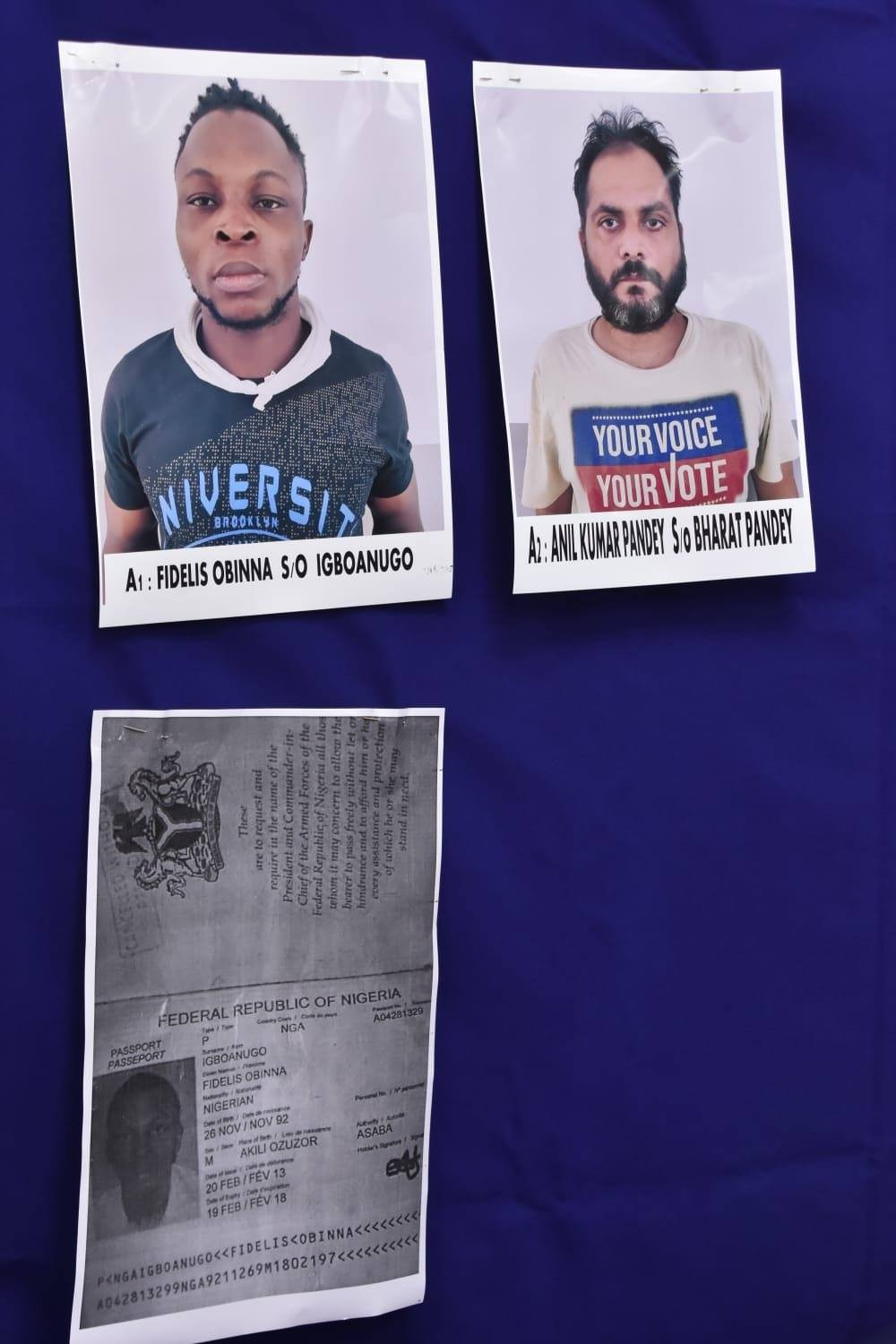 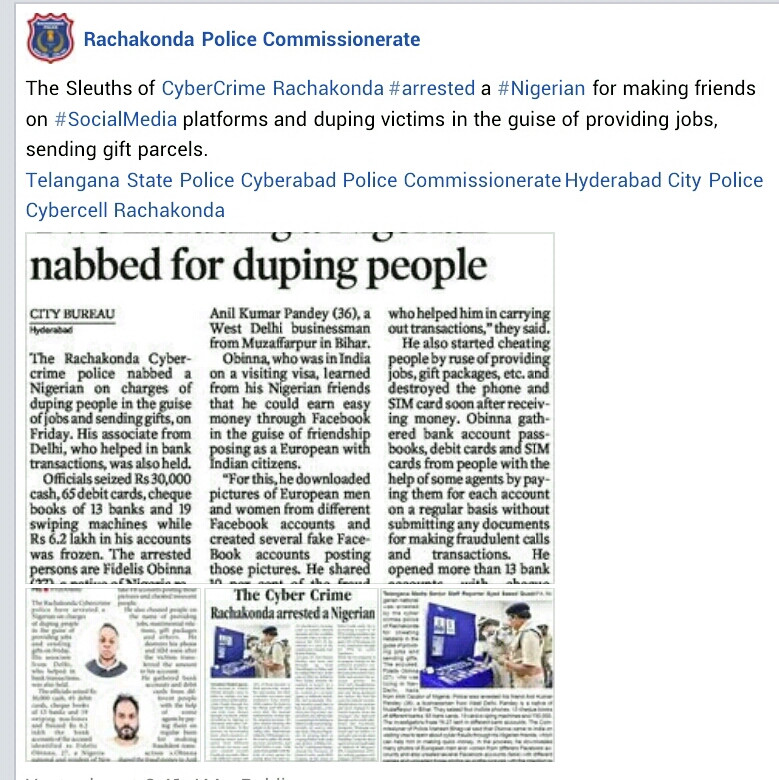 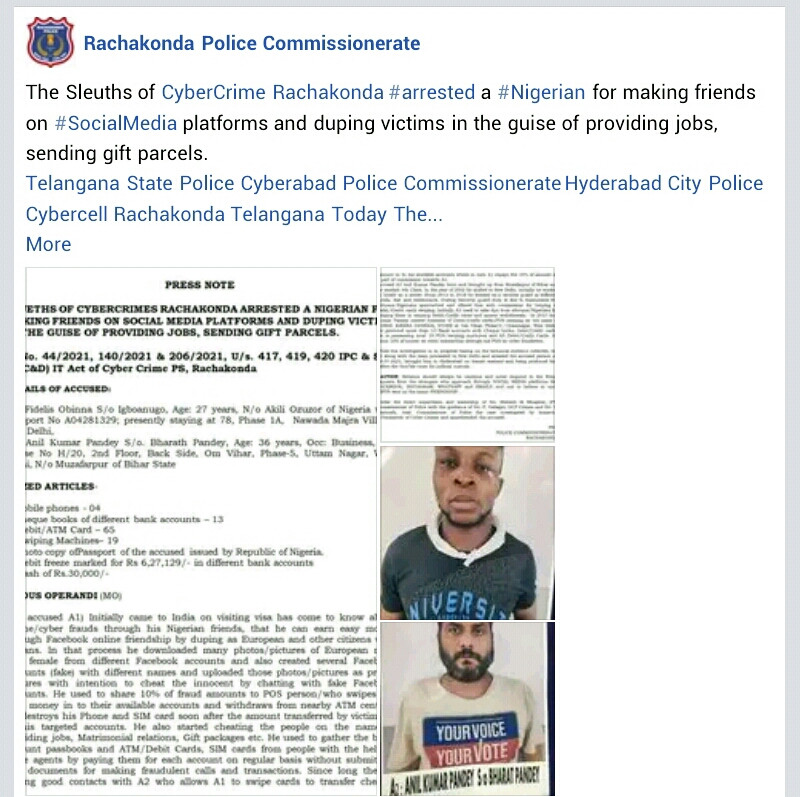