Daddy Freeze has weighed in on the conversation about who gets a dead man’s property between his widow and siblings.

The debate began after a Twitter user said the customs and traditions of his place give him a right to his late brother’s properties and not the wife.

As people shared their opinion on the matter, a Twitter user responded, saying that what he fears is his wife getting his wealth only for her to fall in love and marry another man who will then enjoy what he had worked for. 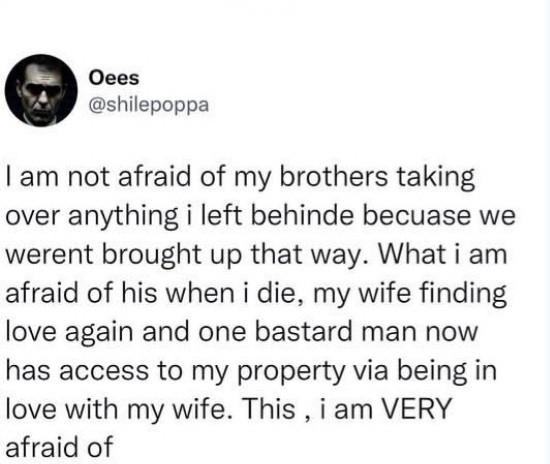 Responding to the Twitter user, media personality Daddy Freeze said he has pondered over another man enjoying his wife and property and it “isn’t the most reassuring of thoughts.”

However, he added that that shouldn’t make a dead man’s siblings take over his properties and leave the wife with nothing.

Freeze advised the Twitter user to treat his wife well so that even if he’s dead, he’ll live fondly in her memories.

See his response below. 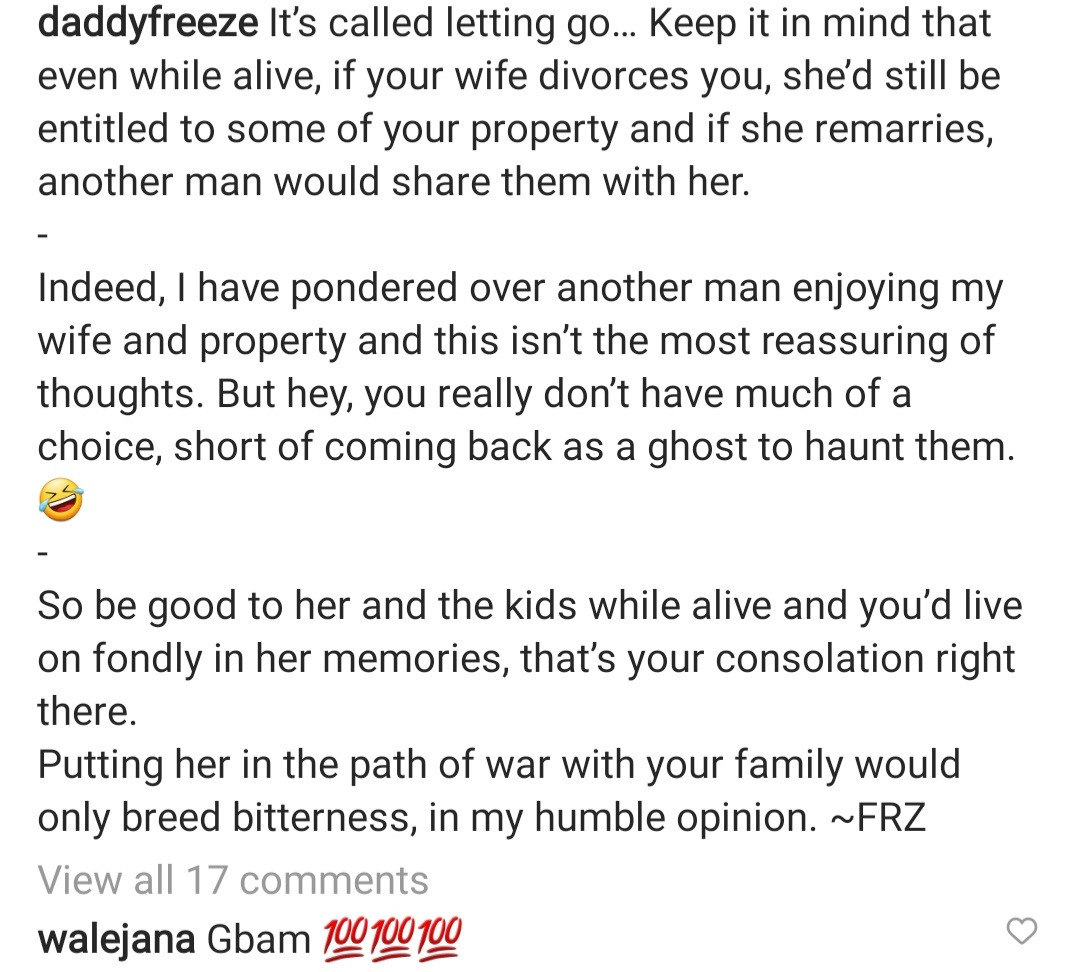