Brymo in a Twitter thread alleged that some time ago, 2face Idibia accused him of sleeping with his wife, Annie.

Freeze in a post shared on his Instagram page said Brymo shouldn’t have made the allegation public. According to him, the timing for Brymo’s calling out was not right.

”Brymo, in my humble opinion, saying this is wrong… haba.. And the timing too, these people have gone through a lot…

I’m not saying you shouldn’t speak your truth, it’s just better to let certain dogs lie, and kicking a man when he is down is also not right.”

Sonia felt his post was unnecessary as he doesn’t have the right to tell a person how to deal with their emotions.

”@daddyfreeze with all due respect. Do you have sense at all? Are you OKAY? What gave you the RIGHT? How dare you judge someone’s PAIN and TRUTH? Did you read well at all? Please focus on your fight with PASTORS and leave other matters alone.

So his inner peace, pains, emotional struggles and all he lost in the process doesn’t matter? Or just because @brymolawale isn’t in limelight NOW is that it? Oh so is okay for @brymolawale to let the sleeping dog be at his own expense? Some Nigerians should learn how to say the TRUTH when someone comes out with their truth irrespective of the person (star) involved”

Freeze saw her comment and took to his IG page to fire her. He wrote

”My response was clearly directed to Brymo, not to members of a coven of frustrated homosapiens and subliterate pillocks, looking for online carrion to sink their putrid fangs into. My message was clear, so if you find it confusing, get a rewire for your head, because your brain don dey on ‘check engine’ light.

And just to set the record straight, the points I raised were not directed towards being sympathetic or unsympathetic to Brymo’s plight. Rather, I chose the medium to express that a more appropriate ‘timing’ would have sufficed, as kicking a man when he is down is impolitic in my humble opinion.

Furthermore, If he is telling the truth, then obviously Tuface made the allegation privately. So, why is he responding publicly? In doing so, he leaves himself open to suspicions and accusations. 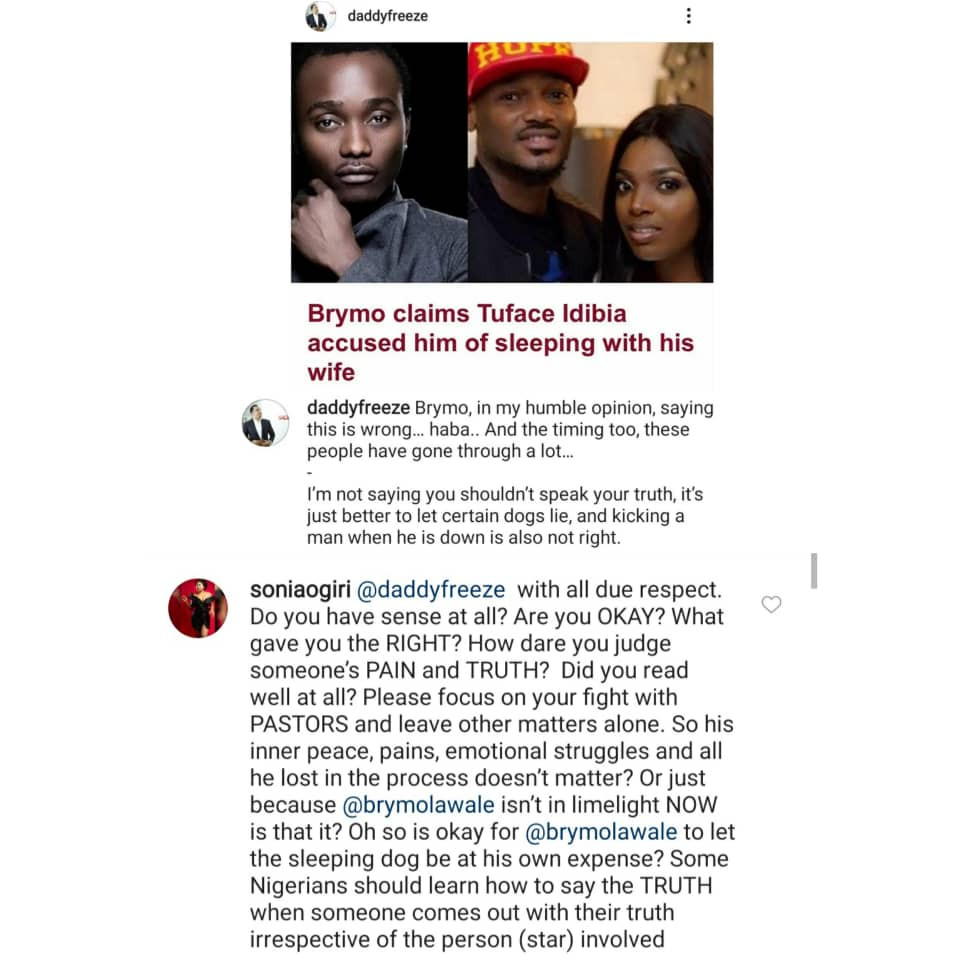 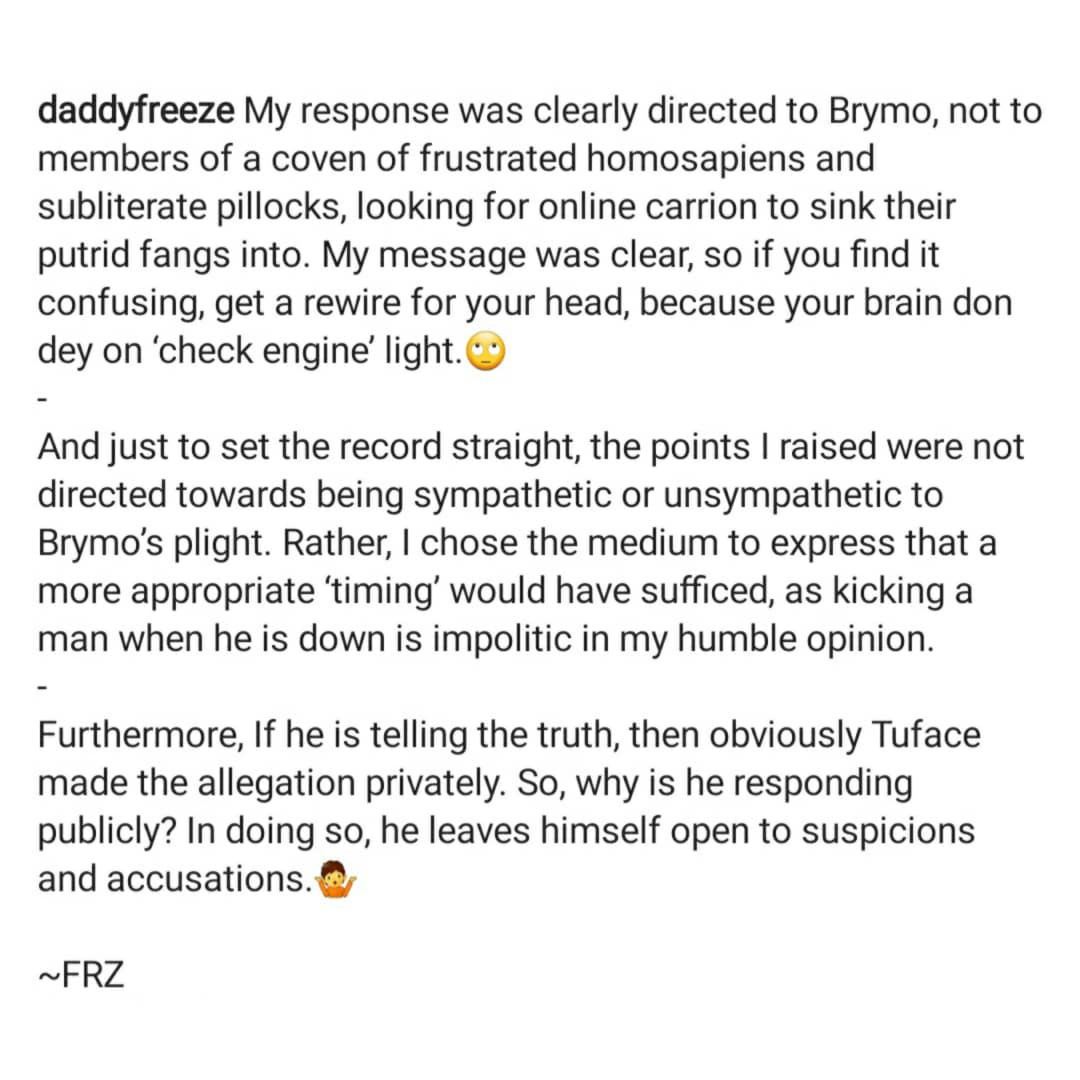