Zodwa Wabantu put up a scandalous display during her last performance in South Africa.

The singer, popularly known for performing without panties, positioned herself above her male fans during her performance and opened her legs, allowing her male fans to see between her thighs.

She also allowed the fans dip their hands between her legs. 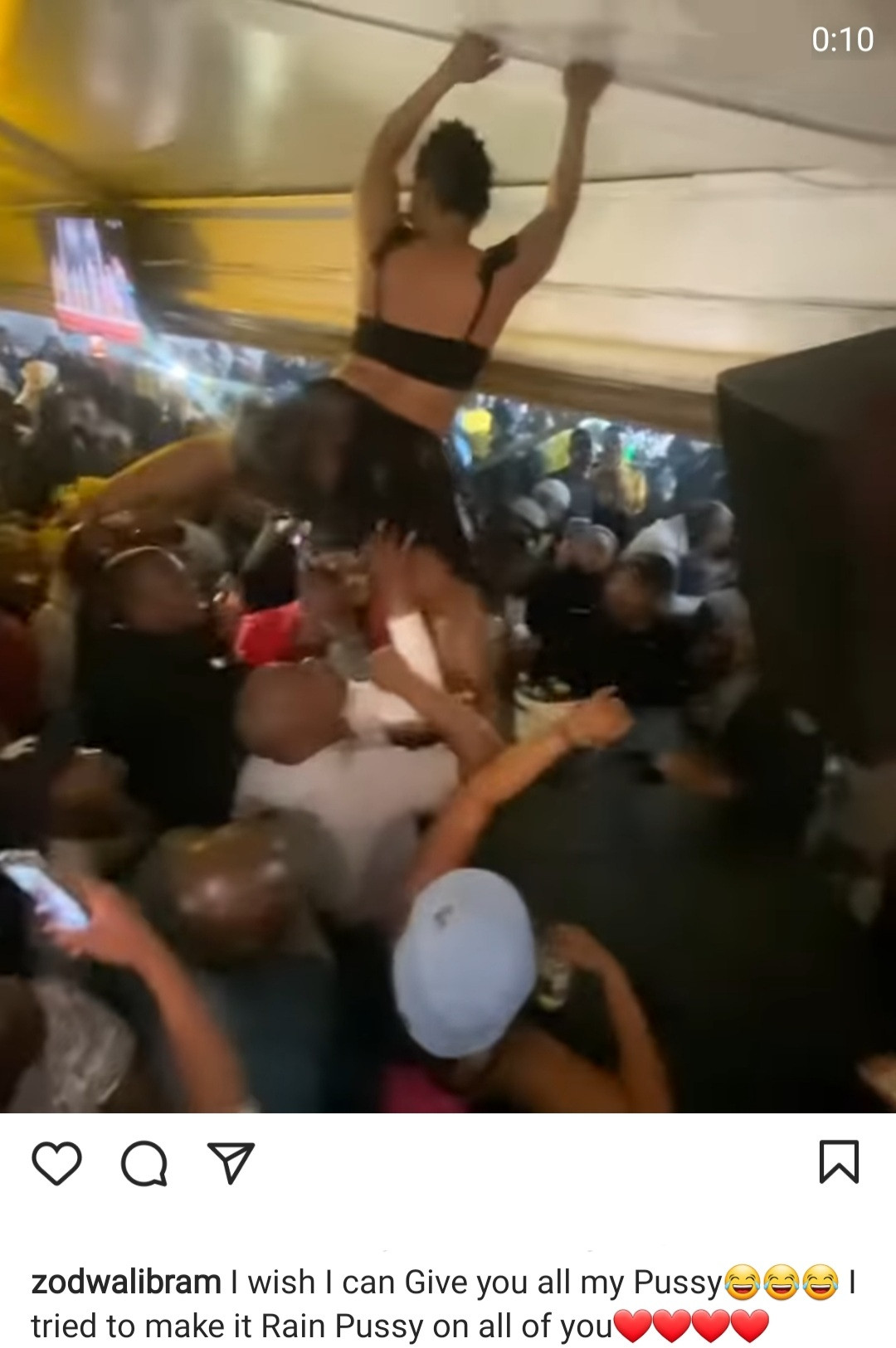 Watch the video below…..