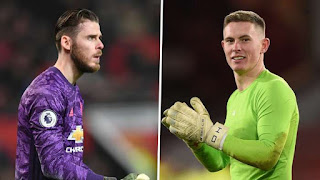 David de Gea “definitely starts as number one” for Manchester United next season, according to Gary Neville, who says Dean Henderson still has “a lot to prove”.

Not so long ago, De Gea was revered as the world’s finest goalkeeper, having spared United’s blushes on numerous occasions as the last line of defence during a frustrating transitional period.

However, the Spaniard has occasionally seen his standards slip under Ole Gunnar Solskjaer, with basic handling and positioning errors creeping into his game over the past two seasons.