Paul Pogba has defended his former team-mate Zlatan Ibrahimovic against accusations of racism following the Swedish forward’s clash with Romelu Lukaku on Tuesday.

Ibrahimovic and Lukaku were involved in a heated confrontation on the pitch during AC Milan’s Coppa Italia quarter-final against their city rivals, which Inter eventually won 2-1.

The Swede scored the opener in the match before he was sent off in the second half for a second yellow card. Lukaku netted the equaliser for Inter and the match was capped off by a dramatic stoppage-time winner from Christian Eriksen. 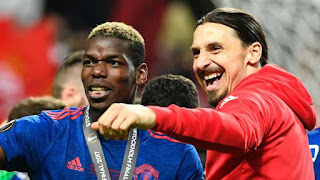