A woman has reportedly gotten pregnant for her son-in-law after she visited her daughter who recently gave birth.

A Twitter user identified as @Stansbaby made the disclosure on the micro blogging site.

According to the report, the woman came to take care of her daughter who recently put to bed 4 months ago, but things took an unfavourable turn as her daughter’s husband got her pregnant.

Things became more shocking after the woman moved into her daughter’s husband’s house when her child angrily left.

Daughter moved out of the house and her mum moved in completely things Dey happen oo.

Mother and son in law ( 37 ) are friends and colleagues,( probably dating low key )daughter met the guy and liked him, they got married

A huge mess , that’s why she was bold enough to move in , her daughter stole her man.” 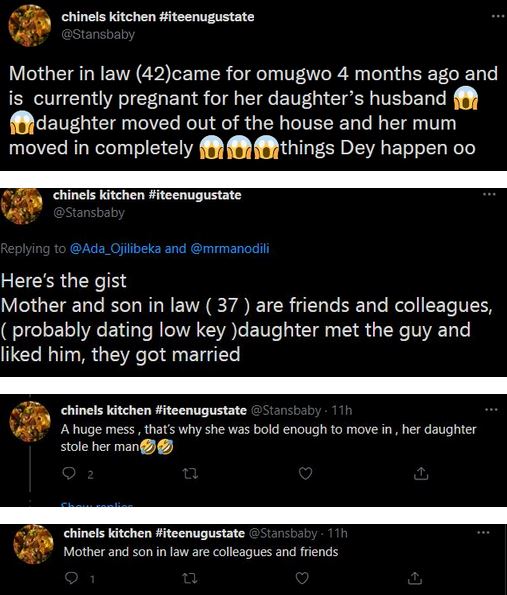