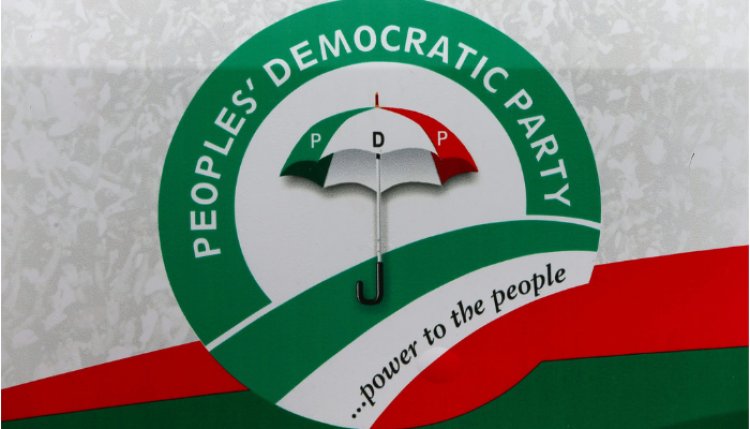 The acting chairman of the Peoples Democratic Party in Ekiti State, Lanre Omolase, has dismissed the dissolution of the Ekiti State Executive Committee of the party by the Iyorchia Ayu-led National Working Committee, describing it as an exercise in futility.

Omolase, who said that he remained PDP chairman in Ekiti State until a court of competent jurisdiction ruled otherwise, said that the party NWC lacked such powers to remove duly elected SEC members.

The Ekiti PDP boss, in a statement on Sunday titled, “I remain PDP chairman of PDP in Ekiti State, Omolase dismisses dissolution of exco”, also condemned the suspension by NWC of the National Assembly candidates in the state, saying, “There is nowhere the candidates were invited to defend themselves as dictated by the principle of fair hearing.”

The statement is in reaction to the announced dissolution of the Ekiti exco and suspension of seven out of the nine PDP National Assembly candidates by the NWC for alleged anti-party activities.

Omolase, who clarified why he and some other PDP chieftains were not absent when Ayu and PDP presidential candidate were in Ekiti for the campaign last week, said, “For the campaign rally, only two out of nine National Assembly candidates were involved. Even I, as the acting chairman, was totally ignored.

“It, therefore, appears funny and laughable to me that the NWC that did not visit Ekiti during the last governorship election is now angry that we did not attend a presidential rally that we were never involved in its planning.”

Omolase stated, “Any action that is against a subsisting order of the court is not only a waste of time but also contemptuous. I am still the acting chairman of the PDP in Ekiti and only the court of law can say otherwise.

“My position as the acting chairman is as dictated by a court of competent jurisdiction and the court order is still subsisting.

“The position of the court is that nothing must be done concerning the PDP state chairmanship until the final determination of a suit filed when two persons were laying claim to the party chairmanship.

“Apart from the fact, there is a subsisting court order backing my position, the NWC does not also have powers to sack duly elected Exco members of the party at whatever level.

“Also, I condemn the purported suspension of the National Assembly candidates of the party,” he said, adding, “Our complaint was about the composition of the Presidential Campaign Council in which members of the Social Democratic Party were accorded vantage positions.

“Our position was that SDP has National Assembly candidates whose elections will be held the same day as that of the President, and the party (SDP) is only interested in funding its candidates with resources from PDP.

“Letters were written, even to the presidential candidate, Atiku, but nothing was done,” he said.