England have been ordered to play without fans for their next two home matches, the second of which is suspended for a probationary period of two years.

The punishment stems from this past summer’s Euro 2020 final, which saw ticketless England fans clash with police and stewards as they forced their way into the stadium. 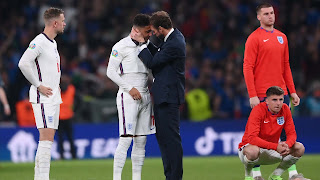