Skip to content
The Everton goalkeeper has been criticised and written off throughout his career, but one more big performance will cement his place in history
Whatever happens against Italy at Wembley on Sunday, one England player has already made history at Euro 2020.
Jordan Pickford is not everybody’s idea of a hero but in Wednesday’s semi-final against Denmark the Everton goalkeeper went past the great Gordon Banks’ record – set in the golden summer of 1966 – of 720 consecutive minutes without conceding in a Three Lions shirt.
Perhaps we should have known what was to come next. Minutes after reaching that milestone, Pickford was beaten by Mikkel Damsgaard’s spectacular free-kick, and suddenly the ‘Great England Goalkeeper Debate’, rendered largely redundant as the tournament has progressed, was reopened. 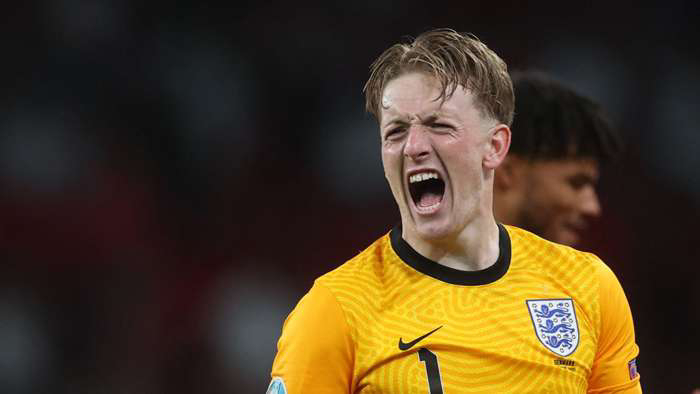