Skip to content
The 23-year-old Chipolopolo midfielder has penned a four-year contract to join Patson Daka in the Premier League
Zambia international Enock Mwepu has sealed a transfer move to Brighton & Hove Albion from Red Bull Salzburg.
The 23-year-old midfielder has been confirmed as the first signing for manager Graham Potter on a four-year contract ahead of the 2021/22 Premier League campaign, which will be Albion’s fifth consecutive year in the top-flight.
“Albion are pleased to confirm the signing of Enock Mwepu from reigning Austrian champions Red Bull Salzburg on a four-year deal, on undisclosed terms,” the club confirmed on their official website 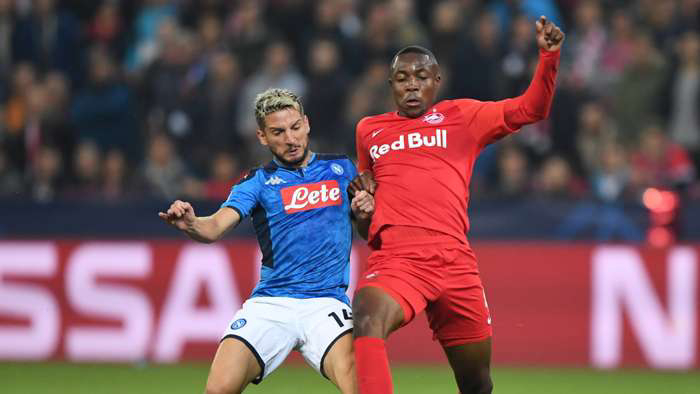