EPL: I had to go down, Azpilicueta should be angry with me – Saka explains penalty situation 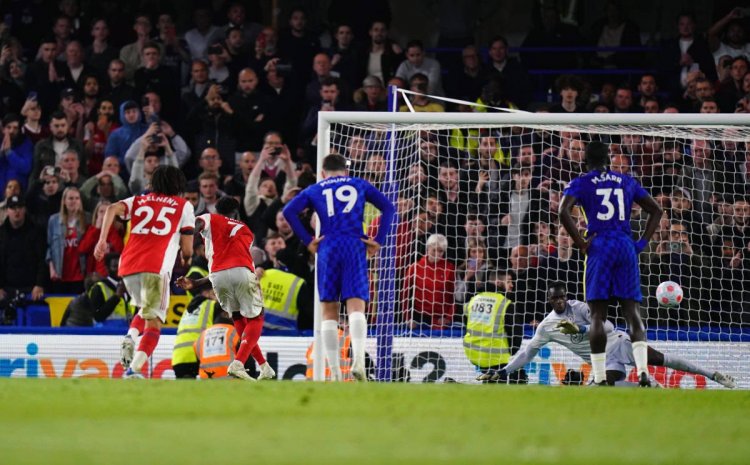 Arsenal forward, Bukayo Saka has explained why he went down in Chelsea’s eighteen yard area and won a late, controversial penalty in their 4-2 win over the Blues on Wednesday.

Arsenal beat Chelsea on Wednesday night and Saka insisted after the match the incident was rightly given as a foul.

Mikel Arteta’s side bounced back from three straight defeats to beat the Blues 4-2 at Stamford Bridge.

It was an unusual moment as Saka seemed to be hauled down by Chelsea defender Cesar Azpilicueta, while another angle showed the England forward holding the Spaniard’s arm.

Saka admitted that Azpilicueta is bound to be angry about the situation.

“No, I’m trying to get in the box and he’s holding me for about five seconds,” Saka told Sky Sports.