Footage showing the moment an estranged wife and her husband’s mistress got into an argument in the Isheri DPO’s office has been made public.

Katherine Daramola, 57, a US based lawyer, had accused her estranged husband Adetokunbo Daramola of abandoning her and their 4 children in the United States and returning to Nigeria where he got his mistress to start living with him in her house.

Katherine further accused her husband, a businessman who executes contracts for the Lagos Inland Revenue Service (LIRS), and his mistress of conniving to illegally acquire their jointly-owned property in Lagos.

The property in question is a twin duplex at Magodo, in Lagos.

In 2010, Mr Daramola partly relocated to Nigeria where he began executing contracts for the Lagos Inland Revenue Service (LIRS) and some local government areas in the state, Mrs Daramola told Premium Times in an interview. 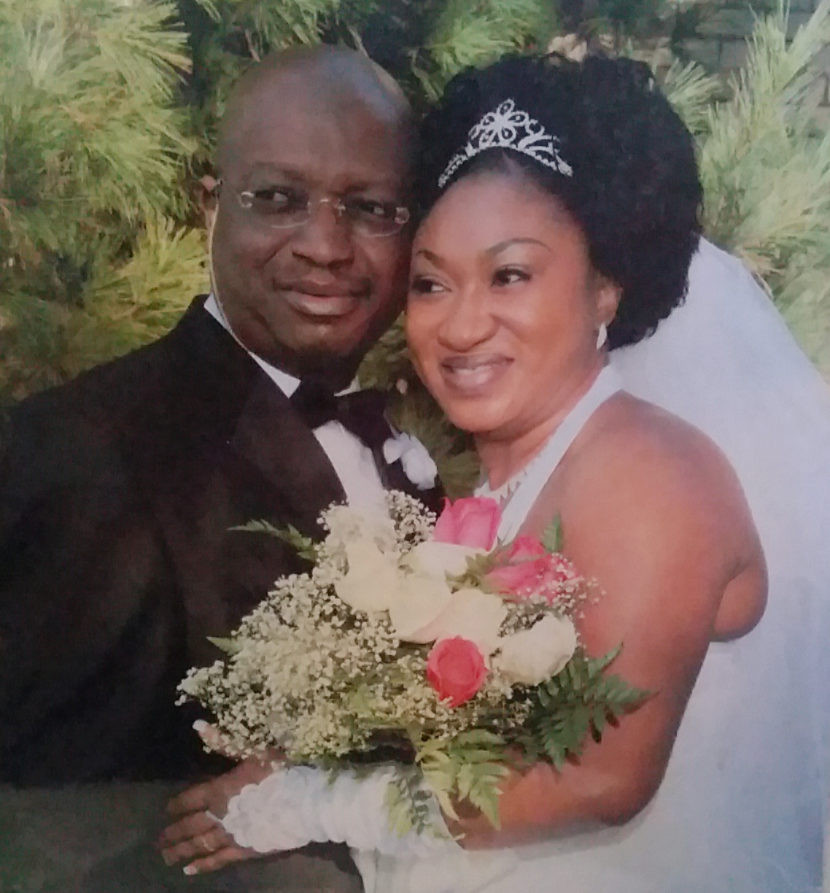 The couple had earlier acquired plots of land at the Magodo GRA where they built the duplex.

“We got two plots of land at Magodo but we were not able to build on both plots, so we got a developer who paid N10 million on an agreement that he would take two duplexes and the family the other two duplexes,” said Mrs Daramola, according to the publication.

“We built two duplexes and the Certificate of Occupancy (C of O) has my name (on it).”

Mrs Daramola said she contributed 75 per cent of the money spent on building the house and furnished most parts of their home.

She alleged that, unknown to her, her husband, while in Nigeria, began an affair with another married woman. Upon completion and furnishing of their home, her husband and his mistress moved into the house, she added.

Mrs Daramola said after over three decades of legal practice, she had begun planning her retirement.

“I’m home-grown, I am close to retirement,” she said. “I need to come home, which is why we built the house, now they are trying to deny me access to my house.

Mrs Daramola said her estranged husband “intermittently abandoned” her and their four children in the U.S., leaving her to single-handedly cater for the kids. 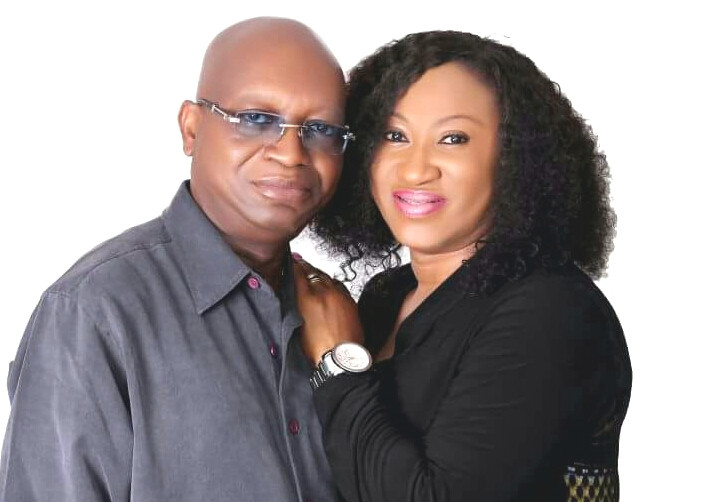 She also accused him of having an “illicit and adulterous” relationship with a woman whose husband was in the United Kingdom.

“He came to the United States, spent few months, then came back to Nigeria in 2018. I noticed he was having an affair, but I didn’t know how serious it was,” she said.

In August 2018, Mrs Daramola said while she was buying the furniture and other home items in the U.S. and shipping them to Nigeria, her estranged husband, who was clearing the properties in Lagos, was giving his mistress the impression that he was an “American big boy”.

“I handed over everything to him out of trust and that him, being the husband, the man of the home, he should take over. That was the trust and I just continued here buying things and shipping them home,” she said.

“Unknown to me, his mistress was living in my house. She was the first person that used my Jacuzzi, my brand new bed, my kitchen utensils and everything. She felt that comfortable, whatever he was telling her, I don’t know.”

Mrs Daramola said the affair broke their marriage of 25 years.

“Due to abandonment and numerous incidents of adultery, and fear of being infected with deadly sexual diseases, I separated from him and asked him to give up my share of the twin duplexes,” she said.

Mrs Daramola said she visited Nigeria in May 2019 unannounced only to find female items all over their home.

She said her husband denied knowing the owner of the items.

She said by her next visit to Nigeria, the locks to the house had been changed by her husband’s mistress. She accused the woman of planning to take over the house with her mother. 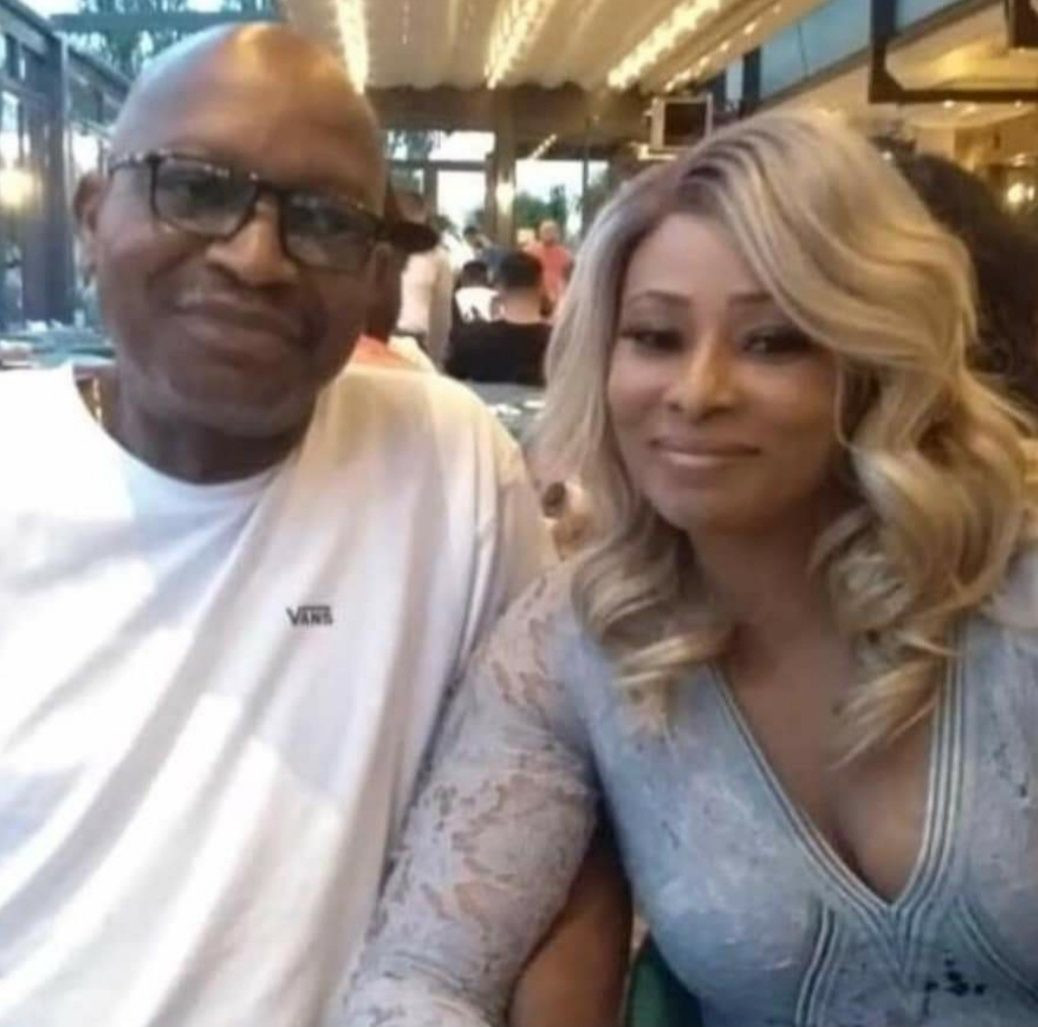 Mr Daramola with his mistress

She said she hired a lawyer in Nigeria and began filing legal notices against them.

“Despite several legal notices and lawsuits, both defendants continue to stay in my part of the duplex. Mr Daramola continues to lock me out and I have to break into the house several times.

“On Sunday, January 9th (2021), I arrived with my children and broke the locks and padlocks to gain entry into my house and found Abisoye’s (the mistress) personal and intimate items strewn all over my bedroom and secure areas.

“My children and I moved her things out of my house and piled them up at the gate. When they were notified by third parties that we were in the house, they called the police and the Isheri DPO invited all of us.

“Tokunbo Daramola and Abisoye (were) asked to remove their personal belongings from the home. In the presence of the police officers, they both threatened to kill me. The DPO advised us to return with police escort and they came to pick up their load.

“Abisoye started screaming and insisting them she will not leave my home. Herself and Olatokunbo Daramola conspired and falsely accused me of stealing. They, however, later admitted that none of their personal items were stolen but (still) filed a police report,” Mrs Daramola said.

She said she has received several threats from the mistress and her mother that they would kill her “within six months”.

Mrs Daramola accused her husband and his mistress of evading court service.

“What Mr Daramola is exhibiting is the current trend of Nigerian men in the diaspora who walk away from long term marriages and children and subject wives to mortgages while they come to Nigeria and live with other women,” she said.

“Olatokunbo needs to the needful and give me my property. He wants to continue staying over at the house. I spent my whole life savings, I spent over $53,000 furnishing the house.”