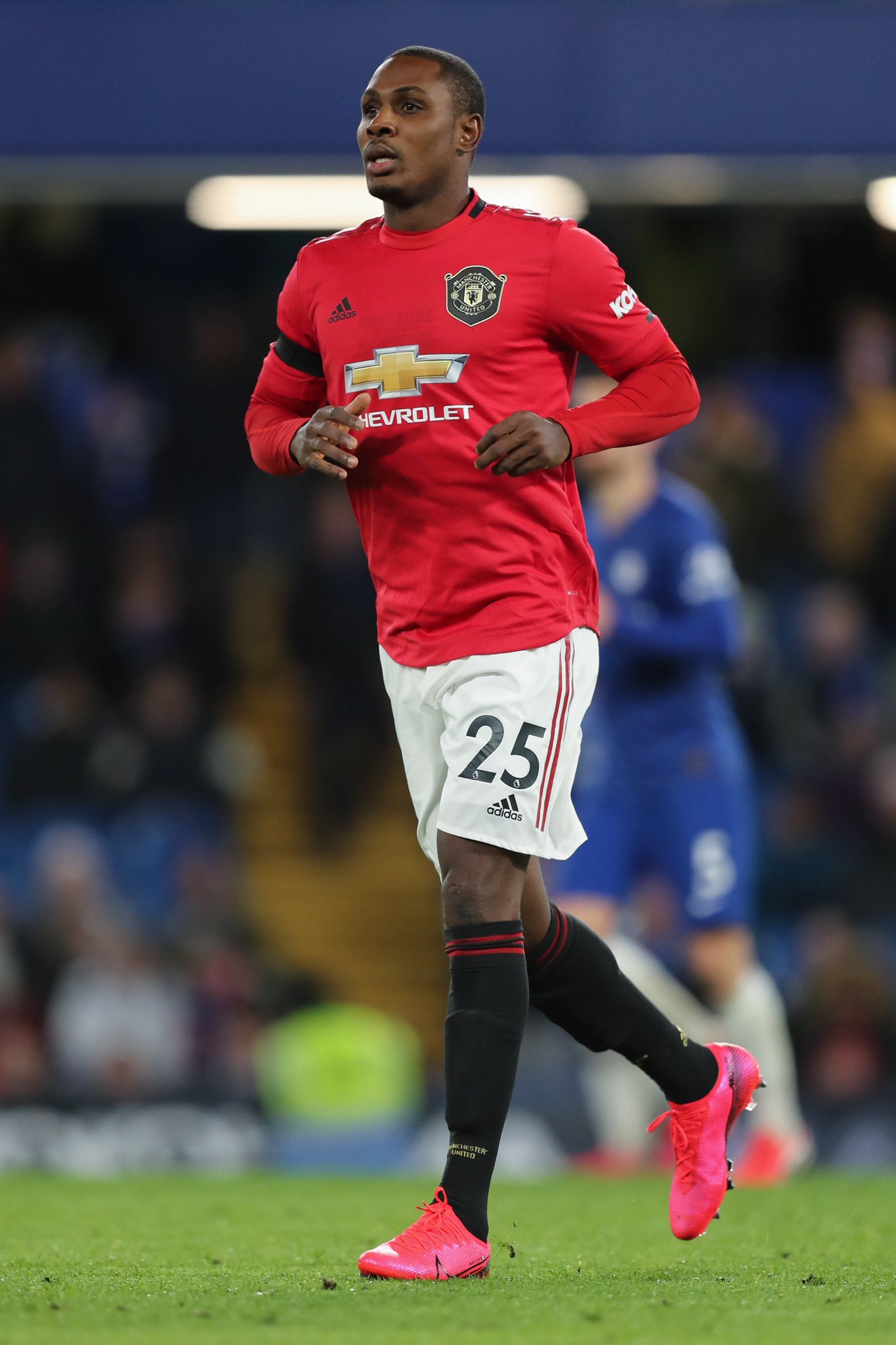 Manchester United striker, Odion Ighalo, is set to make his first Premier League start for the club against Everton on Sunday, the Manchester Evening News reports.

Ighalo was on from the start, as United thrashed Club Brugge 5-0 in the Europa League round of 32 on Thursday.

Anthony Martial sat out the game with a thigh problem and was not seen with the rest of the squad, as they arrived at The Lowry Hotel on Saturday.

United are unbeaten in seven matches across all competitions and could be one point behind fourth-placed Chelsea, if they win at Everton.