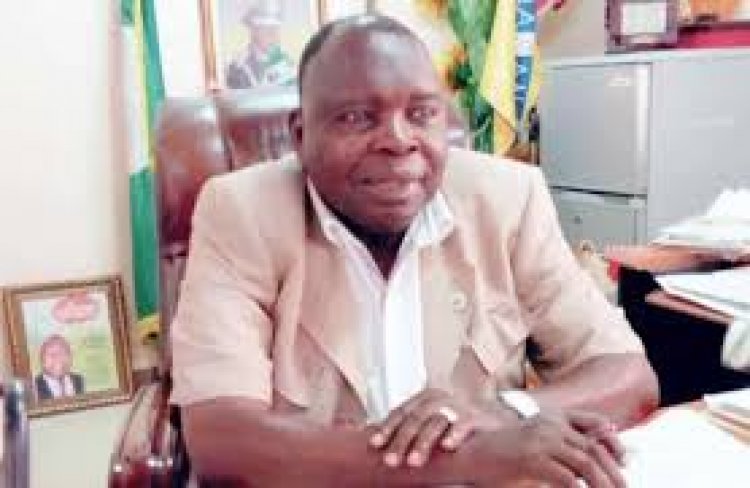 The former Deputy Inspector General of Police and Senatorial candidate of the Akwa Ibom North-West under the platform of the All Progressives Congress, DIG Udom Ekpoudom(Retd) has insisted that senator Godswill Akpabio, the former Minister of Niger Delta Affairs was never a Senatorial Aspirant of the district.

Recall that the nomination of Senator Akpabio as the candidate of Ikot Ekpene Senatorial district in a rerun primary held on June 9, 2022, at the civic centre has caused a lot of controversy in the state.

Akpabio who was a presidential aspirant collapsed his structure during the party’s convention in Abuja for the presidential candidate, Bola Tinubu and thereafter came back to his district to get a Senatorial ticket whose election had already taken place on May 27.

The Chairman of APC, Stephen Ntukekpo during the nomination said, based on directives that the previous primary has been cancelled following reported security infractions hence the need for a rerun.

Akpabio at the end of the exercise emerged the winner while DIG Ekpoudom who was conspicuously absent during the nocturnal primary polled three votes and Ekperikpe Ekpo another acclaimed winner of the first primary announced his withdrawal from the race and urged his delegates to support Akpabio.

But the Resident Electoral Commissioner of INEC, Mike Igini miffed by the development has now gone on air to describe the primary as a sham even as he upheld the candidacy of DIG Ekpoudom.

In an interview with our correspondent in Uyo, Ekpoudom expressed shock over Akpabio’s action whom he described as his ‘brother.’

He said Akpabio never stood for a Senatorial primary but a presidential election saying that even if there was to be a rerun, he shouldn’t partake in it as he never participated in the first place.

The retired Police Chief who accused Akpabio of causing confusion in the entire process vowed not to relinquish his ticket to Akpabio no matter the pressure.

Ekpoudom explained that in 2014, he had surrendered the slot for Abak Federal Constituency to Akpabio and vowed never to do it again in 2023

He said the rerun organized by Akpabio on 8th June 2022 after the Independent National Electoral Commission (INEC) had monitored the original primary of the APC in the Senatorial District on 27 May was a scam cooked by Akpabio to shortchange the people of Abak Federal Constituency.

“Akpabio’s name was not among the list of Aspirants from Akwa Ibom North-West Senatorial District at the APC Secretariat who bought forms for the senate seat in the area.

“We did everything including consultation and campaigns and an election was held which I won and Akpabio did not show up. But when he did not make it he ran back to Akwa Ibom to fix another primary even when results have already been sent to Abuja.

”What he did was an insult to Abak Federal Constituency and Abak five, what he did was to cause confusion. Akpabio is my brother but his behaviour disturbs me, he should not use what was given to him to oppress the people

”He was not an Aspirant of APC in Ikot Ekpene Senatorial district in the first place he was never an aspirant and he was busy campaigning for his presidential ambition.”

Asked if he is encouraged by INEC’s backings, Ekpoudom said ” I am not worried because the Independent National Electoral Commission is armed with the electoral law. I am happy with the Resident Electoral Commissioner in Akwa Ibom State, I don’t know that man from Adam but he stood for the truth. He is an upright man. I have never seen such an honest Nigerian as Mike Igini. So, I’m not worried. Akpabio can not claim my mandate.”

If Boma fcvk me, e for dey follow me for yansh because e no go gree go - BBNaija's...