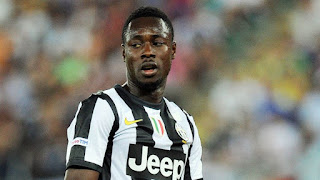 Once upon a time, Richmond Boayke appeared primed to be Africa’s next great striking sensation.

Signed by Juventus in 2013 following some outstanding goalscoring performances with Sassuolo, he was already a Ghana international, as his six-foot frame and sharp instincts in the box had prompted parallels with Asamoah Gyan.

Both players are Ghanaian strikers, they launched their careers in Italy and both played in Chinese football, but that’s roughly where the similarities end, with Gyan registering over a half-century of goals, and Boakye yet to hit double figures during a stuttering decade-long international career.