The Red Devils are open to waiting until next summer to get their man, but Redknapp thinks Pochettino would ‘jump at’ the job.

Speaking to Sky Sports, he said: “Pochettino, I’m sure he’d love the job. But Poch had five good years at Tottenham and didn’t win a trophy, as good as he was.

“I’m sure it is a job that anybody would jump at – to manage Man United, one of the biggest clubs in the world.

“There will be plenty of people that would love that job, for sure.’

Asked whether Pochettino may decide to quit PSG and join United instead, Redknapp replied: “Absolutely. I’m sure he would.

“His family are still in England, he obviously wants to live in England now.

“Without a doubt. You can’t turn Man United down, it’s an incredible job.” 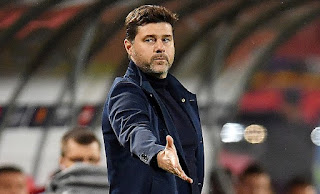