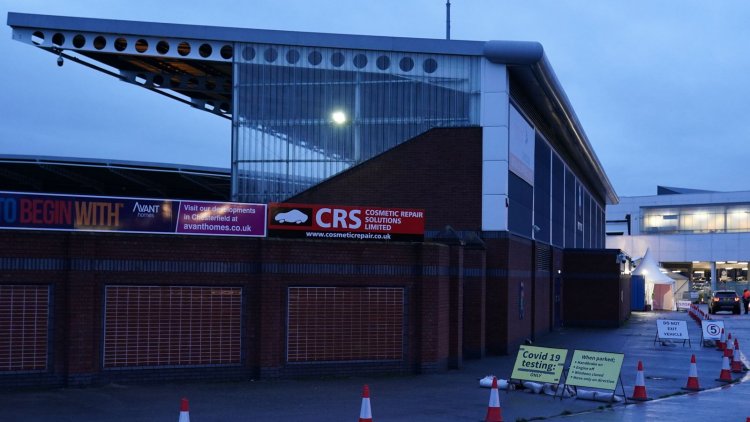 The FA will investigate an allegation of racist abuse by a supporter during Chesterfield's pre-season friendly with Bradford on Saturday.

There was a break in play in the first half of the pre-season fixture at the Technique Stadium, with reports suggesting that a supporter in the home end had made a comment to Bradford substitutes.

Chesterfield say the supporter denied accusations of racism and left the stadium voluntarily after stewards and police officers spoke to the fan.

He told the Telegraph and Argus: "I wouldn't call the guy a supporter if I'm honest. What the players were saying he said was an absolute disgrace.

"You can't have that whether it's a pre-season game or a kickabout on a school field. You've got to get rid of any kind of racism and questioning people's skin colour is just unacceptable."

Striker Vadaine Oliver said: "In this day and age, we should be past this. It's not Chesterfield as a club or the fanbase. You get idiots in every group and it's sad to see."

A Chesterfield club spokesperson said: "After being made aware of the alleged comment, stewards and police officers spoke to the fan in question, who denied the accusation and left voluntarily.

"Witness statements have been taken as part of an investigation and, if necessary, appropriate action will be taken.

"Our club and Community Trust does a lot of work around anti-racism and racist comments at our stadium will not be tolerated."

I will speak soon and Nigerians will know the truth about recent happenings in PDP...