The Senate, yesterday, April 26, 2018, failed to initiate the impeachment process of Nigeria’s President, Muhammadu Buhari following the ‘unapproved’ expenditure of N151, 394, 494, 335. 00 (151 Billion Naira) on the purchase of a Super Tucano Fighter Jet from the US.
It must be recalled that the call for President Buhari’s Impeachment initially started at the House of Representatives last week over the same issue. It was spearheaded by Honorable Chinda Ogundu, A Rivers PDP member representing Obio/Akpor federal constituency.
The call for invoking section 18 of the 1999 constitution (amended) at the Senate Chambers was initiated by Senator Matthew Urhoghide, Lawmaker representing Edo South and was seconded by Senator Chukwukazi Utazi, representing Enugu North.
Senator Matthew Urhoghide 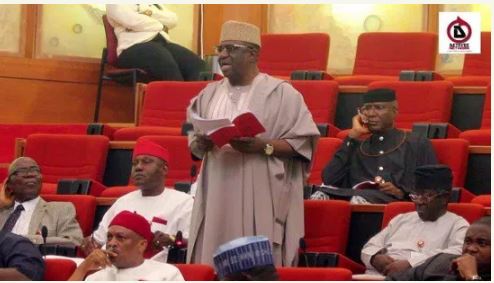 Matthew Aisagbonriodion Urhoghide, Aged 63 was born on August 8, 1955 to late Pa. Daniel
Ediagbonya Urhoghide and Mada.
Born in Edo State, Senator Urhoghide is a pharmacist by profession.
He is a Member of The PDP, and Senator representing Edo South Senatorial district.
Senator Chikwuka Utazi 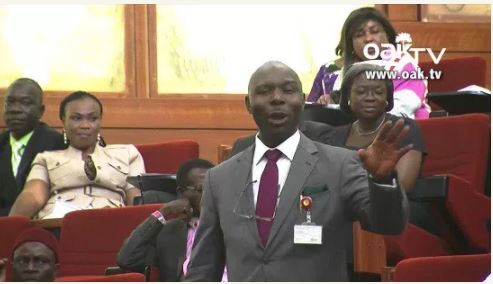 Born in 1961 in Enugu, Utazi Godfrey Chukwuka is the Senator representing Enugu North senatorial District.
Senator Utazi, who is a Lawyer by profession studied at the Prestigious University of Nigera Nsukka and graduated in 2003.
He attended the Nigerian Law School and was called to bar in 2004.