Two fake operatives of the Economic and Financial Crimes Commission have been busted while trying to extort a Lagos resident with armed policemen.

Twitter user, Samuel Otigba who shared a video from the scene, said one of the fake operatives tried escaping by jumping from a 4 storey but fell into the electric fence. They were later handed over to real EFCC operatives, while the mobile police officer with a rifle escaped.

Omoooo today is wild. We caught 2 men that came into our estate claiming to be EFCC officials, with fake EFCC ids & accompanied with Mopol, trying to extort money from a resident. One of the fake officers tried escaping by jumping from a 4 storey but fell into the electric fence.

The mobile police officer with a rifle escaped. They have been handed over to the real @officialEFCC  operatives for proper investigation. 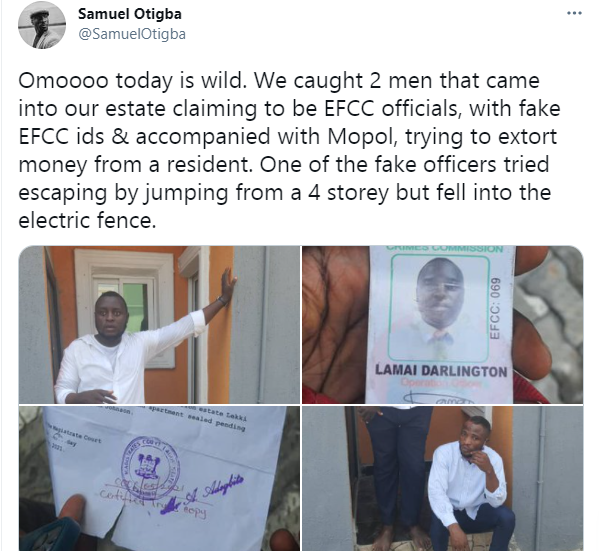 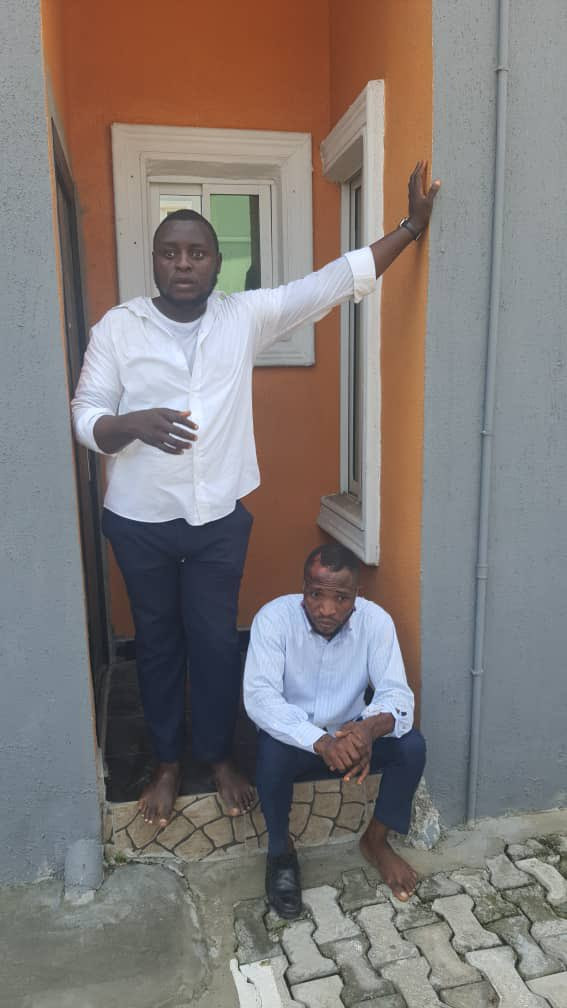 The EFCC has now confirmed the arrest of the suspects and the mobile policeman who initially escaped.

The anti-graft agency said the suspects were arrested at New Horizon Estate in Lekki, while on an illegal operation of “serving” a court order purported to have emanated from the Mushin Magistrate Court on an unsuspecting victim.” 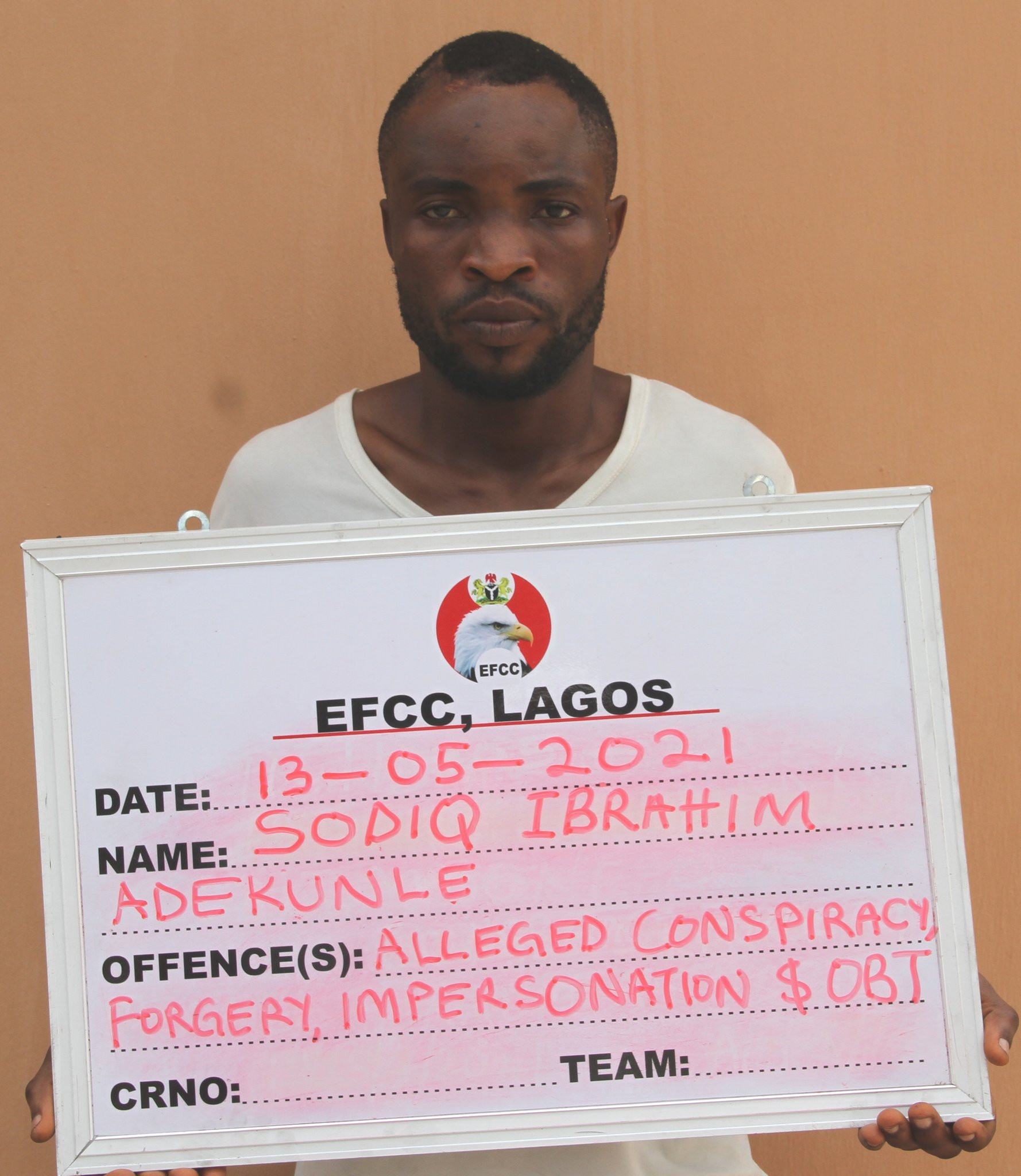 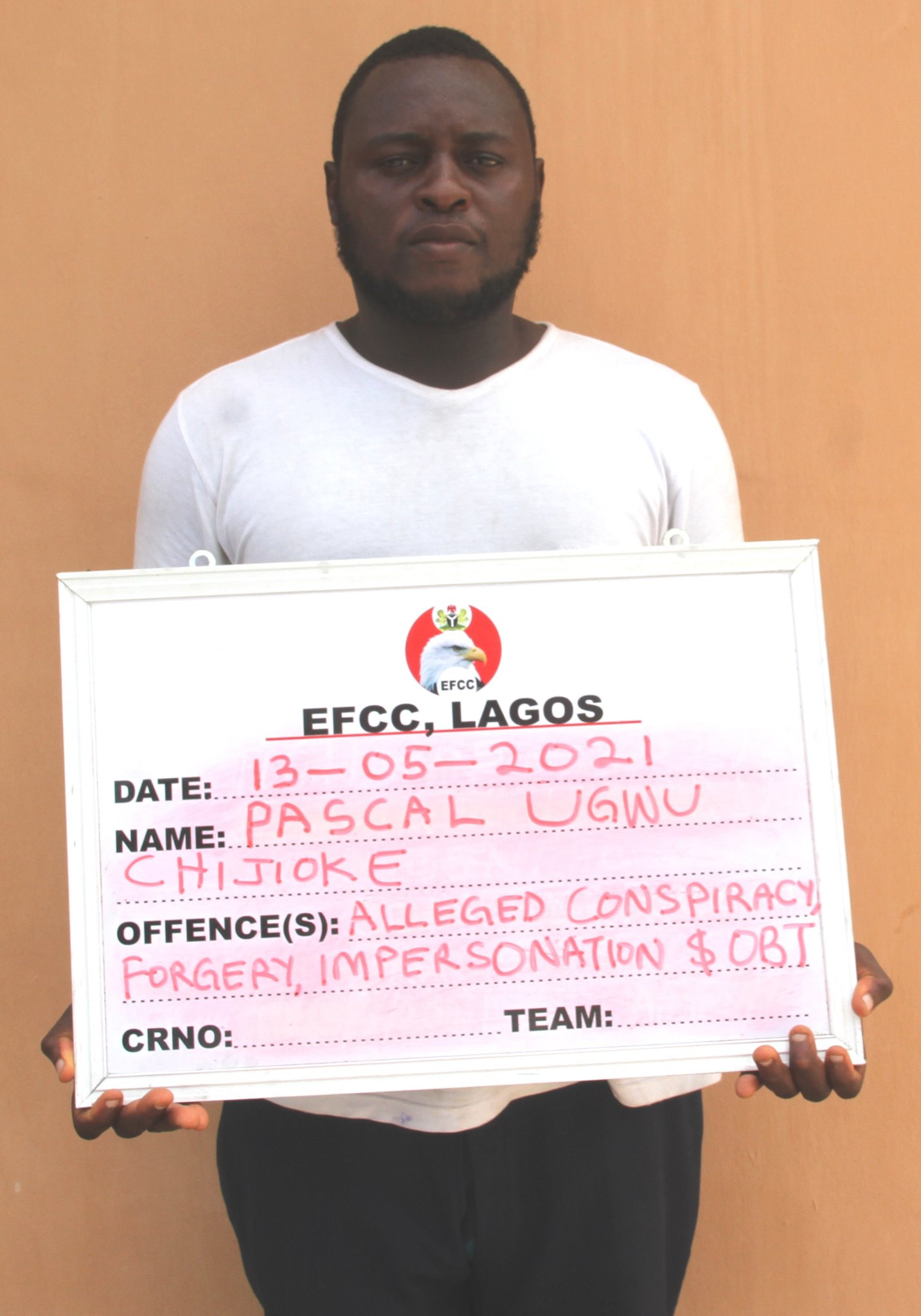 A statement released by EFCC read;

A gang of three fake operatives of the Economic and Financial Crimes Commission who embarked on an illegal operation purportedly to execute a fake Court Order have been arrested in Lagos.

Ghali Ahmed, Head of the EFCC Zonal Office in Lagos disclosed this today, May 13, 2021 at a press briefing in the Commission’s office, Ikoyi, Lagos.

According to him, “The fraudsters were arrested at New Horizon Estate, Lekki, Lagos, in the middle of their illegal operation to ‘serve’ a Court Order purported to have emanated from the Mushin Magistrate Court, on an unsuspecting victim.”

The three-man gang of Pascal Ugwu Chijoke, Sodiq Ibrahim Adekunle and Edwin Bassey, a Police Inspector, posing as EFCC operatives allegedly stormed the residence of their target with all the paraphernalia of typical EFCC raid, wearing fake EFCC branded jackets and identity cards.

Ahmed warned Nigerians to be wary of impostors, using the good name of the Commission to extort unsuspecting targets. He urged citizens to be vigilant and report suspicious activities to the Commission.

He assured that the Commission is determined to stamp out the activities of impostors. “We will always be ahead of these fraudsters. If they fail to desist, they will face the music,” he said. 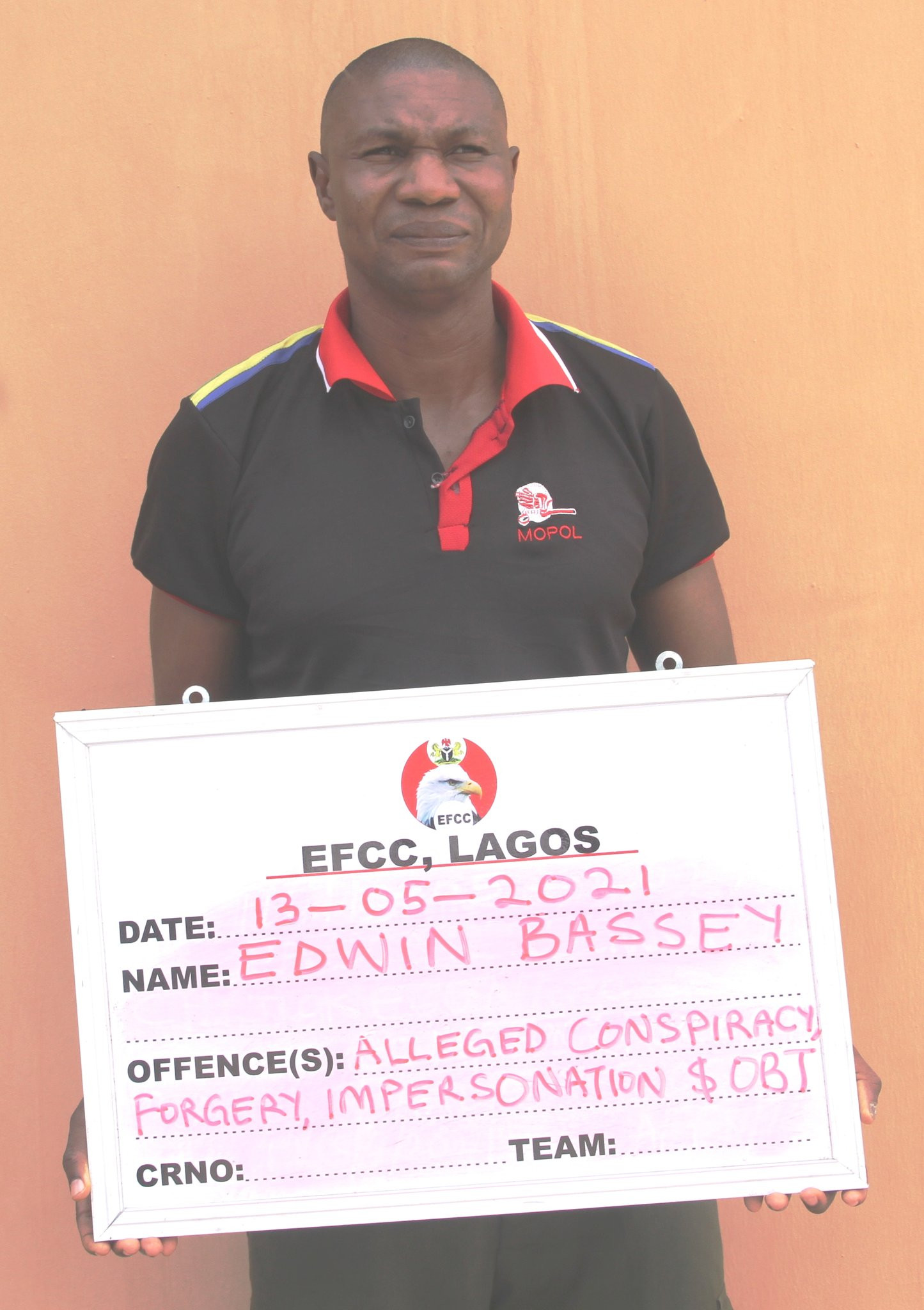