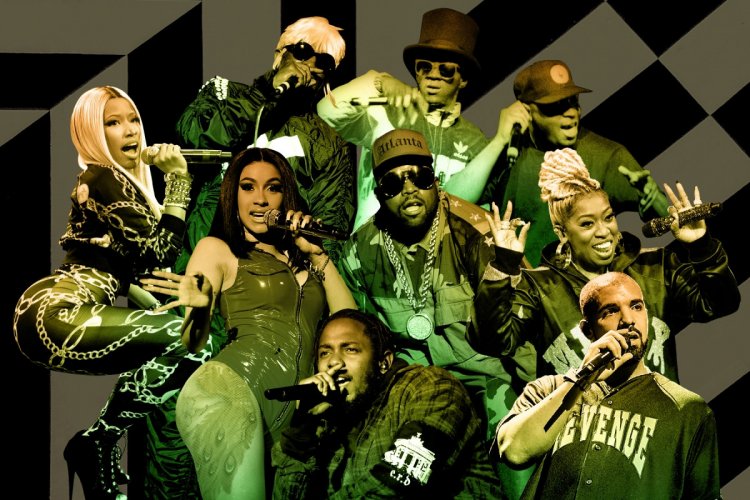 Rolling Stone magazine is being bashed on Twitter after publishing a list of the 200 greatest Hip Hop albums of all time.

Hip hop heads have questioned the magazine after it published a list of the 200 greatest Hip Hop albums of all time, on Tuesday (June 7) and placed Cardi B's album above Nas...

One of the head-scratching decisions was OutKast’s Stankonia album being listed at No. 2. Although the LP is critically acclaimed and well-regarded by fans, Aquemini and ATLiens have typically been viewed as OutKast’s best albums.

Another puzzling choice was Nas’ Illmatic positioned at No. 24 despite frequently being regarded as one of the greatest hip-hop albums of all time.

The illmatic came behind Cardi B’s Invasion of Privacy, Madvillain’s Madvillainy and Future’s DS2, among others. 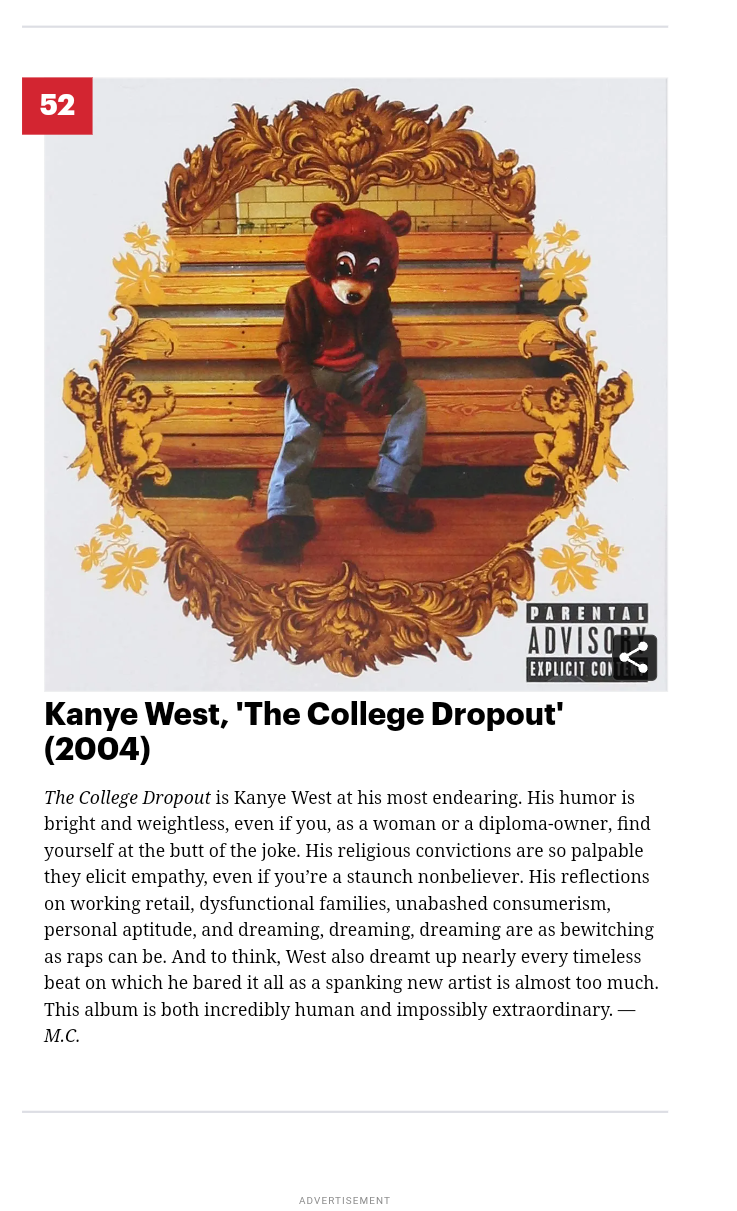 See some of the reactions to Rolling Stone’s list below. 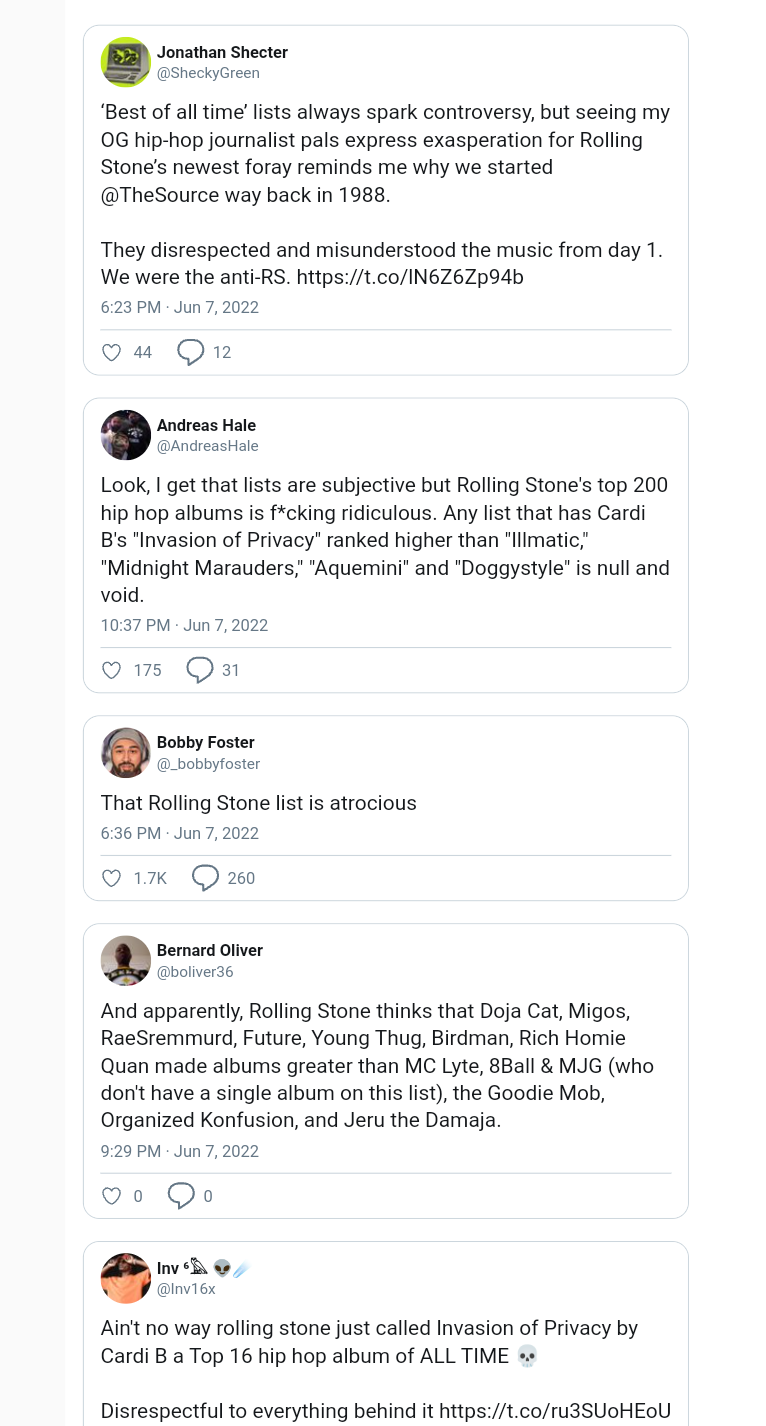 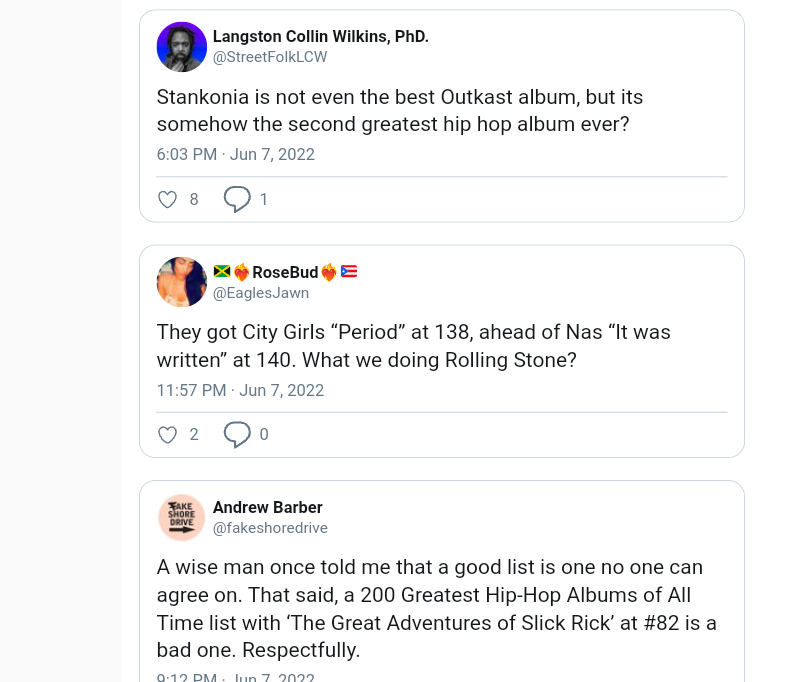 "I love you baby" Chaney Jones writes to Kanye West on his 45th birthday amid reports...