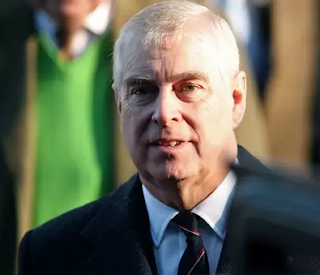 Prince Andrew has failed to help the FBI’s Jeffrey Epstein probe, a top US prosecutor claimed on Monday night.

In a bombshell announcement, state attorney Geoffrey Berman accused the Queen’s son of providing “zero co-operation” despite a request for an interview.

Two months ago Andrew pledged to “help any appropriate law enforcement agency with their investigations” into Epstein, the paedophile financier who killed himself last year.

Speaking on the steps of Epstein’s New York mansion, Mr Berman suggested the prince had rebuffed all attempts by federal prosecutors to interview him over the affair despite a high-profile investigation into Epstein’s “co-conspirators”.

The revelation threatens to blow open the furore over Andrew’s links to Epstein once again. The 59-year-old has been under scrutiny since Epstein committed suicide in his cell last August while awaiting trial on child sex charges.

A lawyer for Virginia Roberts, an Epstein accuser who claims she slept with Andrew, said: ‘Prince Andrew’s continued refusal to cooperate with the authorities after freely acknowledging that he would be prepared to answer enquiries raises even more questions about the role he played in the international sex trafficking ring Jeffrey Epstein and others operated.

“Prince Andrew should take most seriously the deeply held belief in this country that no one is above the law.”

Buckingham Palace appeared blindsided by the US prosecutor’s claims. Suggesting an air of panic, a spokesman refused even to say which law firm Andrew was being represented by or pass on any requests for comment. A spokesman later said there would be no comment.

Mr Berman, state attorney for the Southern District of New York and the leader of the Epstein inquiry, made his shock intervention yesterday during a press conference about a new law to help child sex abuse victims.

Asked for an update on the Epstein case, he said the investigation was continuing, adding: “The original charges against Jeffrey Epstein contained a conspiracy charge and we allege there were conspirators involved. Jeffrey Epstein couldn’t have done what he did without the assistance of others and I can assure you that our investigation is moving forward.”

Asked if Andrew had been contacted, he replied: “The Southern District of New York and the FBI have contacted Prince Andrew’s attorneys and requested to interview Prince Andrew, and to date, Prince Andrew has provided zero cooperation.

“He publicly offered, indeed in a press release, to cooperate with law enforcement investigating the crimes committed by Jeffrey Epstein and his co-conspirators.’

It was reported on Monday night that Mr Berman had said it was “fair for people to know” whether Andrew had “followed through” with his public commitment to assist the inquiry. It was claimed that the FBI had been trying to interview Andrew since he made his pledge to help in November.

When further questioned by the Mail on Monday night, royal aides re-emphasised no further statements regarding the Epstein case would come from them, a sign the Queen’s son is starting to be cast further adrift. Until now any statement on the issue has come from the Queen’s official residence, via its press office.

Monday’s development dramatically raises the prospect of the prince facing a potential transatlantic legal battle over how and where he might be questioned.

US prosecutors denied deliberately ambushing the palace. But observers noted that Mr Berman, the state prosecutor who charged Epstein with multiple counts of sex trafficking, was eager to answer the Andrew question while saying “no comment” on another matter.

The attorneys’ office in the southern district of Manhattan is regarded as one of the most aggressive in the United States.

Andrew has categorically denied having any knowledge that Epstein was sexually abusing teenage girls. He has also strenuously denied claims made by Miss Roberts that she was forced to have sex with him on three occasions. Andrew had to withdraw from royal duties last year after the long-running Epstein scandal burst back into the open.

In August, when the financier killed himself following the announcement of fresh charges against him, there was renewed scrutiny on the prince, who used to visit Epstein’s New York mansion.

This is the building in which schoolgirls claim Epstein molested them. Andrew decided to explain his association with Epstein in an interview with the BBC’s Emily Maitlis. But the resulting grilling, in which he failed to express any regret and claimed he had been trying to end their friendship when he spent four days at his New York home, was a PR disaster.

As his royal patronages deserted him, the prince issued a grovelling statement saying: “I continue to unequivocally regret my ill-judged association with Jeffrey Epstein. I am willing to help any appropriate law enforcement agency with their investigations, if required.”

The FBI, which investigates major cases on behalf of US attorneys who prosecute them in courts, has vowed to unravel Epstein’s network. US attorney general William Barr has promised to bring charges against anyone who may have helped the multi-millionaire.

During his Newsnight interview in November, Andrew said he did not recall meeting Miss Roberts. On the occasion she said they first met in 2001 – when she claimed she was “trafficked” to Britain by Epstein aged 17 – he said he spent the day with his daughter Beatrice and then took her to Pizza Express in Woking. He also questioned his 36-year-old accuser’s account of them dancing together at the London nightclub Tramp, when she said he was sweating heavily.

The Duke of York said he had suffered from a medical condition at the time which meant he did not sweat. He also sought to cast doubt on the authenticity of a photograph that showed him with his arm around Miss Roberts’ waist, but conceded that it was difficult to prove whether it was a fake. Andrew admitted he had ‘let the side down’ when he had failed to cut ties with Epstein immediately after the American was jailed in 2008 for soliciting prostitution from a minor, and registered as a sex offender.

Miss Roberts, now known by her married name Virginia Giuffre, gave her own interview to Panorama in which she insisted the prince was lying when he denied meeting her. She said that she had felt “ashamed and dirty” after they had sex.