Bruno Fernandes saw a “dream come true” in Manchester United’s 4-2 defeat to Liverpool, with the Portuguese midfielder captaining the Red Devils for the first time in a Premier League fixture.

With Harry Maguire ruled out through injury, Ole Gunnar Solskjaer passed the armband to a talismanic presence further up the field.

Fernandes was unable to inspire United to victory over their arch-rivals at Old Trafford but, having already led the side in a Champions League clash with Paris Saint-Germain earlier in the season, was delighted to take on added responsibility. 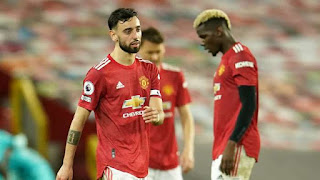