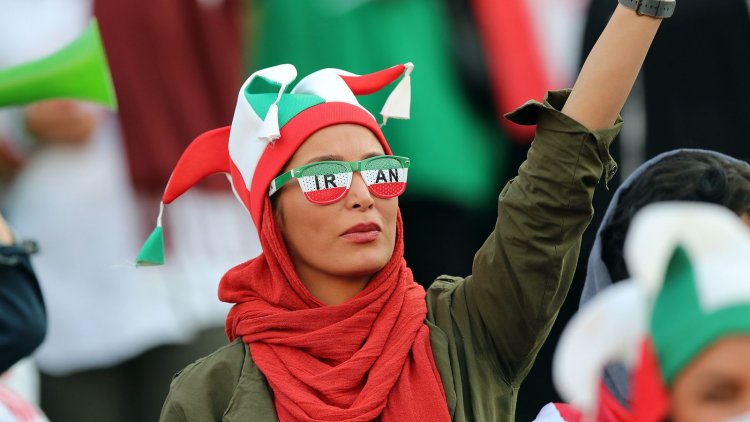 Campaigners have asked FIFA to kick Iran out of the World Cup in Qatar over its repression of women.

Iran, who are in the same group as England and Wales in Qatar, has seen a flood of protests following the death of 22-year-old woman Mahsa Amini while in the custody of the morality police for wearing her hijab too loosely.

At least 83 people have been killed for demonstrating the Islamic Republic's strict dress code for women.

These calls for Iran to be expelled from the World Cup come a month after women were allowed to attend a domestic match at the Azadi Stadium in Tehran for the first time in over 40 years.

But Open Stadiums, a movement of Iranian women seeking to let women attend football matches, have written a letter to FIFA president Gianni Infantino to express their scepticism that stadiums will remain open.

The statement read: "Iranian women trust neither the Islamic Republic's authorities nor the Iranian Football Federation that the Azadi Stadium will remain open to them after the FIFA World Cup 2022 concludes.

Why would FIFA give the Iranian state and its representatives a global stage while it not only refuses to respect basic human rights and dignities, but is currently torturing and killing its own people? Therefore, we ask FIFA, based on Articles 3 and 4 of its statutes, to immediately expel Iran from the World Cup 2022 in Qatar."

The letter also accused Infantino of "empty words" as women still remain "locked out of our 'Beautiful Game' and systematically repressed when we try to enter stadiums in Iran".

The calls for Iran's expulsion from the World Cup were echoed by 'United for Navid', a group of exiled Iranian athletes and activists.

"FIFA has banned Russia from participating in international competitions because of its invasion of Ukraine and its violation of human rights," the statement read.

"We respect this stance that FIFA has taken and that it will not tolerate the senseless killing and torturing of thousands of innocent civilians. We Iranian athletes ask that you apply the same to the Islamic Republic of Iran.

"Iran is brutally killing and torturing protesters and is oppressing women by criminalising watching football or showing a few strands of hair. FIFA's silence is an endorsement of these human rights violations."

Both groups reminded FIFA of the case of Sahar Khodayari, who was sentenced to prison for attempting to enter a football match dressed as a man in 2019 and later died after setting herself on fire in protest.

"We hope you have not yet forgotten our Blue Girl, Sahar Khodayari," United for Navid's letter read.

"Do you remember Sahar Khodayari, AKA 'Blue Girl'? She was also brought to Votara detention and faced prison time before she died by suicide."

Khodayari, 30, became known as "the blue girl" on social media for the colours of her favourite team Esteghlal.