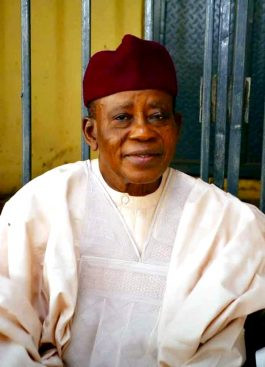 Muhammed Goni who is the first democratically elected governor of Borno State is reportedly dead.

The late politician was in his 80s and he died at the University of Maiduguri Teaching Hospital at about 8 p.m. on Wednesday April 29.

A relative of the former governor, Lawan Kareto who is a serving member of the Borno State executive council confirmed his death. He told Premium Times;

“We have lost our beloved elder this evening.

“We thank God for the good life he has had. Living to become 80 plus is not a small blessing from Allah. May his soul rest in peace.”

Mr Goni was elected governor of Borno in 1979, but lost his second term bid in 1983. He also contested for the governorship seat in Borno State under the Peoples Democratic Party (PDP) in 2011, but lost to former governor Kashim Shettima, now a senator