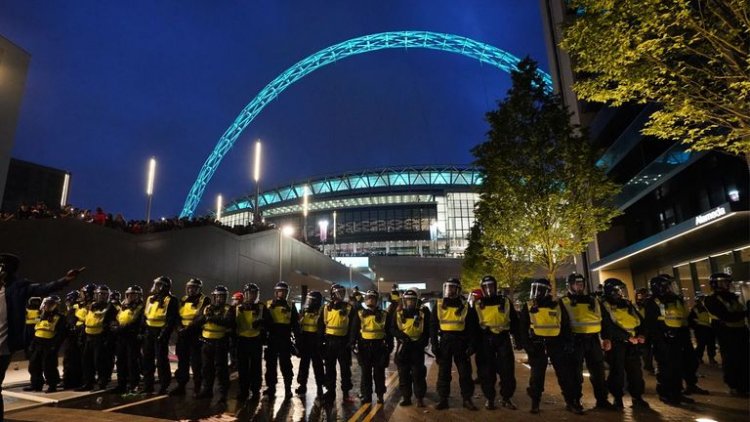 Football fans convicted of taking or selling class A drugs at games will face a five-year ban from attending matches, the government has announced.

The new rules, set to be announced by Policing Minister Kit Malthouse on Thursday, come as part of the government's bid to stop violence and disorder at sports matches.

They include the possibility that anyone convicted could be ordered to surrender their passports when their football team is playing abroad.

The government hopes the new measures will prevent disorder like that seen at the Euro 2020 final between England and Italy at Wembley last July.

Ahead of the announcement, Boris Johnson said that "middle-class coke heads" are driving crime across the UK.

"Middle-class coke heads should stop kidding themselves, their habit is feeding a war on our streets driving misery and crime across our country and beyond," the Prime Minister said.

"That's why we are stepping up our efforts to make sure those who break the law face the full consequences - because taking illegal drugs is never a victimless crime."

Taylor: Euros star Kelly back to her best and reaping rewards...