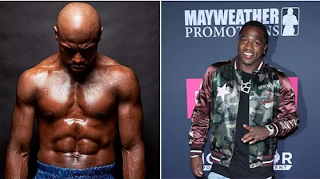 Former pound-for-pound boxing king Floyd Mayweather is to come out of retirement in September for a fight against Adrien Broner.

The 43-year-old, who retired from boxing in August 2017, announced his plans to return to the ring on social media last November.

And reports claim ‘Money’ will face Broner in September with an exact date still to be determined amid the coronavirus crisis.

Mayweather hasn’t fought in a professional fight since his 50th victory over Conor McGregor in 2017, but he took part in an exhibition bout against Japanese kickboxer Tenshin Nasukawa in December 2018.

He confirmed another comeback when he took to Instagram to say: “Coming out of retirement in 2020.”

Broner, meanwhile, most recently lost to Manny Pacquiao in January 2019. The 30-year-old hasn’t won a fight since February 2017, when he narrowly outpointed Adrian Granados.

Mayweather also said he’s working alongside UFC President Dana White who claims to have thrashed out a deal at a basketball game.

“It’s true, we sat at the [Los Angeles] Clippers game. We started talking and we literally got a deal done right there on the court,” he revealed.

“We shook hands, we have a deal, and if things play out the way that Floyd and I think they will, then I will probably sit down with Al Haymon in March and get a deal on paper.