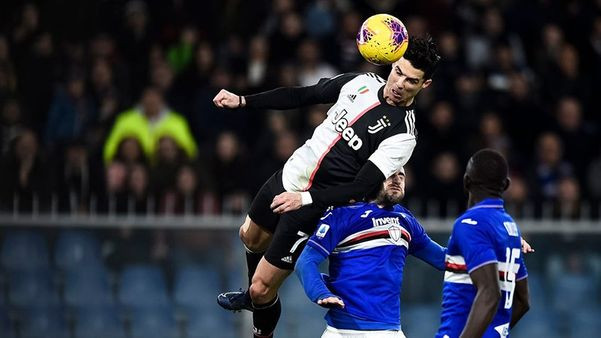 A leading scientist, researching into the possible link between dementia and football has urged the sport authorities to consider abandoning headers after a new study highlighted the risk of players developing neurodegenerative diseases due to repeated heading.

Dr Willie Stewart of the University of Glasgow says football should now come with a warning regarding the dangers of heading in the sport over the course of a player’s career.

Previous studies had shown that footballers are more at risk of dying with dementia or other neurodegenerative diseases than the general population and Stewart says a new study published in the journal JAMA Neurology provides the “missing link” between the disease and the sport.

“With the current data we’re now at the point to suggest that football should be sold with a health warning saying repeated heading in football may lead to an increased risk of dementia. That’s where we are now, that cannot be ignored,” Stewart is quoted as saying by The Guardian.

“In the previous study we didn’t have sufficient data to be able to look at the important factor: exposure to football. What we could say last time was that being a footballer meant your risk of dying with a degenerative brain disease was higher, but we couldn’t say what in football was doing it.

“Now, through using our surrogates for exposure to heading and brain injury, which are field position and length of playing the game, we can see that if you’re in a position where you’re exposed to a high level of head impacts or you play the game longer, your risk is higher.”

He added: “The data from this paper is the missing link in trying to understand this connection between sport and dementia. We put that together with what we know about the mortality risk… and there really isn’t anything else. There is no other proposed risk factor and this is one we could really address and eliminate this disease.