Tottenham and England midfielder, Dele Alli is reportedly looking for love on celebrity dating app, Raya, after being ‘dumped’ by his model girlfriend, Ruby Mae

The 24-year-old born to a Nigerian father, Kehinde Alli, a multi-millionaire businessman and British mother, Denise, is said to be ‘gutted’ after his girlfriend of five-years, 25, decided to end things, prompting his decision to join the exclusive platform used by the likes of Cara Delevingne, Adele, and Ben Affleck, Daily Mail reports.

In his Raya cover photo, Dele is pictured posing in a navy suit and grey tie while sipping on a beverage.

Speaking of his love life, a pal said to The Sun: ‘Dele’s still gutted about the break-up with Ruby but knows he’s got to look to the future.

‘His pride was dented but now he is open about starting a relationship with the right person.’

In February, Dele and his model girlfriend split up after the pair kept getting into blazing rows, insiders claimed.

Ruby was reportedly left ‘incensed’ over his behaviour and is understood to have ‘packed up her things’ and moved out of their £2million mansion. They also no longer follow each other on social media.

A source said to the publication: ‘Their relationship has been turbulent, but it now feels very much like the end.’ 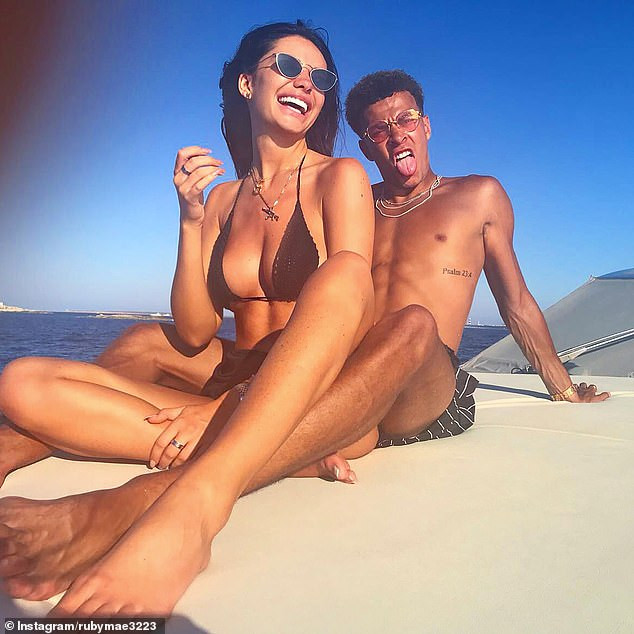