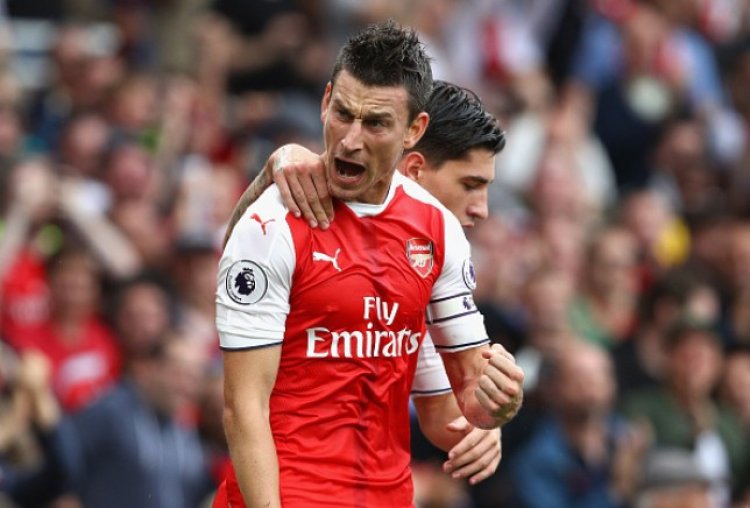 Former Arsenal captain, Laurent Koscielny has officially announced his retirement from football following his acrimonious departure from Bordeaux in January.

The 36-year-old made over 350 appearances for the Gunners and was the cornerstone of the club’s defence for almost a decade, playing a pivotal role in two consecutive FA Cup triumphs.

Kosicelny decided to call time on his career having spent the last two months as a free agent, but his spell with the Ligue 1 club ended on a sour note after he was frozen out of the team before being faced with the claims from fans.

Bordeaux ultras group UB87 have accused Koscielny of and team-mate Benoit Costil of a lack of leadership, and of 'scandalous, sometimes racist' behaviour, as reported by Sud Ouest. Koscielny says he is 'surprised, shocked and saddened' by the claims.

A statement read: 'Following the article published in the Sud Ouest newspaper on March 22, 2022 entitled "Girondins de Bordeaux. Costil and Koscielny, accusations of racism that shake", Laurent Koscielny was surprised, shocked but also saddened by the remarks made by one of the representatives of the Ultramarines 87 Group against him, which the press is now echoing.

'Without there being any ambiguity, he strongly disputes these accusations which have seriously [damage] him and which have repercussions on his family and those around him.

'In this regard, Laurent Koscielny underlines that the investigative work of the Sud Ouest newspaper which solicited more than thirty people (according to the journalist's statements) who formally denied the alleged racist behavior of Laurent Koscielny.

'As a reminder, if Laurent Koscielny has not been part of the professional staff of the club since the end of January 2022, he recalls that he is still an employee of the Girondins de Bordeaux.

'On this point, Laurent Koscielny intends to specify that he has decided to hang up his [boots] when he would have preferred to help the club on the [pitch]. Aware that the club was in difficulty, he accepted the proposal made to occupy a new [role] and to release [his] salary [as] proof of the concern he has for the best interests of the club.

'As such, he would like to thank the club for the mark of confidence shown in him by entrusting him with this position. This mission is the extension of a career that has commanded the respect of all of his partners, coaches and staff that he has worked with both in the club and in the France team.

'Laurent Koscielny also shares the club's position, which recalled in its press release that "no document aimed at supporting these allegations has been brought to the attention of the Club, which in principle intends to exercise the greatest caution".'

Main chick flogged by boyfriend and alleged side chick after she and her friends...

EPL: Ozil had problems with everyone at Arsenal, fell out...