Funke Akindele was called “stingy” for not doing giveaway and she has responded.

The filmmaker was asked to do giveaway on Twitter but she declined.

Responding,  Funke wrote: “And I’m not stingy oh. Time just get as e be this days.”

The follower who called Funke stingy was called out and he later apologized to the actress. 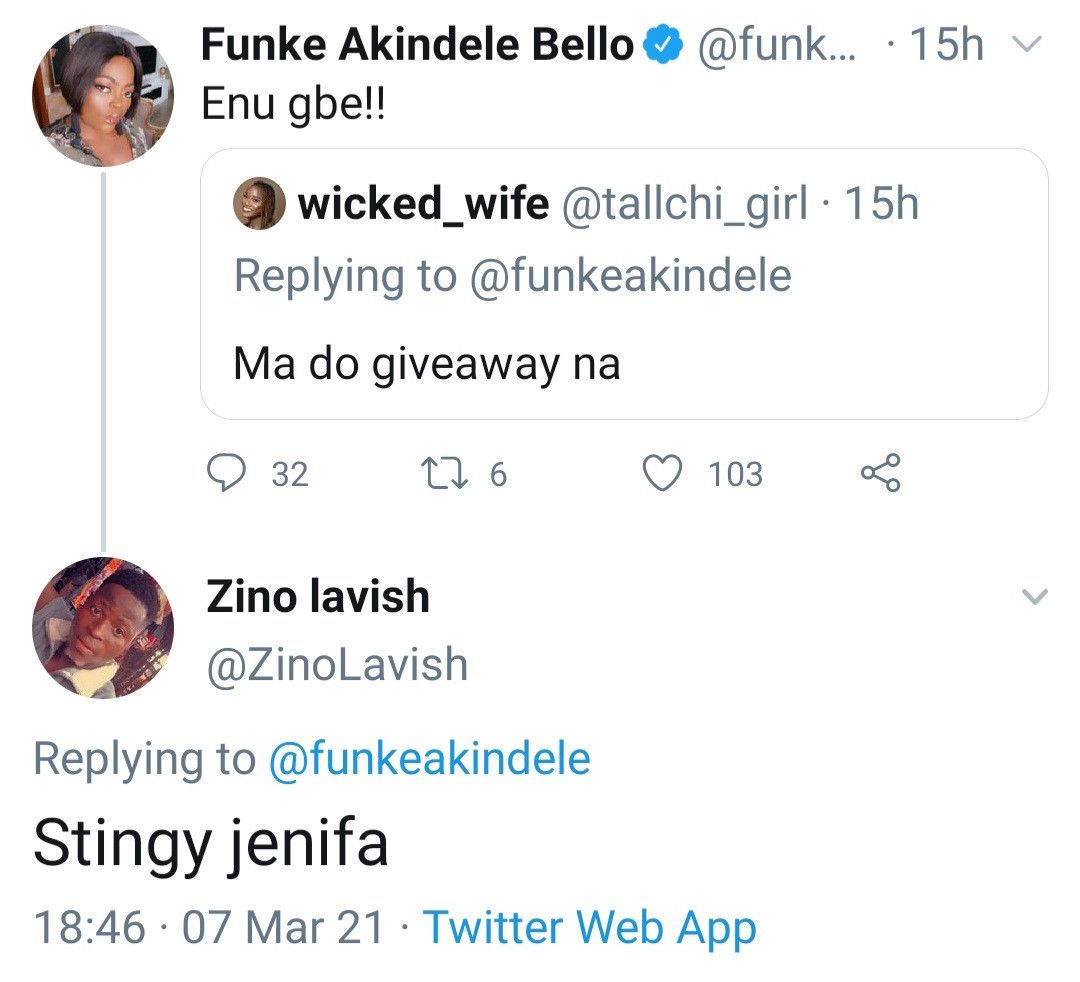 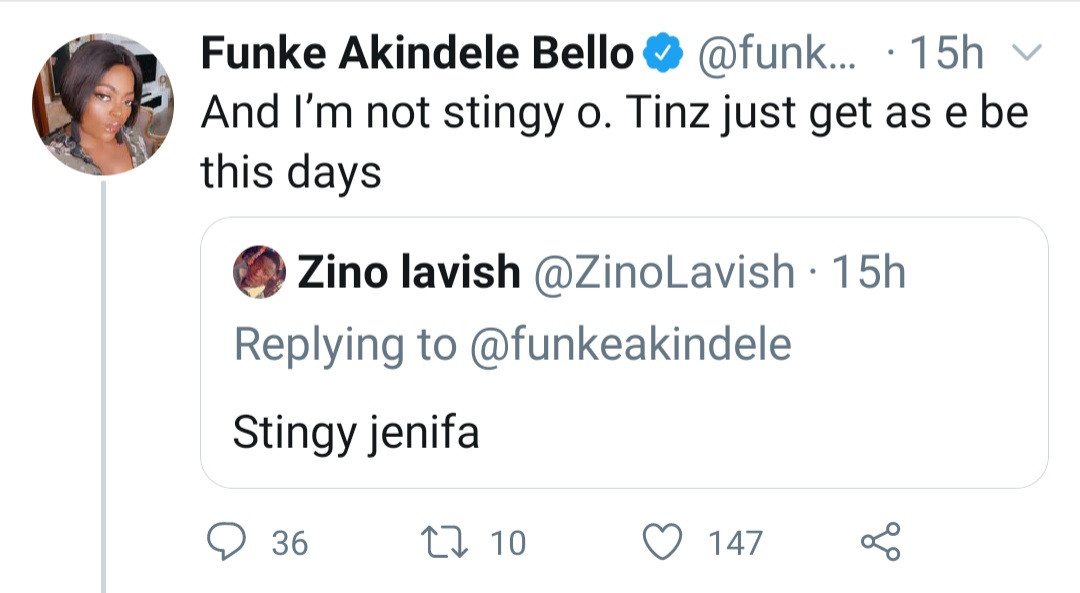 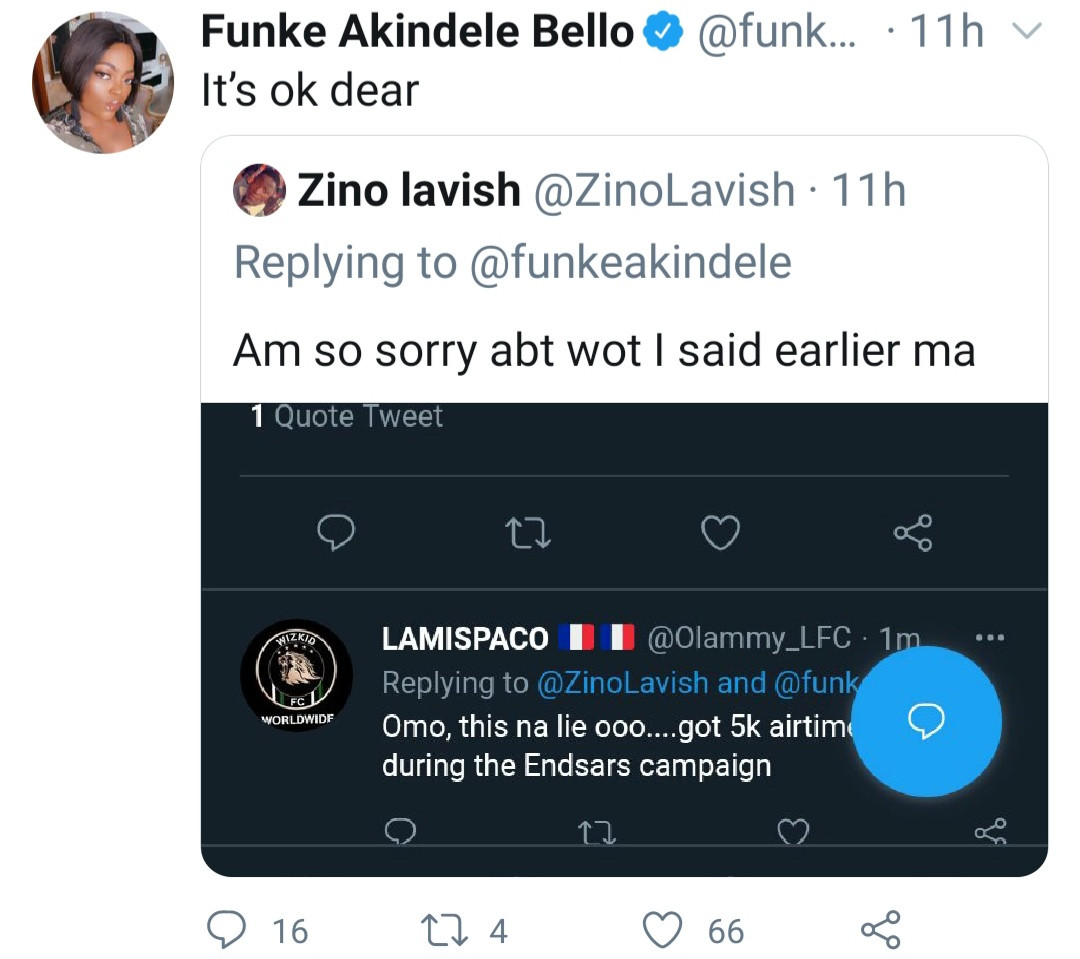