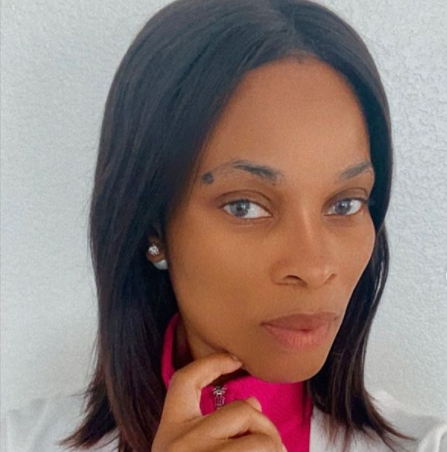 A number of people, including celebrities, have slammed the recent Texas abortion ban and former Nigerian actress Georgina Onuoha has weighed in.

A new law went into effect in Texas that bans abortions after about six weeks of pregnancy.

The law, which came into effect on Wednesday, September 1, after the US Supreme Court did not intervene, restricts access to abortions. As of July 11, 2021, 30 cities in Texas have enacted local abortion bans.

A number of foreign celebrities have criticized this law while pro-life activists declared their support for the law.

Speaking against the new law, Georgina Onuoha, a former Nigerian actress now based abroad, shared screenshots of news articles about girls raped and impregnated by their fathers as she asked why such girls shouldn’t have access to safe abortion. 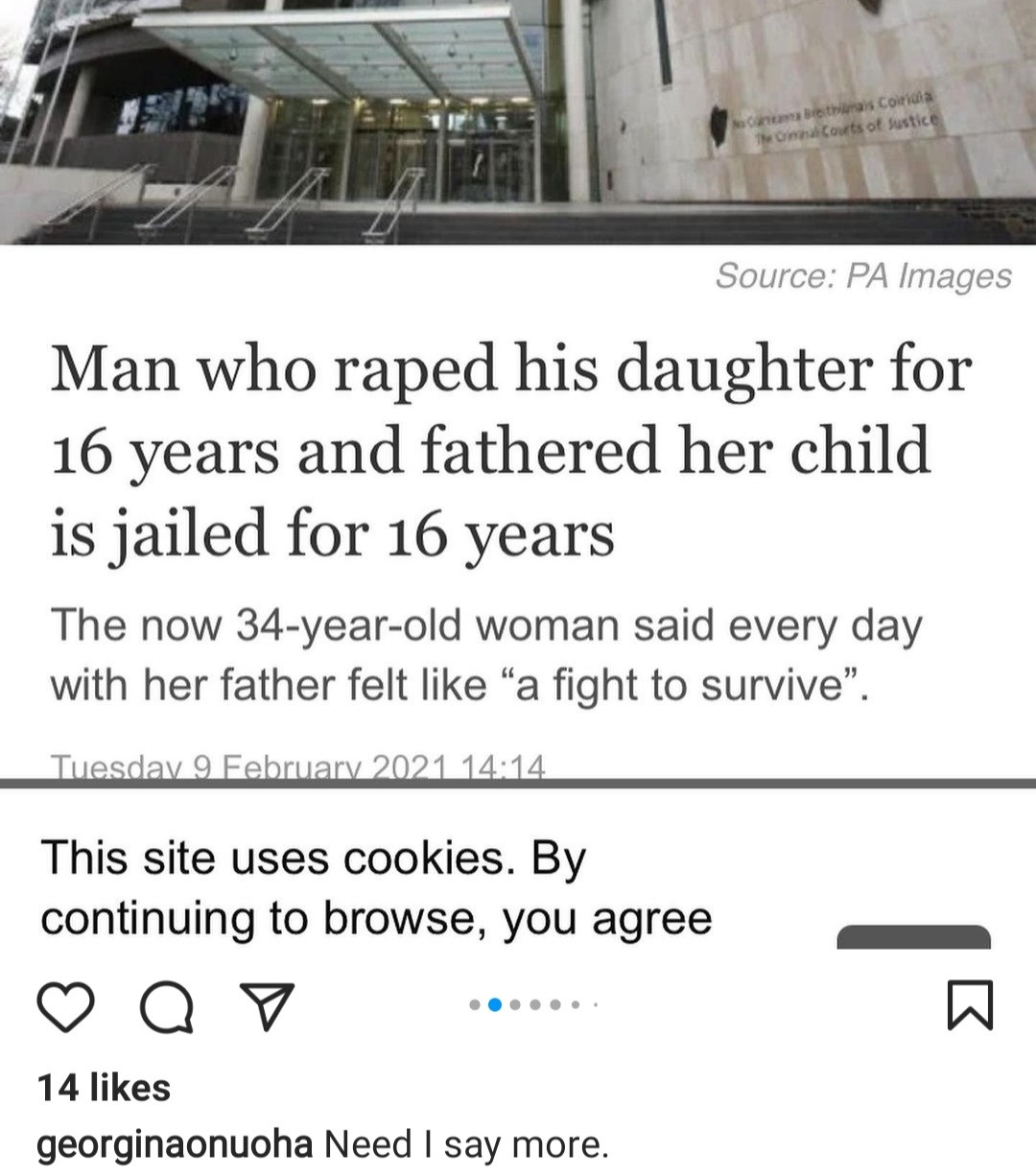 She added that working in pediatric and adolescents psychiatry made her see the damage rape and incest can do to young women.

She then slammed those who made the “crazy laws” and asked them to stop trying to regulate a woman’s productive rights and health. 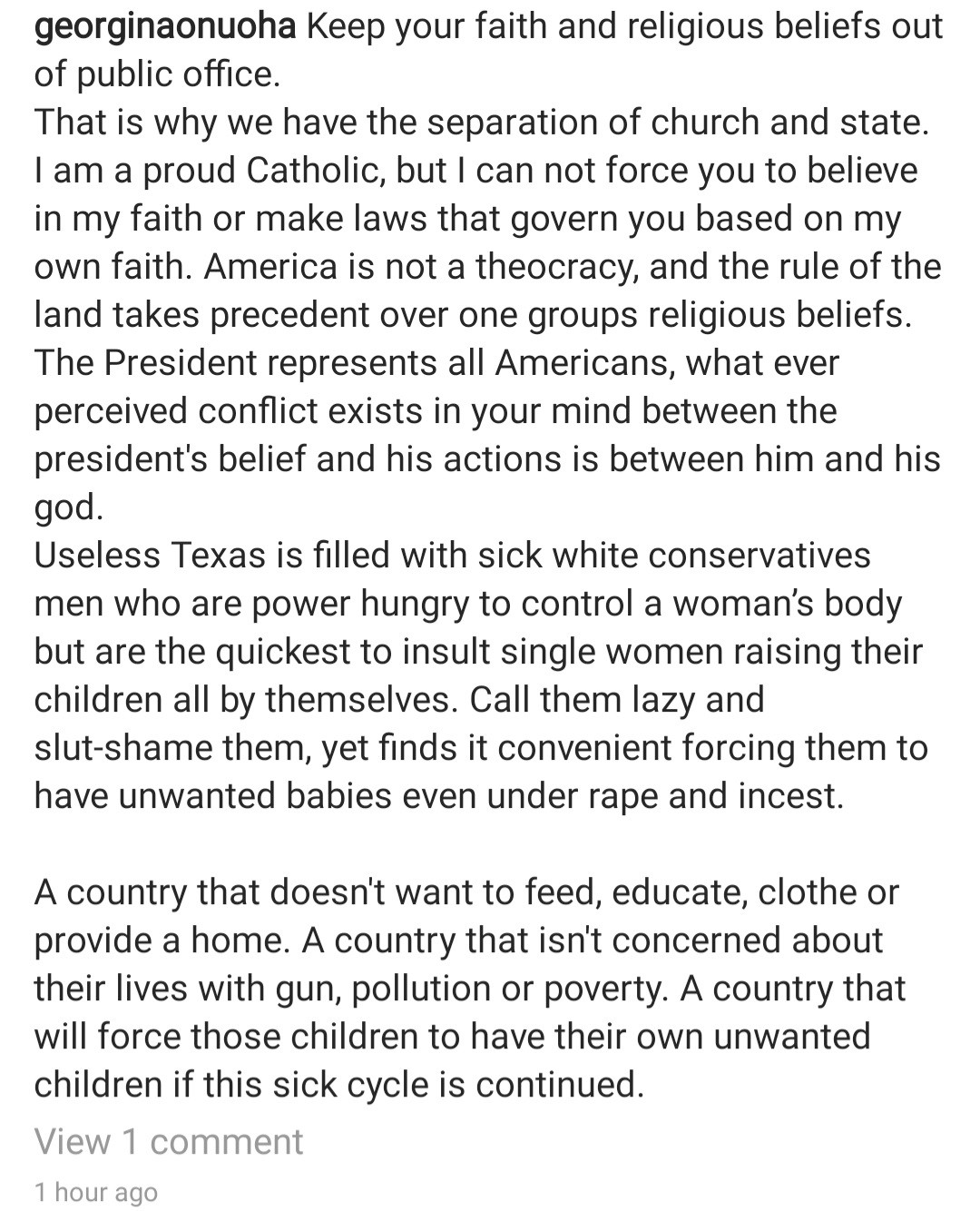 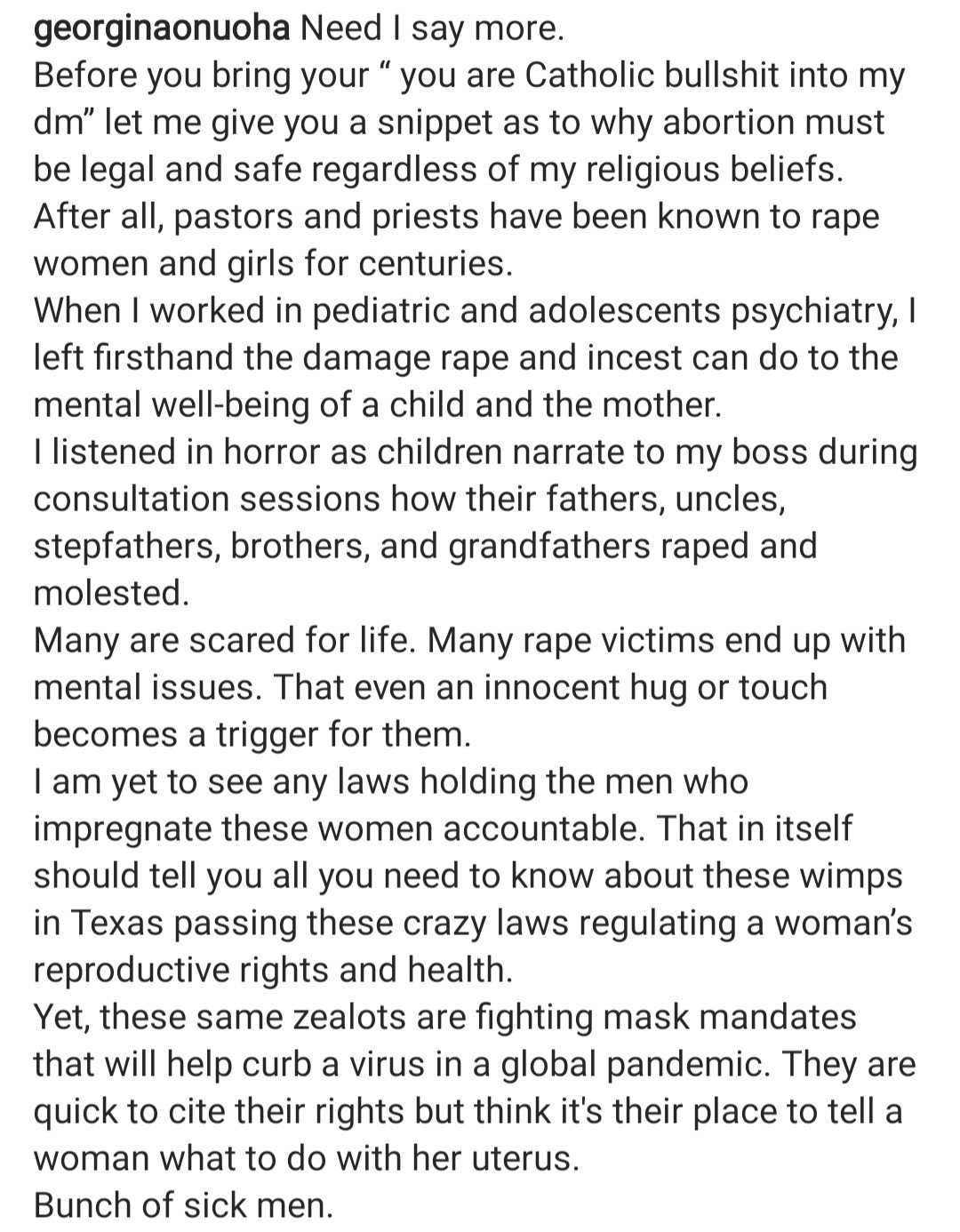