Borussia Dortmund assistant coach Otto Addo has been named as one of two deputies for new Ghana boss Milovan Rajevac.

The 46-year-old makes a return to the Black Stars after featuring for the side between 1999 and 2006 during his playing days, the highlight being his appearance at the 2006 Africa Cup of Nations and the 2006 World Cup in Germany.

At a press conference to announce Rajevac as Ghana’s new boss, the Ghana Football Association revealed the ex-winger will combine his latest national role with his job as assistant coach of Dortmund. 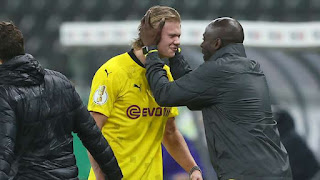