Yomi Casual has thanked his wife, Grace Makun, for all the things she’s done for him, including choosing him despite having a “better option 4 years ago.”

The fashion designer and his wife are celebrating their wedding anniversary today.

In a post to mark the day, Yomi, who shares two kids with Grace, thanked her for encouraging him to have their kids abroad.  He said it’s his biggest achievement ever.

He also thanked her for other things, including for cutting down their wedding reception cost and for being content with what he has to offer. 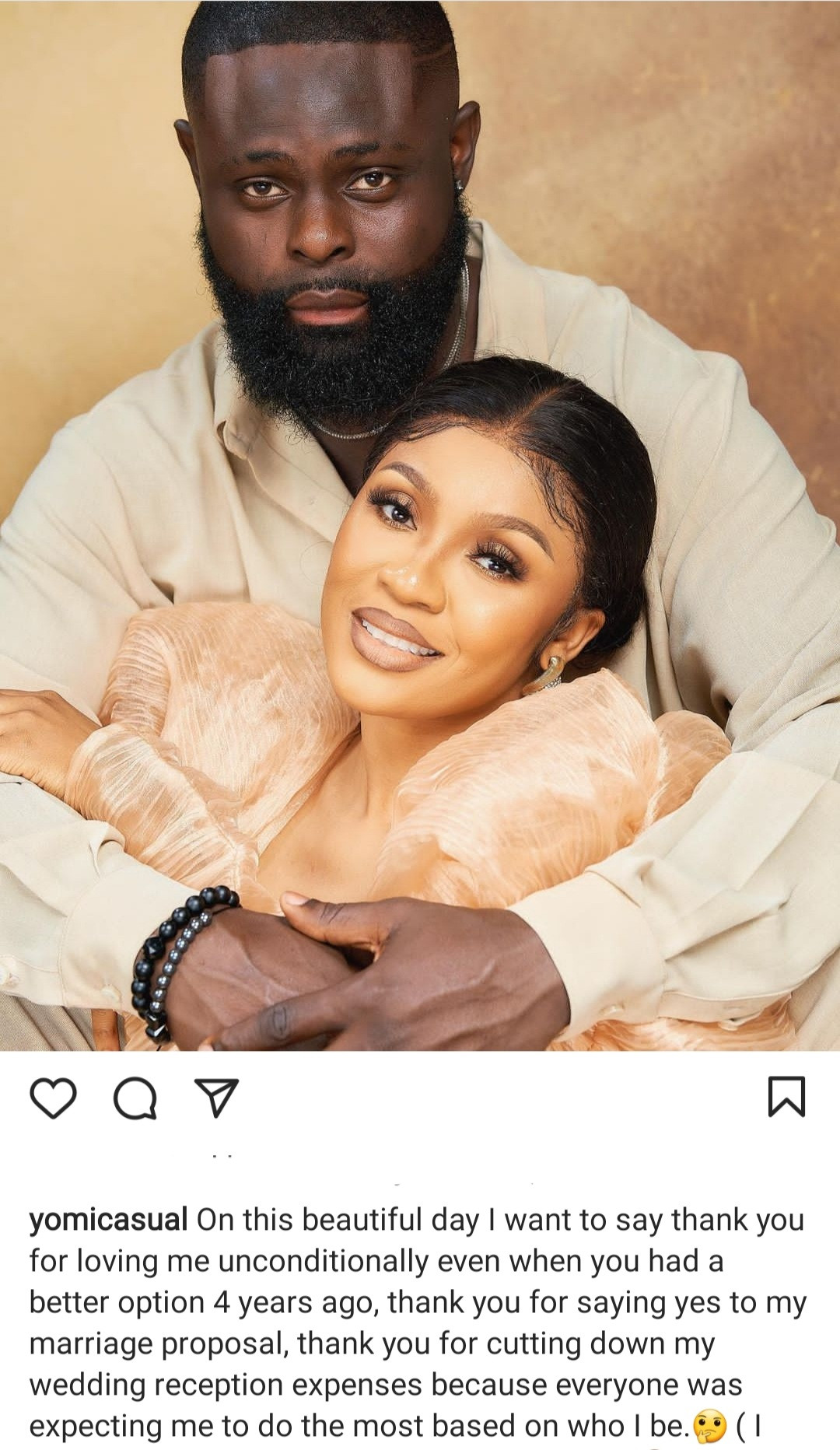 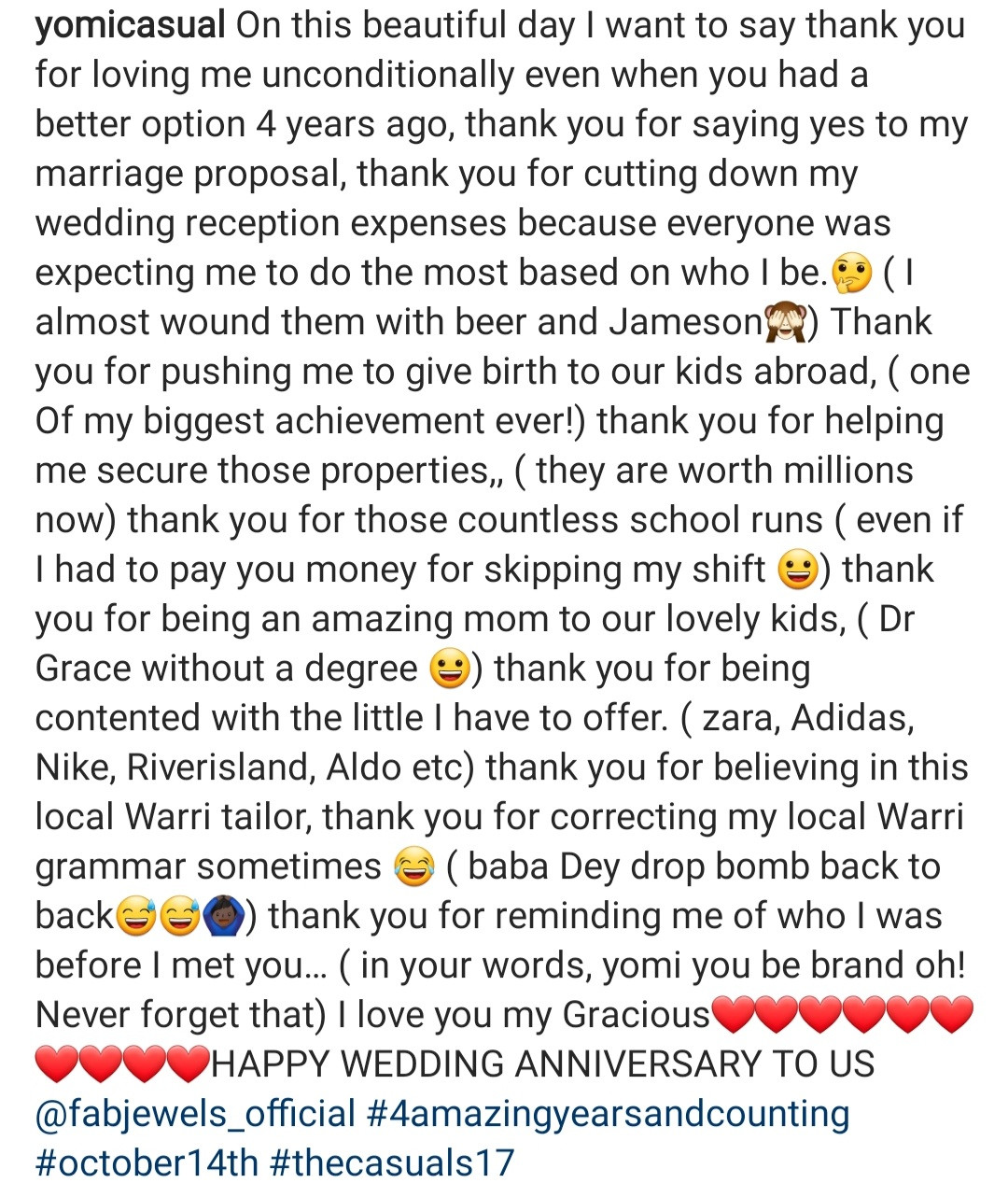