Bobrisky has called out his fellow Crossdresser, Michelle Page,

Michelle in recent times has shown her displeasure at Bobrisky and has come out to condemn him for attacking their colleague, James Brown.

In a post shared on his IG page this afternoon, Bobrisky asked Michelle to change his phone first before coming for him. He also sent a message to all crossdressers in Nigeria. According to him, he will be sitting on their glory till he retires.

”What is dis.. Is dis not someone father trying to hustle by wearing wig and painting face. Let advice dis person to change his phone first. Now let talk about his wig who is d hair vendor, what happen to his man lip. Lastly from those big finger your will know he is an old man.”he wrote

”Dis messages is for those crackheads trying to be like bobrisky. World has only one bobrisky !!!!!!!! I promise I will never let anyone of u known. Since you all wanna be stupid I will be here sitting on your glory. Non of you will shine till I RETIRED !!!!!!!!!!!!!!! Don’t forget I’m d MOST CONTROVERSIAL IN AFRICA. Una don jam” 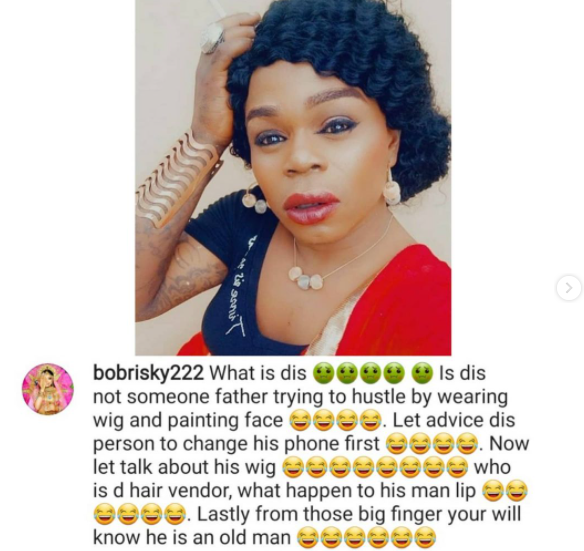 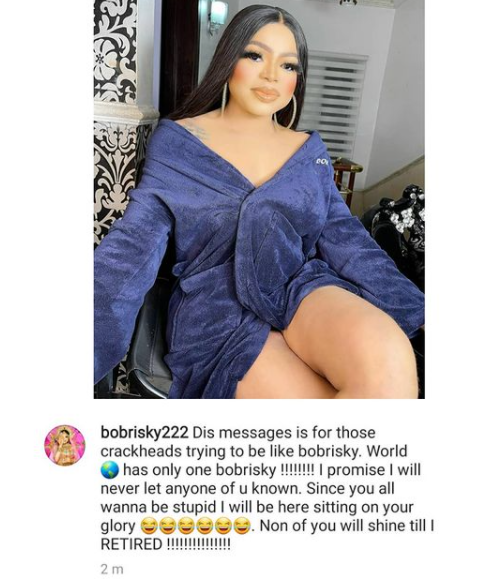 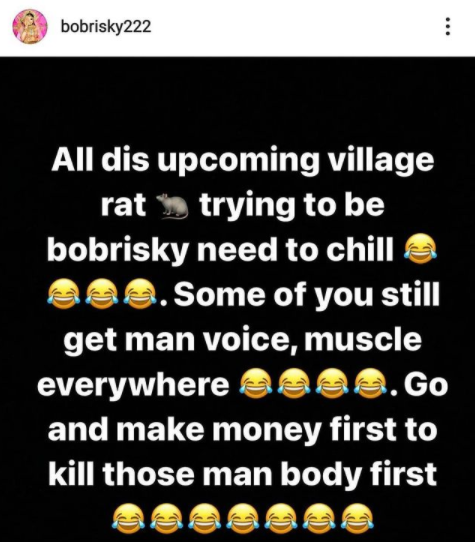