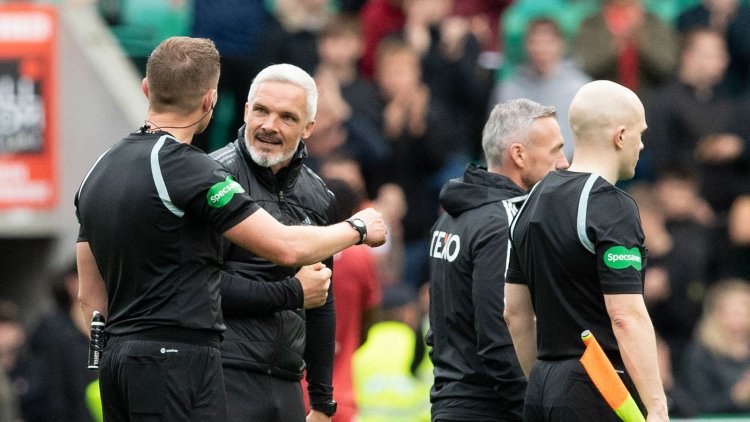 Aberdeen manager Jim Goodwin has been charged by the Scottish FA after accusing Hibs defender Ryan Porteous of "blatant cheating".

Goodwin has been issued with a notice of complaint for "making comments of a discriminatory or offensive nature" after Saturday's 3-1 defeat at Easter Road.

The Dons boss was furious after referee David Dickinson awarded Hibs a first-half penalty after Porteous went down in the box after a tussle with on-loan defender Liam Scales.

He was further angered when Scales was shown a second yellow card for the incident before Aberdeen let a 1-0 lead slip and lost 3-1.

After the game, Goodwin said: "I don't know how many times the boy Porteous can get away with that kind of stuff.

I actually had a laugh and a joke with the referee prior to the game to make him aware of it. Unfortunately, just before half-time, he was sucked in hook, line and sinker.