Abia State Governor, Okezie Ikpeazu has re-echoed the call for a new Nigerian constitution, which will evolve from the will of the people and not foisted on Nigerians like the present 1999 Constitution.

Ikpeazu posited that the new Constitution will restructure the country and devolve more powers to the federating units, entrench resource control by the states, establish federal, state, and local government police formations and be more responsive to the protection of the rights of all citizens, as well as provide a level playing field where all Nigerians will be treated equally. 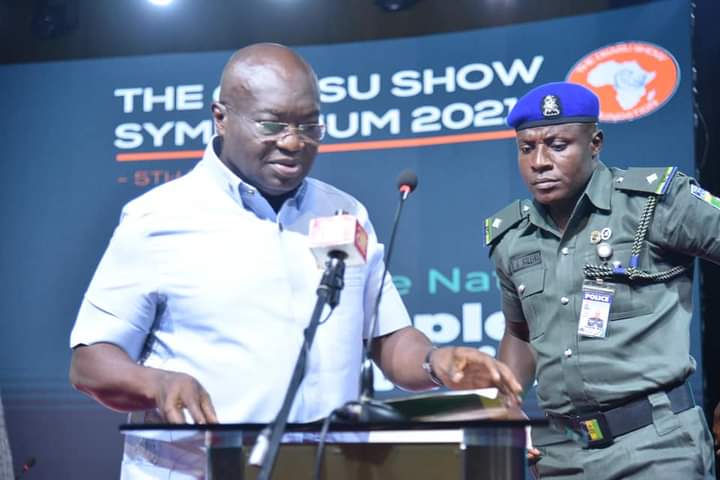 The Abia Governor made these calls today as Keynote Speaker at the 5th Osasu Show Symposium with the theme, “State of the nation, the Peoples Constitution” held at the International Conference Centre in Abuja.

It was contained in a release issued to journalists in Umuahia, the state capital by Onyebuchi Ememanka, the Chief Press Secretary to Governor Ikpeazu on Monday.

Ikpeazu stated that the major fundamental flaw of the present constitution is that it lacks the ownership of the people which is a key ingredient that clothes Constitutions with the requisite legitimacy.

While elucidating on the sources of a Constitution, the Abia Chief Executive noted that the road to a proper constitution involves processes through which the voice and views of the people can be found. 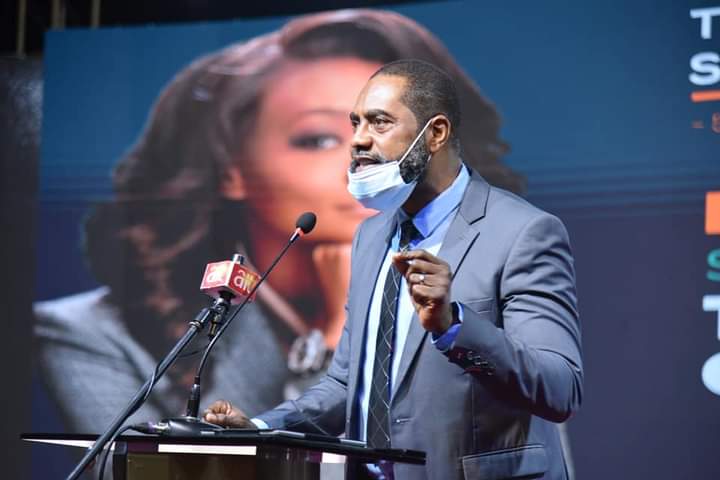 According to him, “these could be through constitutional conferences, referenda, Acts of parliament, Judicial precedents, customs of the people, conventions, etc. Drawing inference from constitutions of other countries like the USA, Argentina, South Africa, Tanzania, etc”.

The Governor added what Nigeria currently has is a constitution handed down by military fiat complete with all the nuances of totalitarianism with a very powerful President, Governors and even Local Government Chairmen across the country.

This military mindset, the Governor further opined, was the reason for unduly concentrating powers in the federal government in areas where it ordinarily has no business with.

He said, “this needless concentration of powers in the federal government especially in the areas of security, revenue generation and allocation, resource control has stifled growth in the states and local governments, making them “parasitic appendages of a powerful federal government”. 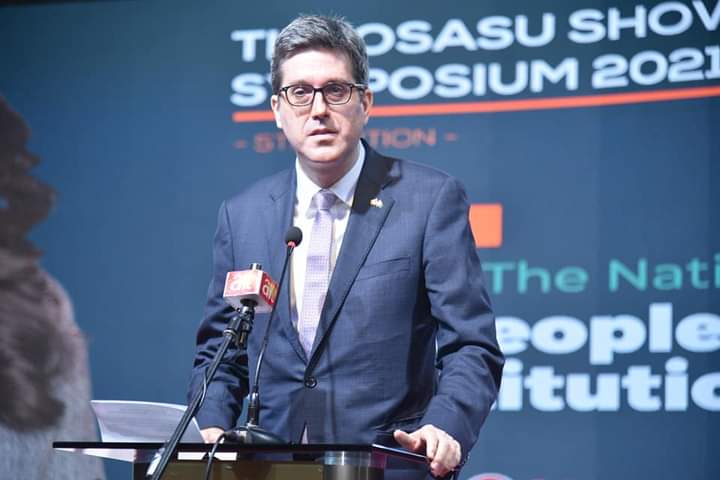 “A situation where states look forward to monthly receipts from Abuja has killed hard-work and initiatives, recalling the first Republic when the regions thrived well when they were quasi independent”.

On Security, Governor Ikpeazu decried a situation where a State Governor in Nigeria cannot take actions to manage an urgent security issue because by virtue of the proviso to Section 215 (4) of the Constitution, the Commissioner of Police in a state may request that a matter be referred to the President or minister.

According to him, the existence of a single national police outfit is at variance with the federal system of government and this has led to the establishment by different states in the country of vigilante outfits and other forms of security and traffic management teams.

On resource control, he decried a situation where some office of the Federal Government in Abuja hands out licenses to people to exploit mineral resources in states without any recourse to the states and even the local communities where these sites are located, and after these activities, these communities are abandoned with grave environmental problems.

The Governor also faulted the provisions of the present constitution for failing to provide proper qualification for leadership in Nigeria.

He wondered why a modern constitution in a modern time like this when science and technology is the order of the day, would prescribe a School Certificate as the qualification for the office of the President of Nigeria.

Our present constitution, Ikpeazu noted, is not autochthonous and as such is incapable of commanding the requisite quantum of social mobilizarion required to move forward, a multi ethnic, multi religious, multi lingual and multi cultural country like Nigeria.

Ikpeazu suggested that young Nigerians of between the ages of 20 and 35 be invited from both the Diaspora and locally, drawn across different professions – engineering, law, security, arts, education, architecture, economics, artisanship, etc to sit down and craft a new vision for our country.

“Their inputs can be inculcated into our new efforts towards a people’s constitution, “he concluded.

According to the release by Ememanka, “the event attracted an array of dignitaries. Vice President Yemi Osinbajo joined virtually while the Acting Canadian High Commissioner, Ambassador Nicolas Simmard delivered the opening address.

“Former Attorney General of the Federation and Minister of Justice, Mohammed Bello Adoke was also a speaker at the event which also featured panel discussions. 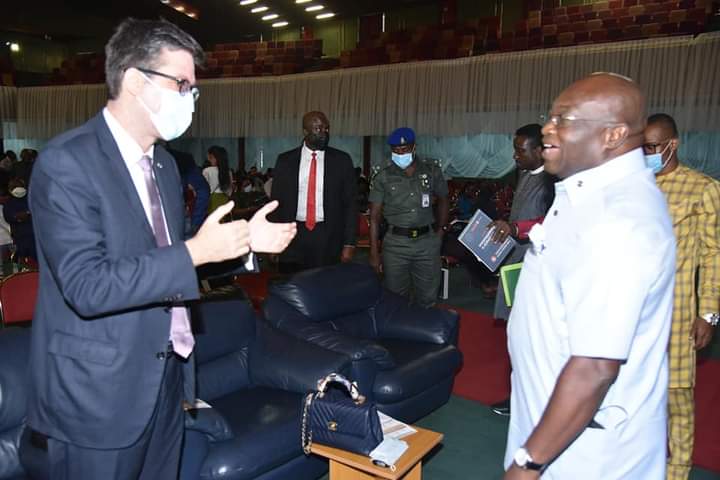 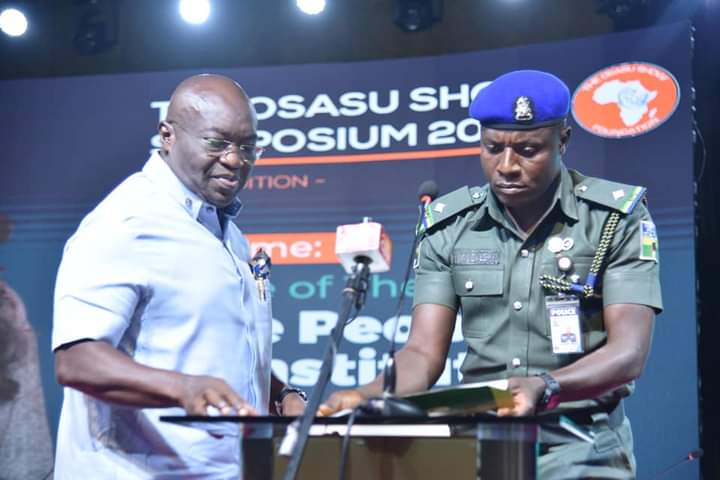 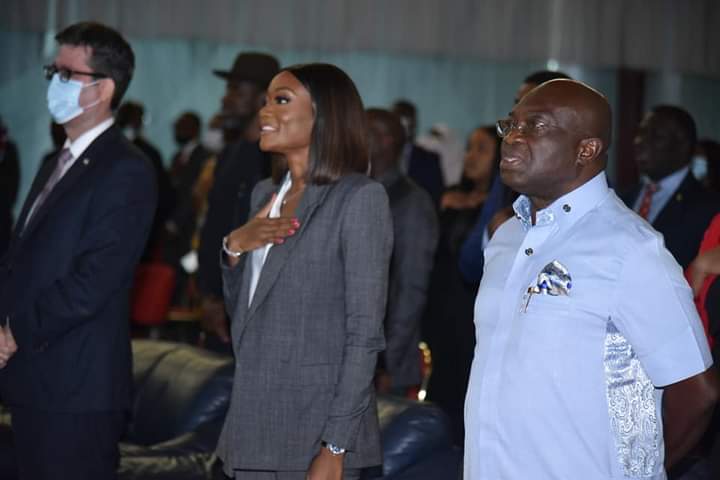 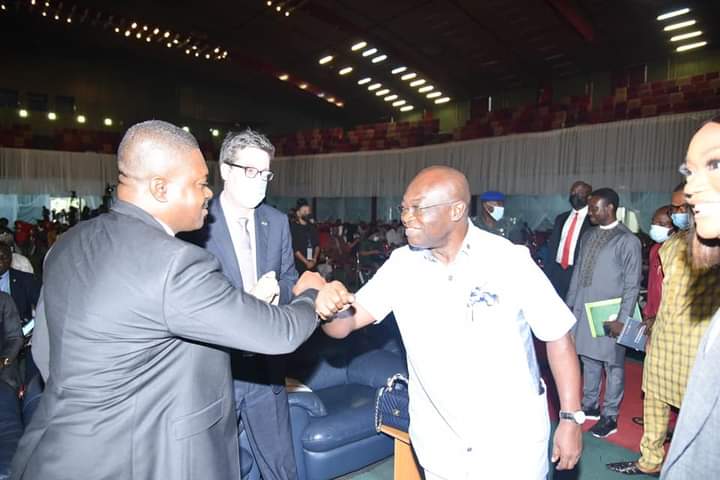 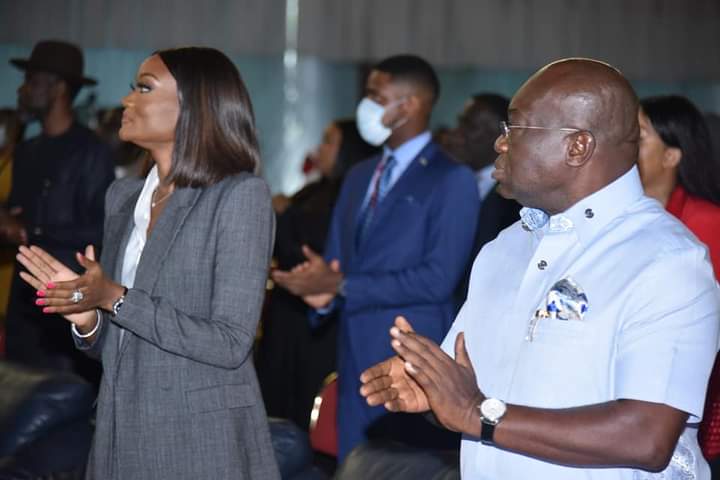 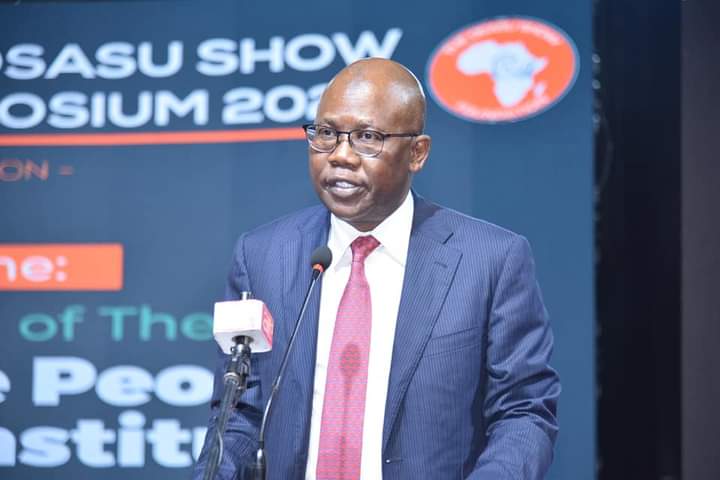