Jack Grealish has admitted that he is hoping to “follow in the footsteps” of Paul Gascoigne and Wayne Rooney by laying down a marker for England at Euro 2020.

Grealish won his ninth cap for the Three Lions on Tuesday night as Gareth Southgate’s side beat the Czech Republic 1-0 to qualify for the last 16 as Group D winners, and provided the assist for Raheem Sterling’s decisive first-half goal.

That Wembley outing was the Aston Villa playmaker’s first start of the tournament, but he is now aiming to emulate two of the most famous players in his country’s history and announce himself on the biggest possible stage. 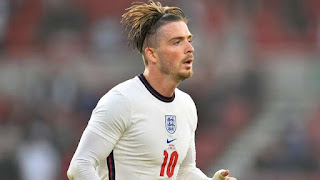